At Audible Treats, we pride ourselves on our ability to identify future stars and help usher them to the next level. In recent years, we’ve worked with Rod Wave, Lil Durk, Maxo Kream, and many others, as they embarked on their journeys from local heroes to national names. This year, we counted a special milestone, when 24kGoldn became the first Audible Treats alum to hit #1 on the Billboard Hot 100!

In 2020, there’s no prototype for a rap star–stars can come from any region, be of any gender, and might not even be legally able to drive. Our “Who’s Next” candidates for 2021 run the gamut of origins, but we believe that all of them have that star quality that will make them impossible to ignore. Don’t sleep.

Before we get to our selections, let’s take a look at how some of our 2020 picks fared in the past year: 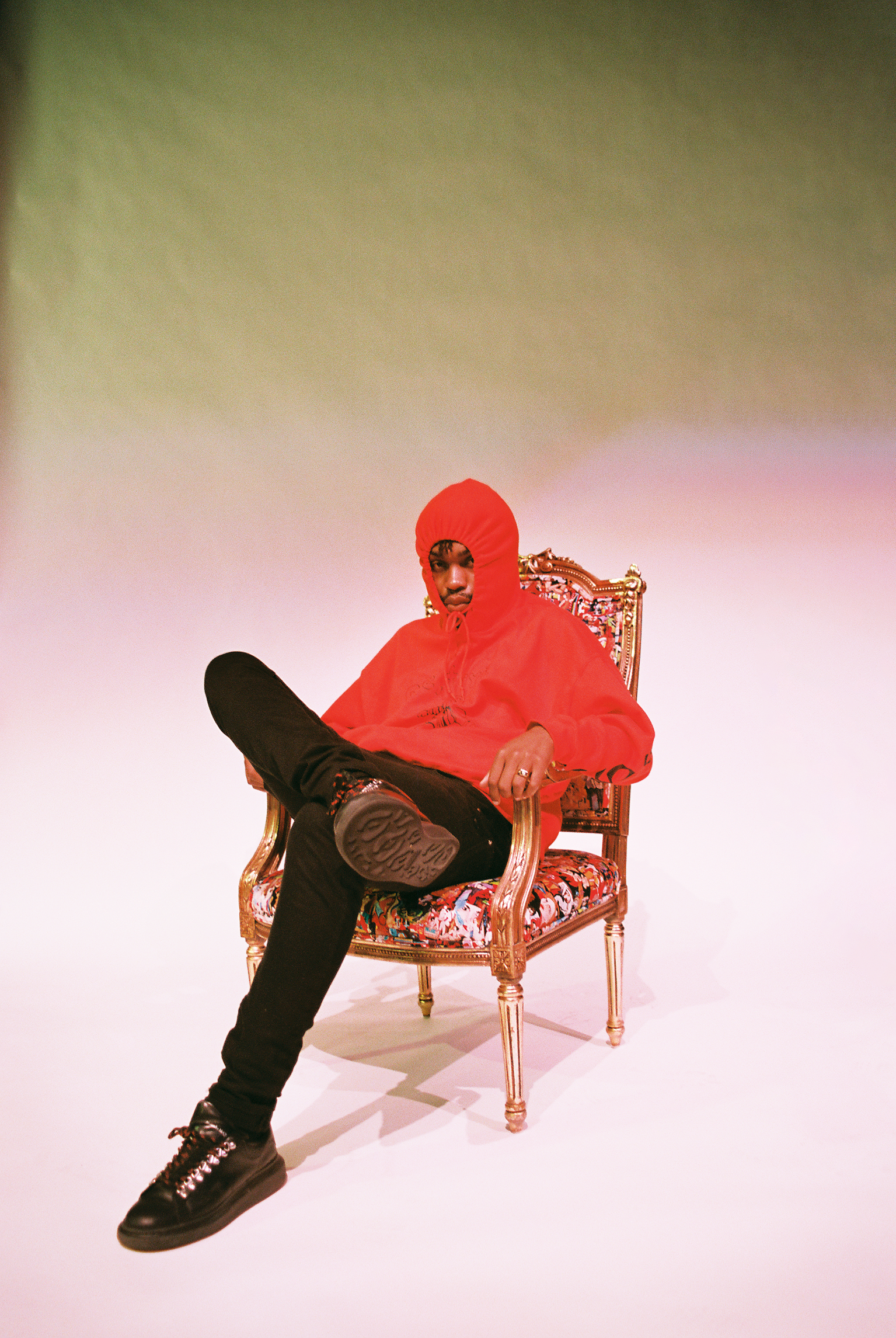 A misanthropic introvert with expert pop instincts, Florida rapper $NOT is quickly becoming one of his generation’s defining voices. Known for wearing his signature hoodie, which he wears wrapped tight around his face, $NOT has earned co-signs from the likes of Billie Eilish, who debuted his song “Sangria” as , and his song “Billy Boy” appeared in an episode of HBO’s Euphoria. $NOT completed a successful tour in Q1 2020, selling out venues across the country. The 22-year-old rapper has released hits like “GOSHA” (123 million Spotify streams), “Moon & Stars” ft. Maggie Lindemann (55 million), and “Beretta” ft. wifisfuneral (28 million), which appeared on his album – TRAGEDY+. $NOT connected with Cole Bennett for two interconnected videos–”Revenge” & “Mean ft. Flo Milli,” two highlights from his recently released Beautiful Havoc album, which demonstrated $NOT’s unrivaled ability to match punchy hooks with confrontational lyrics. Another highlight from the album, “Sangria” ft. Denzel Curry was a “World’s First” record, premiered by Zane Lowe on his Apple Music radio show. Stay tuned for $NOT to raise his game to a new level as he rushes into the new year with a head full of steam. 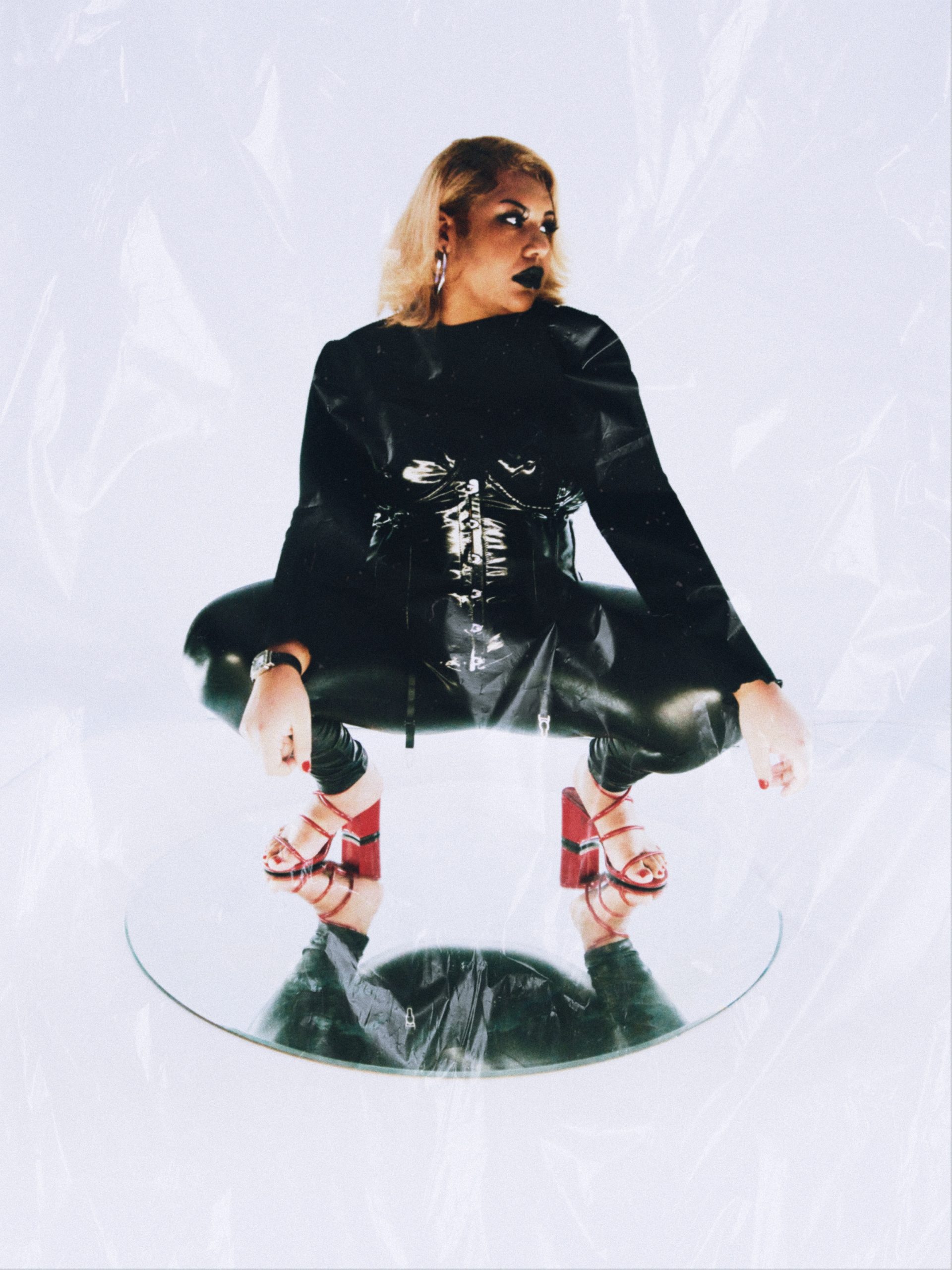 Fusing elements of pop, rap, R&B, shoegaze, and electronic music into an invigorating cocktail, Prado makes genre-bending anthems for bad girls. After cutting her teeth as a songwriter and on SoundCloud under the name AlienKanye, Prado started to her mark on the music industry in 2020, packing inventive sonic ideas into her effortlessly quotable jams. The Vancouver native released STRIP, her debut double-single for tmwrk records, which featured the atmospheric, hook-filled banger “STEPHEN” and the confident, incantatory sigh “DRIP” (praised by Complex) in October. She followed up STRIP with “Men In Black,” an anti-f*ckboy anthem that’s catchier than a nursery rhyme. In 2021, prepare to see Prado’s lyrics in more Instagram captions than you can count. 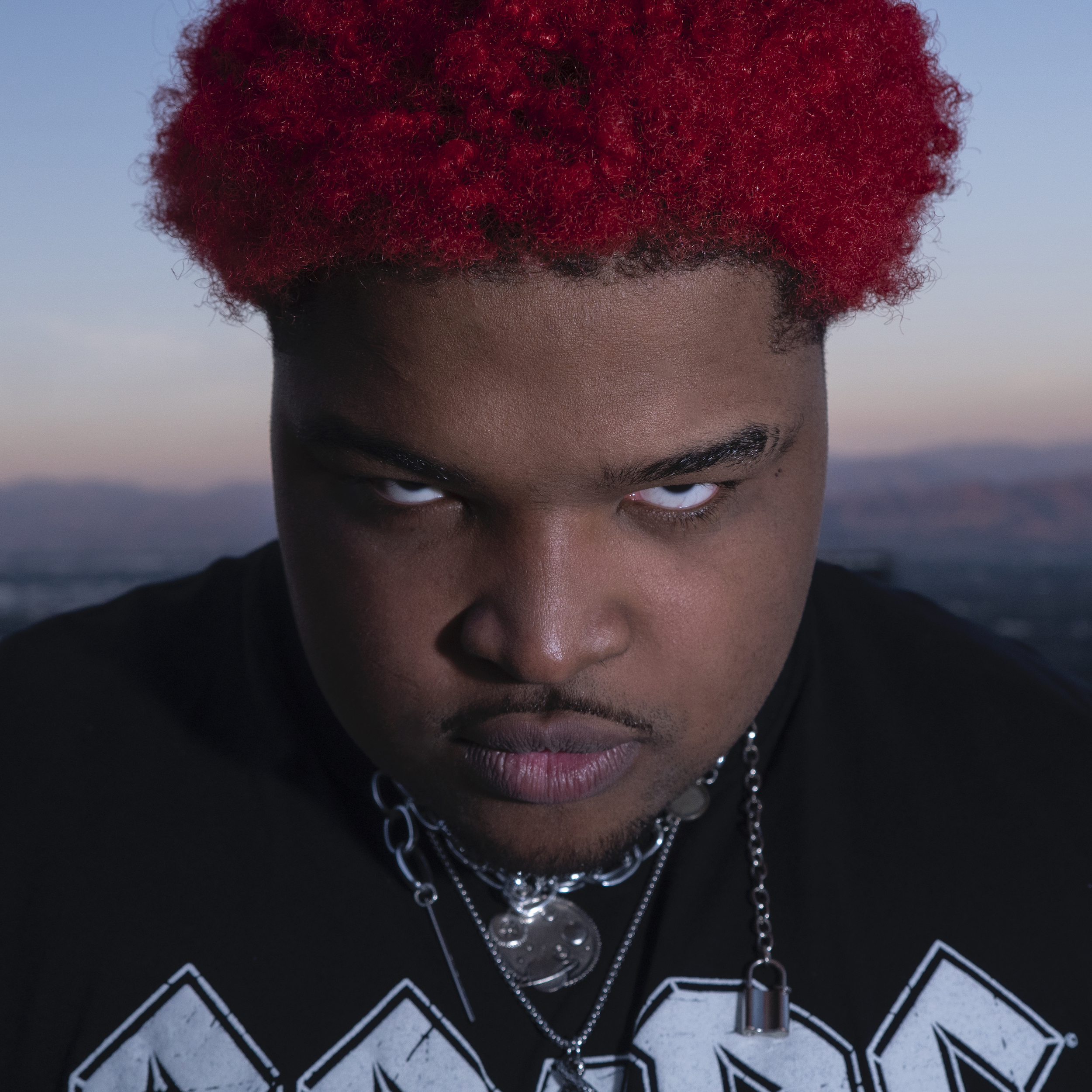 Mario Judah became an internet sensation for his operatic, hard rock-influenced vocals, macabre lyrics, and wild-eyed intensity. He trended worldwide in October 2020 when he released his song “Die Very Rough,” a bombastic and insidiously catchy story of revenge, which went viral on Twitter, YouTube (9 million views, plus 2 million on its lyrics), and TikTok. The rapper recently recorded a Genius Verified for “Die Very Rough,” surpassing a million views in less than a week. Mario is a massive fan of Playboi Carti, and inspired by Carti’s latest album tease, an impatient Mario recorded Whole Lotta Red in the style of Playboi Carti, impersonating his voice and crafting beats that fit Carti’s futuristic aesthetic. The Florida native, who started his career as a producer and didn’t start singing until January 2020, is working hard to bring his dark and dramatic aesthetic to the mainstream. You have been warned…there’s no running from Mario Judah’s impending takeover. 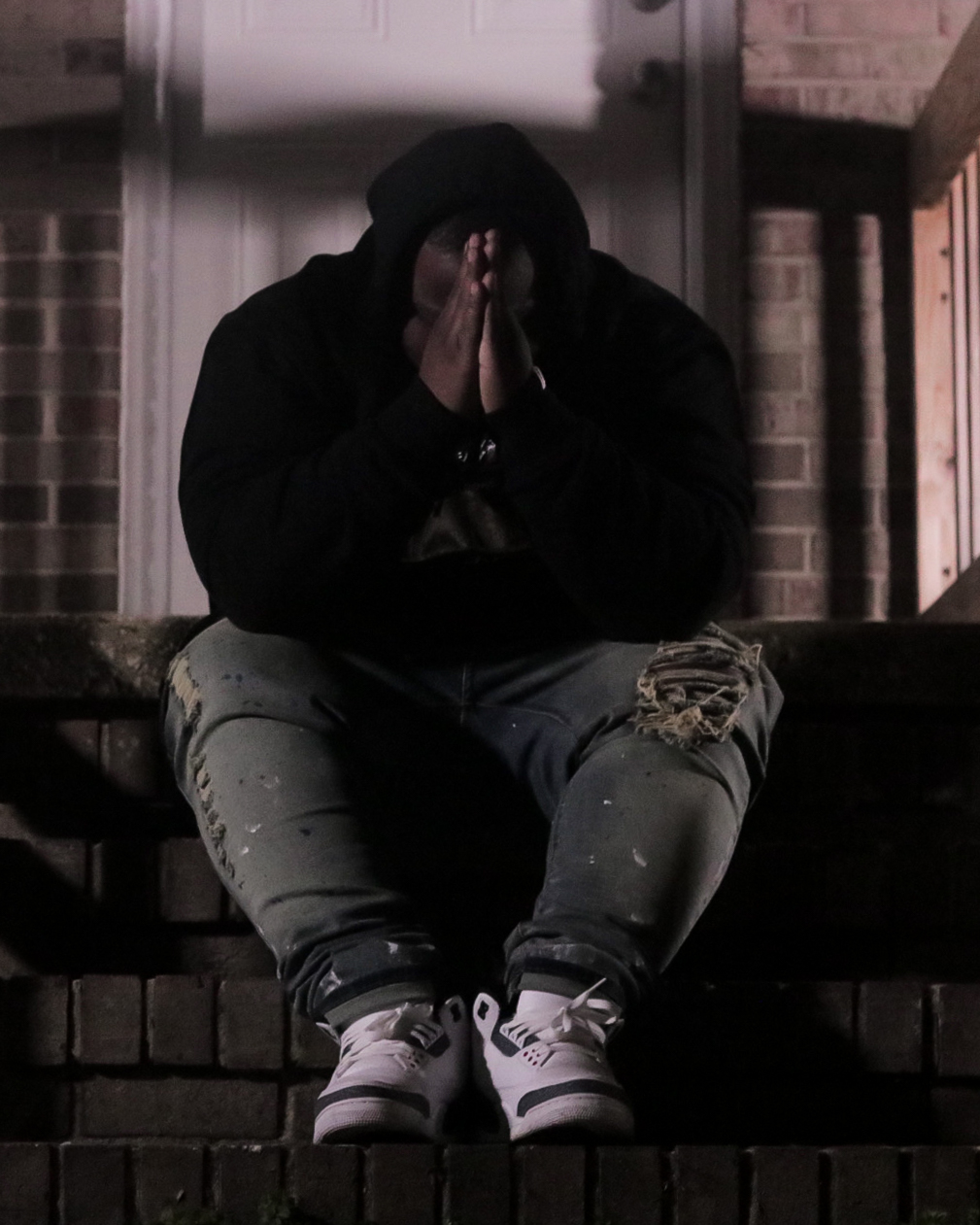 With a church-trained voice and an infectious charm, Fayetteville, North Carolina rapper Morray is a readymade star. His debut single “Quicksand” racked up over 6 million views in fewer than two months of release, and earned over 800k Spotify streams after its inclusion in the Most Necessary, The Realest Down South, and Fresh Finds playlists. “Quicksand” earned powerful co-signs from the likes of fellow North Carolinian J. Cole, superstar DJ Marshmello, rap icon Rick Ross, and most importantly, Morray’s mom. He recently released his heartfelt follow-up single “Switched Up,” as well as the intimidating “Low Key,” and is currently hard at work on his debut project. 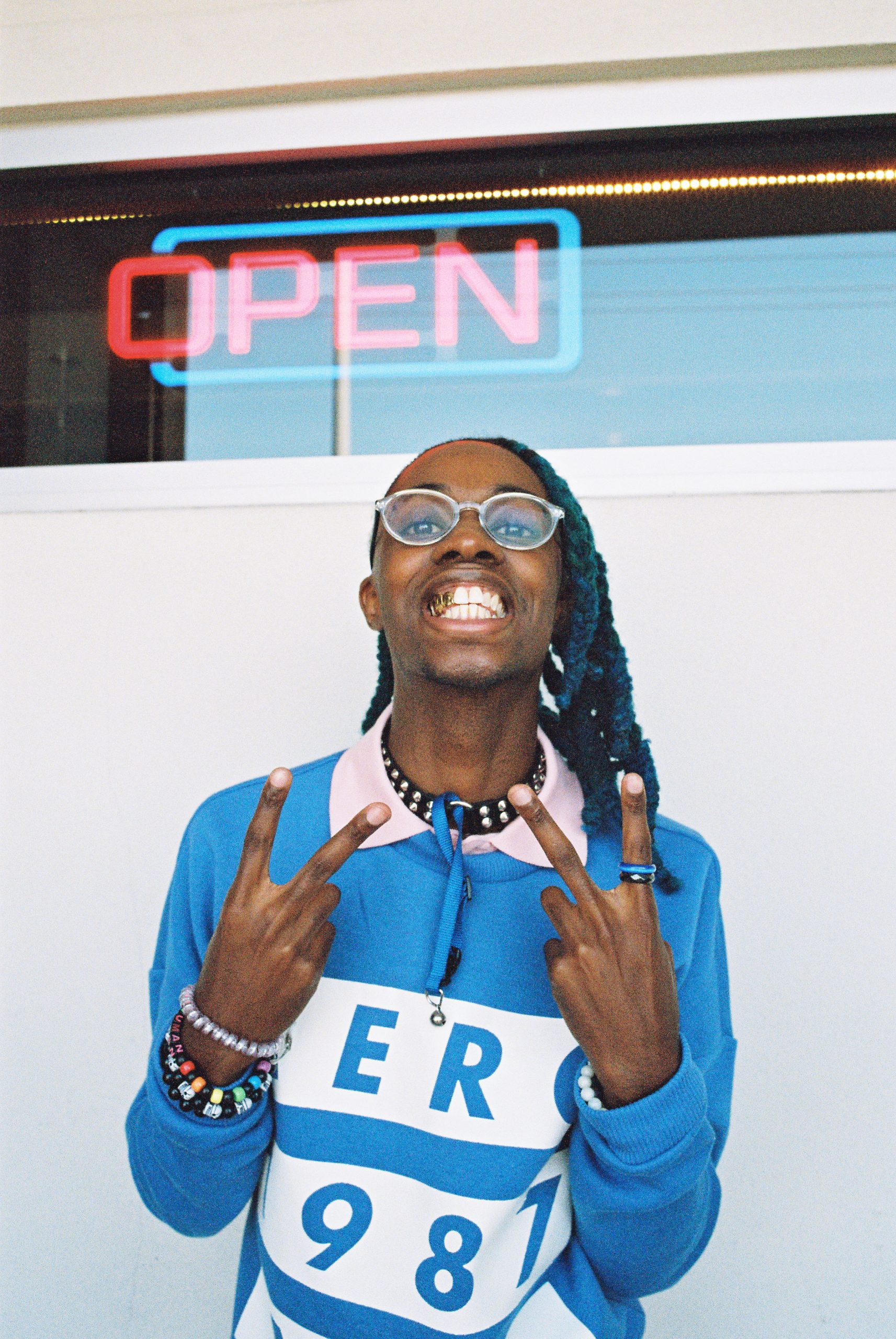 Beloved by TikTok teens and rap critics alike, TisaKorean is rapidly taking over the world with his otherworldly dance-rap. After spearheading “#thewoah” in the late 2010s, Tisa stormed into 2020 with “The Mop,” a viral sensation that became the first major dance craze of the 2020s. With over 50 million streams across platforms, “The Mop” earned the attention of a growing array of celebrities, including LeBron James, Lil Uzi Vert, Marshmello, James Harden, Diplo, Chance The Rapper, Tim Westwood, and dozens of football and basketball athletes. The Houston native spent the rest of 2020 showing off his expansive creativity, releasing self-produced beat-shifting songs like “Bate Onna Bo,” trying his hand at EDM with the Father-featuring “Rocky Road,” and flexing his melodic muscles on his new album Wasteland. The 24-year-old even dabbled in linguistics, coining his own new language. Working tirelessly to evolve his craft and with some high-profile collabs on the way, start paying attention to TisaKorean before the whole world starts speaking Tisinese. 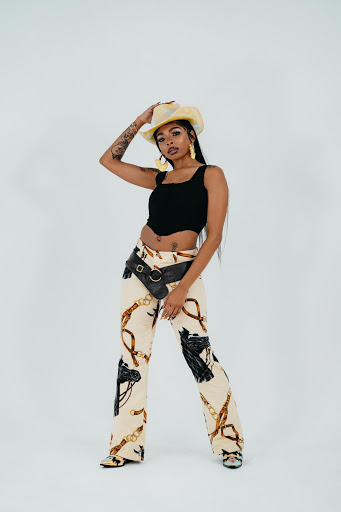 Bursting out of Beaumont, Texas, a small city with a population of 100k that sits 1 hour east of Houston and 30 mins west of the Louisiana border, Big Jade built an online following with her unapologetic realness. In popular videos like “RPM,” “Phone Jumpin,” and “Respectfully” ft. BeatKing and Queendome Come, Jade exists in her element, showing off her rapping ability while styling hair, her longtime day job. Her brief, but visceral Texas trap bangers caught the attention of Houston heavy-hitter BeatKing, who took her under his wing and offered her guest verses and some of his fieriest beats. Now signed to Alamo Records, Big Jade is ready to make the leap from being the pride of North Beaumont to a nationally recognized star. 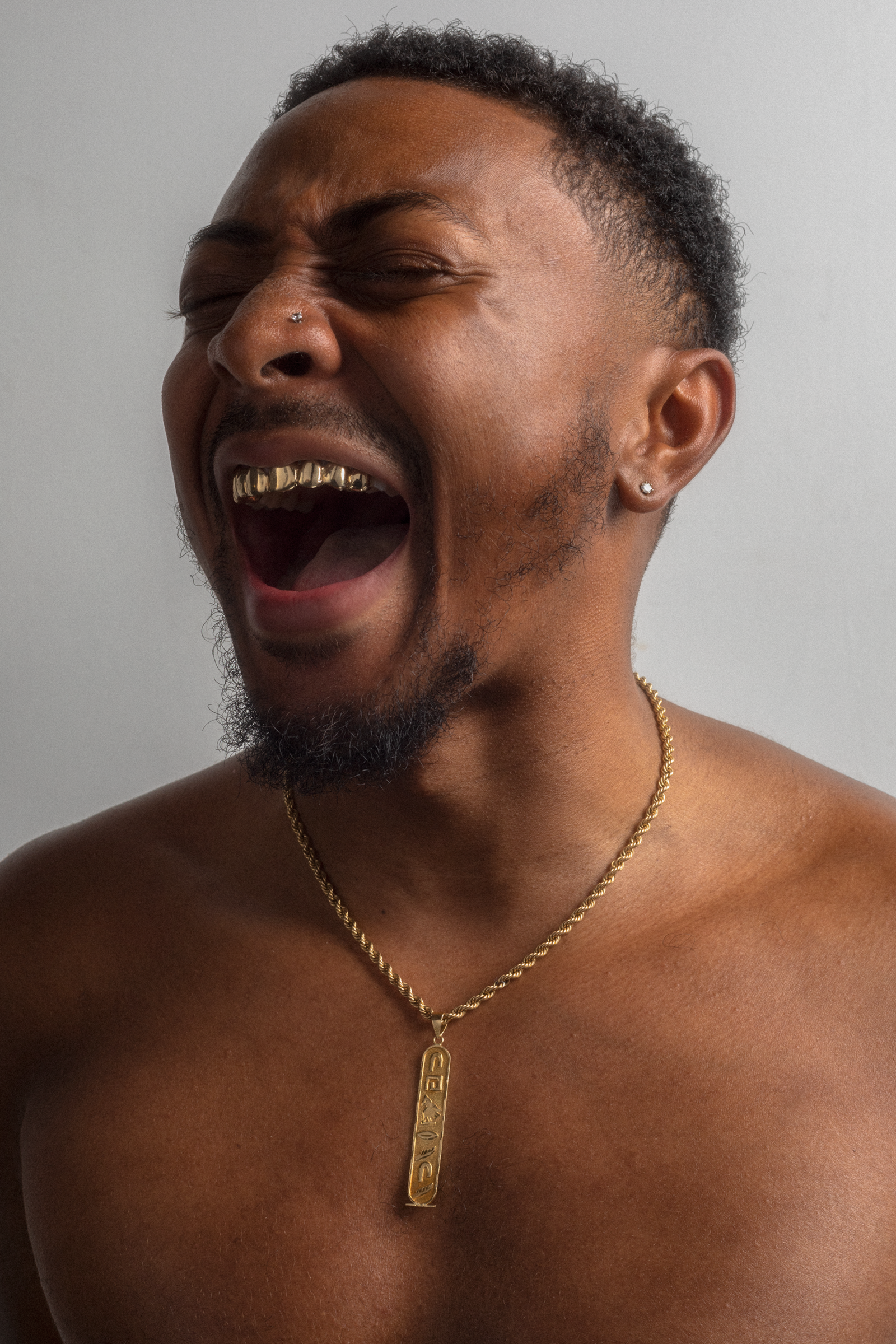 A respected member of the ATL rap scene, Deante’ Hitchcock eschews trap, specializing in soulful and conversational hip-hop and dazzling with live performances. After years on the scene delivering acclaimed EPs, turning heads with the single “Side N**** Anthem,” and appearing on the platinum-selling compilation Return Of The Dreamers III, Deante’ dropped his album Better. Featuring appearances from Miguel, JID, Young Nudy, and 6LACK on the buzzing single “How TF,” Better is a deeply personal and engaging effort, inspiring UPROXX to rave “Deante Hitchcock’s Luminous Better Stands Head And Shoulders Above Its Peers” and rank the album at #16 on its list of Best Albums of 2020. With Better and its recently released Better (Deluxe), which added ten new songs and new guest spots from Kenny Mason, REASON, Guapdad4000, and more, in the rearview, look for the rapper to continue his rise as he steamrolls into the new year. 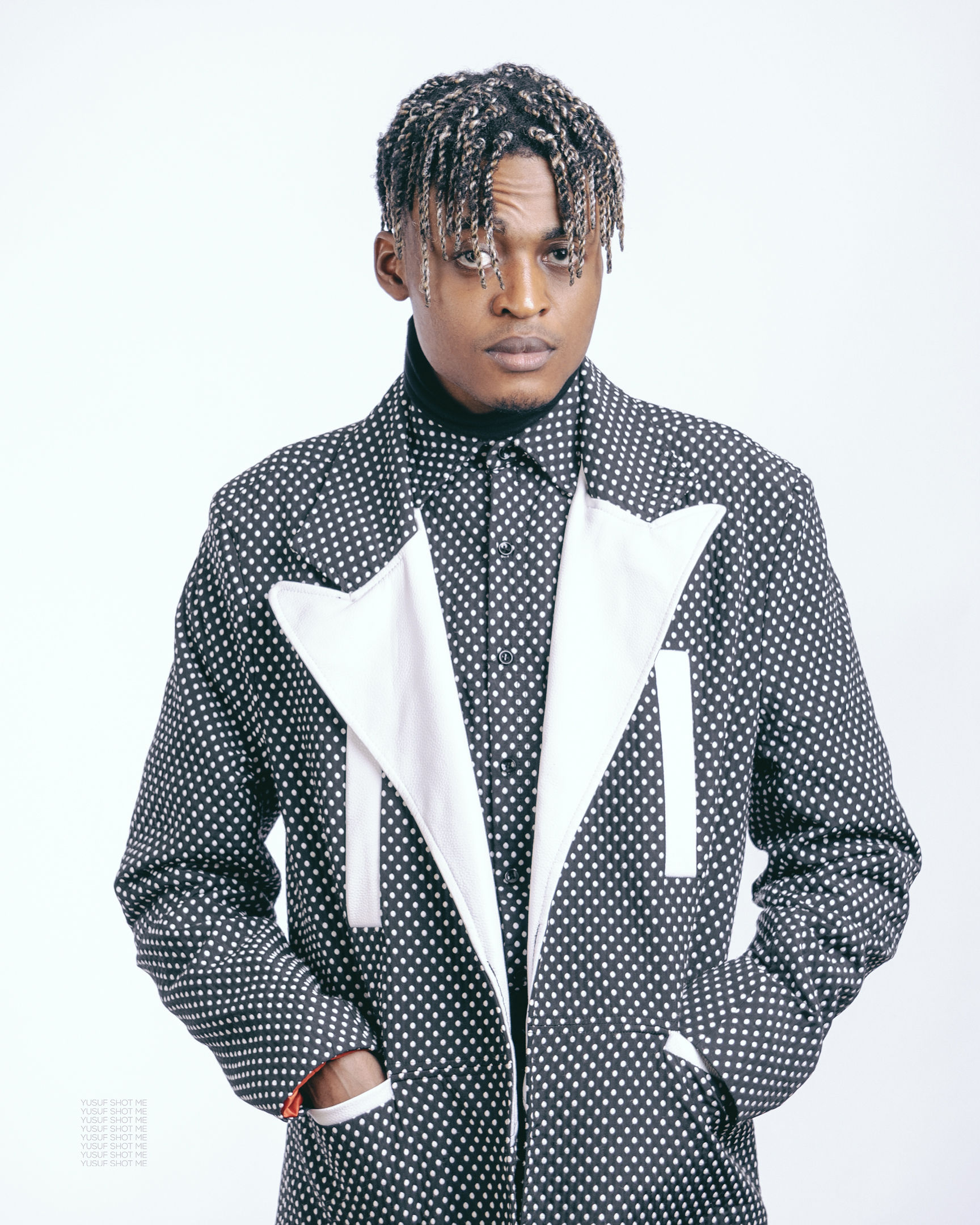 Blending the bounce and vibes of Afrobeats with the attitude and vocal delivery of hip-hop, Superboy Cheque is on a mission to become Nigeria’s next massive crossover success. The 25-year-old artist had a breakthrough summer in his home country, releasing the acclaimed Razor EP, and coming through with lush music videos for EP highlights “Zoom” and “Satisfied.” “Zoom,” in particular” became a major hit across Africa, reaching #2 on Nigeria’s Apple Music charts and #2 on Audiomack’s all-genre worldwide chart. The rapper was vocal and active in Nigeria’s #EndSARS movement against police brutality, posting in support on socials and even taking to the streets himself in protest. Splitting the difference between Burna Boy and Roddy Ricch, Cheque is more than ready to assume his destiny as Nigeria’s next all-genre force. 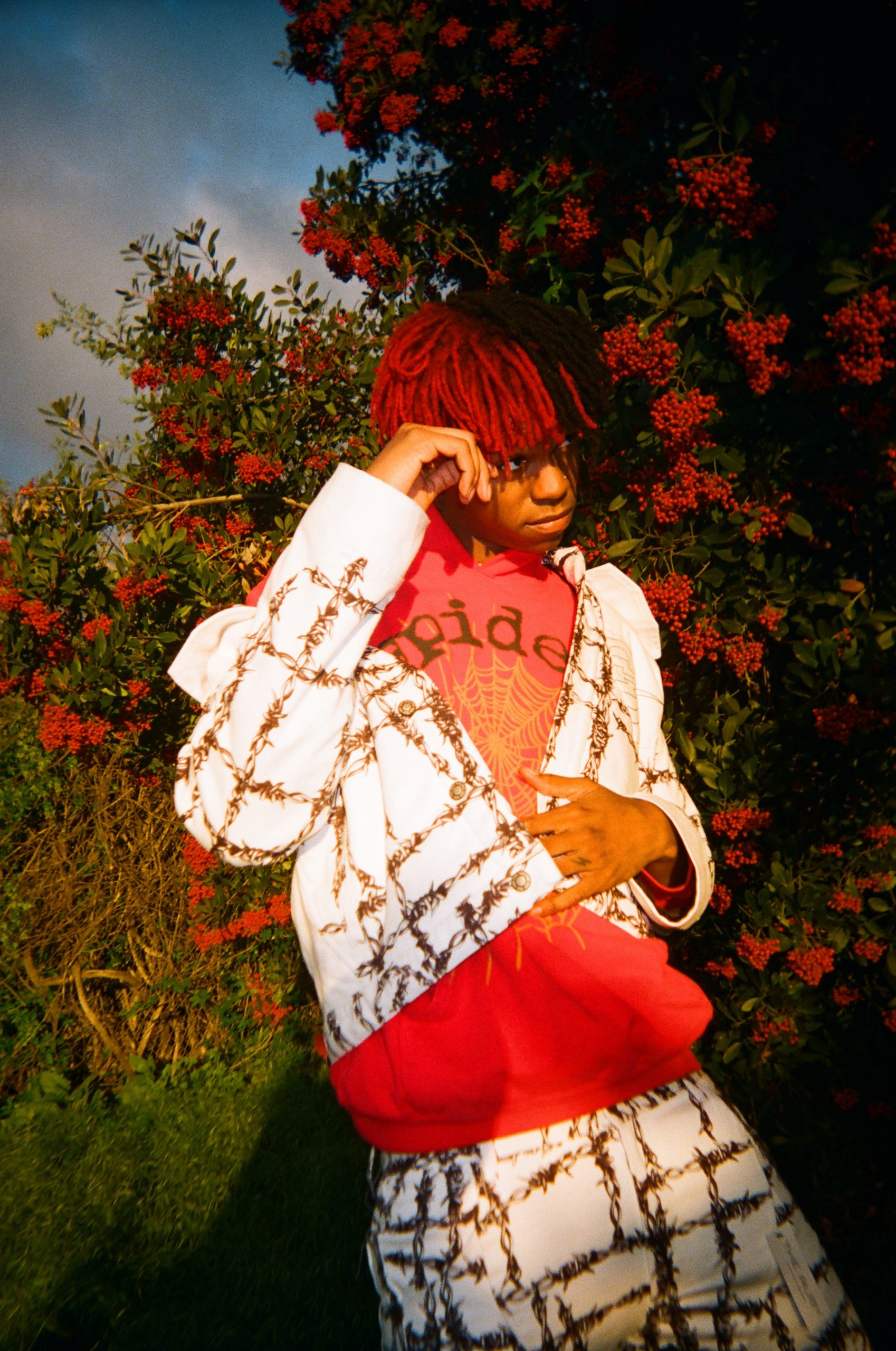 Mixing soaring vocals and fast-paced flows, DC The Don is a natural behind the mic, stacking flexes and wise-cracks in his verses and crafting memorable choruses. Building massive followings on SoundCloud and YouTube, the rapper turned heads with singles like the pop-punk “Jesus Can’t Save You” and “Red Light” ft. DDG & YBN Almighty Jay. The 20-year-old Milwaukee native shared his debut album Come As You Are, an album that synthesized his idiosyncratic influences (emo, pop-punk, SoundCloud rap) into a full length statement about the importance of being true to yourself. Signed to Rostrum Records, the charismatic multi-talent is only beginning to unlock his sky-high potential. Stay tuned. 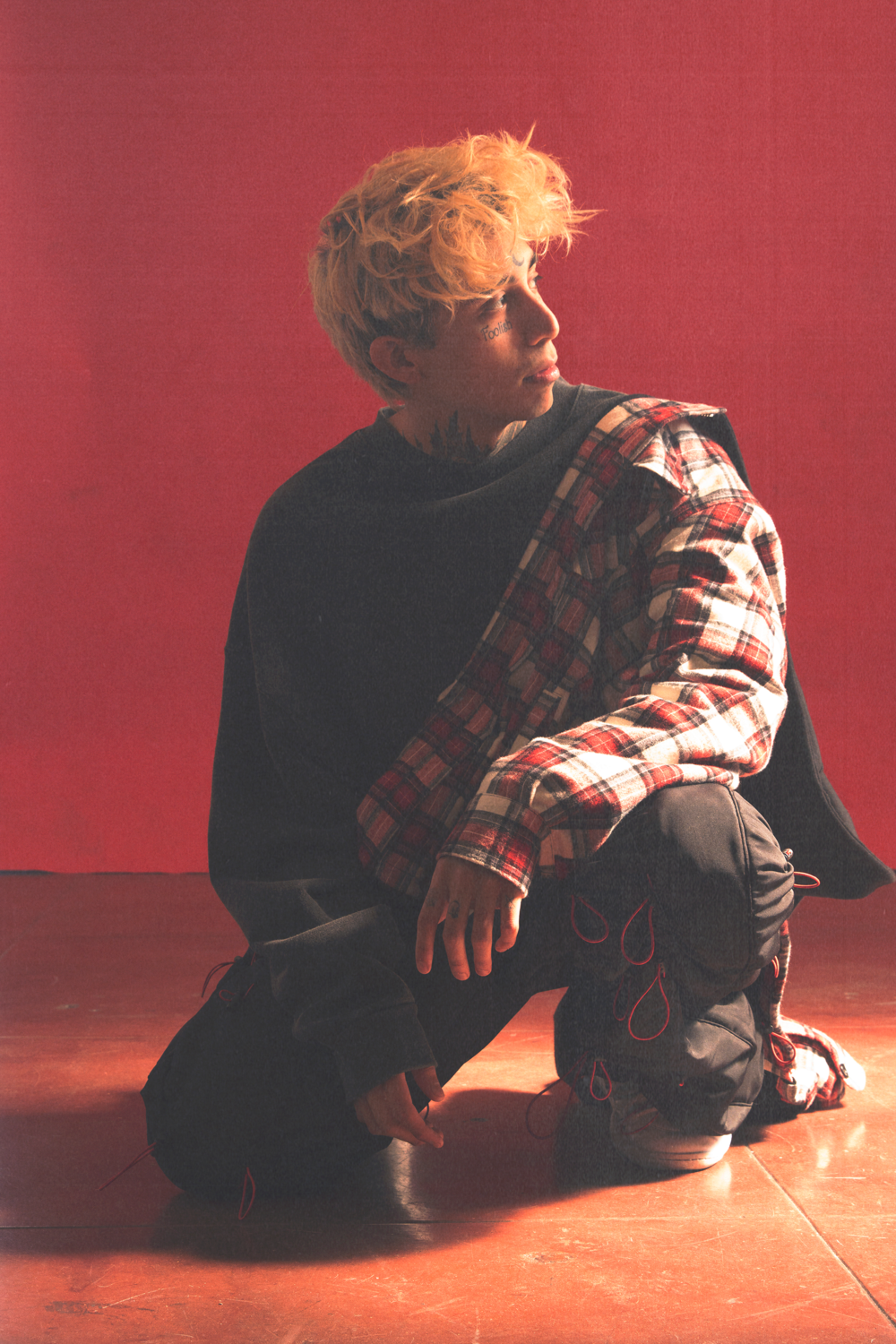 A major sound architect of the South Florida SoundCloud scene, Diablo made his name making bangers for the likes of Lil Pump (including the Platinum-certified “Boss”) and Ski Mask The Slump God, among others. Now branching out as a solo artist, Diablo is on a mission to change the sound of hip-hop, incorporating elements of metal and EDM into his unique sonic realm. Born to Ecuadorian immigrants and raised in West Palm Beach, the DJ/producer is well-respected in electronic circles, earning a co-sign from Diplo and touring with Dillon Francis and Alison Wonderland. Diablo’s recent single “Otra Vez” features an appearance from Argentinian latin trap megastar Khea and has over 10 million combined plays on YouTube and Spotify. Wielding a hard drive packed with songs featuring many of the rap game’s biggest names, Diablo is set to release his debut EP Do Not Disturb in the coming months.