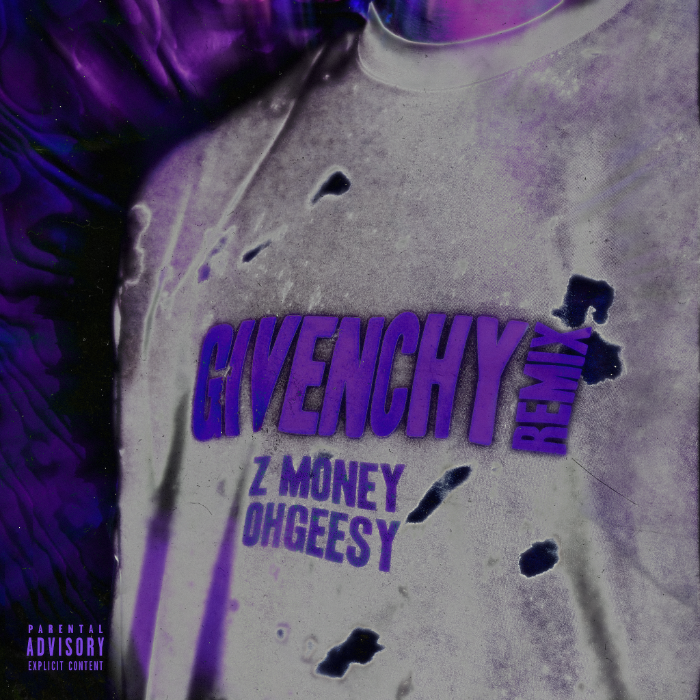 “Z’s appeal is all about swagger, a subtle brand of cocky humor, and a delicate musical touch. Which isn’t to say that it’s an empty exercise in style—although he has style in spades. There’s an unusual quality at the heart of the ZMoney project that’s elusive to define, but could be called, simply, ‘art.'” – Complex

“As one of the promising new faces to come out of Chicago, ZMoney is ready to go full speed ahead.” – XXL

Known for his unbreakable, sing-song cadence and his soft-spoken charisma, Z Money specializes in ice cold trap music. Counting his profits and showing off his favorite brand, Z Money struts his stuff in “Givenchy.” Produced by DY of 808 Mafia, “Givenchy” is a foreboding track, complete with crisp handclaps, bouncing bass, and droning synths, as Z Money recites the myriad ways he shines: “Balmain in my closet, bought the store, God damn, I need to stop it/Tiger Gucci sock, play like soccer, get hit with the mop stick.” For the remix, premiered today by XXL, Z Money recruits Ohgeesy, a member of rising L.A. crew ShorelineMafia, to offer up some offbeat similes: “Trap house got a drive-thru…it just like Wendy’s/Bitch, I always got my hoodie on…I’m just like Kenny/And I put on, I’m from the block…I’m just like Jenny.” “Givenchy” is a highlight from Chiraq Mogul, Z Money’s acclaimed new mixtape, shared in August.

The follow-up to the critically acclaimed ZTM, which boasted the Valee-featuring cult hit “Two 16s,” Chiraq Mogul is a more substantial effort, comprised of 16 intense tracks, each marked by Z Money’s oft-imitated cadences and canny punchlines about the hustle. The new mixtape hosts previously released tracks such as “Bon Appetit,” which features G Herbo and Key Glock and garnered over 3.55 million views on YouTube, the haunting and absorbing “Bitcoin” (362k),  “Durag,” also featuring Key Glock, which has 387k views, and . Featuring an additional appearances fro G Herbo, along with an appearance from 03 Greedo, Chiraq Mogul, released via 1017 Eskimo/Alamo, continues Z Money’s rise from the ashes as he follows his mentor Gucci Maneon the path from underground success to mainstream figure. Most recently, Z Money shared “Apart of Trappin’,” a dizzying and spooky video premiered by The FADER in October.

Check out the XXL premiere: http://www.xxlmag.com/news/2018/11/z-money-givenchy-remix-ohgeesy/