Using his music to vent his feelings and make sense of his violent life in Jacksonville, Yungeen Ace is the new voice of Southern rap emotionalism. Returning with a poignant and simmering new banger, Yungeen Ace shares “I Can’t.” Speaking out against the justice system and faithless friends who sold him out, Ace dwells on his pain on the new single: “Never love again, can’t trust a soul they all want fame/I’m on probation, why’m I stayin’ in lock up with them changes.” Rhyming above dramatic keys and booming bass, Ace seethes with anger, lashing out at anyone who might get in his way: “I can’t let you live.” In the video, a masked Ace stands in chains, as he rages against his unseen oppressors. “I Can’t” is Ace’s first new single since September’s “Don’t Know Why,” which has over 3.3 million views on YouTube, and follows the video for “Hold Me Down,” which has over 1.1 million views since its week-of-Thanksgiving release.

Earlier this summer, Yungeen Ace shared Life Of Betrayal, his popular debut mixtape, released via Cinematic Music Group. Premiered by Billboard, Life of Betrayal hosts several buzzing singles including “Jungle,” a poignant banger with an appearance from JayDaYoungan, which garnered over 9.3 million views on YouTube, “Fuck That,” (9.5 million views), “All In” (7.2 million views), and “Betrayed” (3.3 million views). Since the album’s announcement back in June, Yungeen Ace grew his Instagram following up to over 689k followers, growing at rate of more than 10k followers per week, and he will release more music as his star continues to rise.

Listen to Life of Betrayal: https://soundcloud.com/yungeenace/sets/life-of-betrayal/ 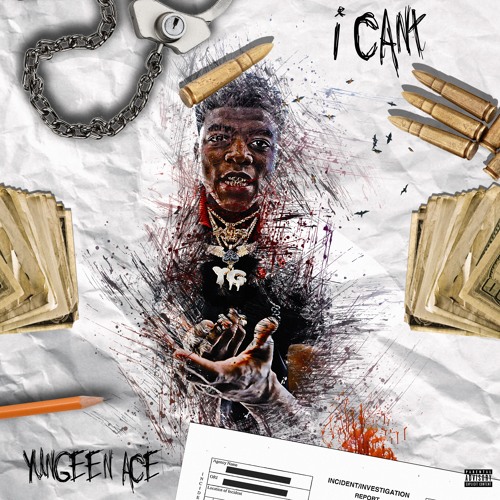