Documentary: Yungeen Ace – Through The Pain

Taking an In-Depth Look at His Early Life, His Artistry, and the Shooting Incident That Changed His Life, the New Documentary Arrives Ahead of Ace’s 11/8 Mixtape Step Harder

Yungeen Ace is just 21-years-old, but he’s already endured multiple lifetimes’ worth of struggle. Revealing his full story for the first time, Ace presents Through The Pain, a new documentary short film about the Cinematic Music Group signee’s life and career. Through The Pain starts with an examination of Ace’s early life with his mother, his brother Trevon, and the rest of his siblings in Jacksonville, continuing through his rise to stardom and his first video “Go To War” (filmed in his mother’s house without her permission). The documentary reaches its crux with its harrowing examination of the June 2018 shooting incident that changed Ace’s life–he was a victim of a drive-by that claimed the life of his brother and two of his best friends, leaving Ace with eight bullet wounds. From there, the film chronicles Ace’s rising artistic and commercial success, his unbearable physical and emotional pain, and how one fueled the other.

Though it takes plenty of time to comment on what makes special as an artist, using talking head interviews from CMG founder Johnny Shipes and Genius journalist Rob Markman, it shines a disinfecting light on the cruel treatment of young black men in the criminal justice system. When Ace was still recovering from his gunshot wounds, the Jacksonville county sheriff forced him to shave his dreadlocks, and the restrictive terms of his house arrest kept him from attending his brother’s and friends’ funeral. Culminating in Ace’s triumphant performance at Rolling Loud Miami, Through The Pain paints a picture of the young artist as a resilient solider and inspiring figure for his community.

Through The Pain arrives just before the release of Step Harder, Ace’s next project. With a soaring drawl that can find the melodic heart of any instrumental, Ace unites all aspects of his persona on Step Harder, reconciling the troubled teenager of “Freestyle“ with the ice-cold soldier evident in songs like “Top Killa,“ and the devoted partner he plays in romantic ballads like “I’m In Love.” The upcoming full-length boasts the buzzing single “Bad Bitch” (Remix), which features an appearance from Blac Youngsta and racked up over 1.5 million YouTube views, and the recently released video single “Bando,” which earned a cover feature and top placement on YouTube’s Clout Rising playlist. Featuring additional appearances from Lil Durk, Boosie, Dej Loaf, NoCap, and Stunna4Vegas, Step Harder releases on November 8th via Cinematic Music Group. Currently available for pre-order, Step Harder is already charting on Apple’s Hip-Hop Charts.

After breaking onto the scene in 2018 with hits like “Jungle” and “Pain,“ Yungeen Ace built a huge wave of momentum heading into 2019. This past summer, Ace teamed with fellow CMG-signee JayDaYoungan for Can’t Speak On It, a 9-track EP that racked up over 13 million streams on Spotify alone. Featuring the buzzing single “Opps” (12.8 million YouTube views) and the off-kilter banger “Creep Behind” (3.3 million views), Can’t Speak On It arrived concurrently with a co-headlining national tour, which included performances for Jay and Ace at Rolling Loud Miami. In August, Ace dropped the “Freestyle” video, which earned 5 million views on YouTube.

Watch Through The Pain: https://www.youtube.com/watch?v=Yeb7jnQ8VJA 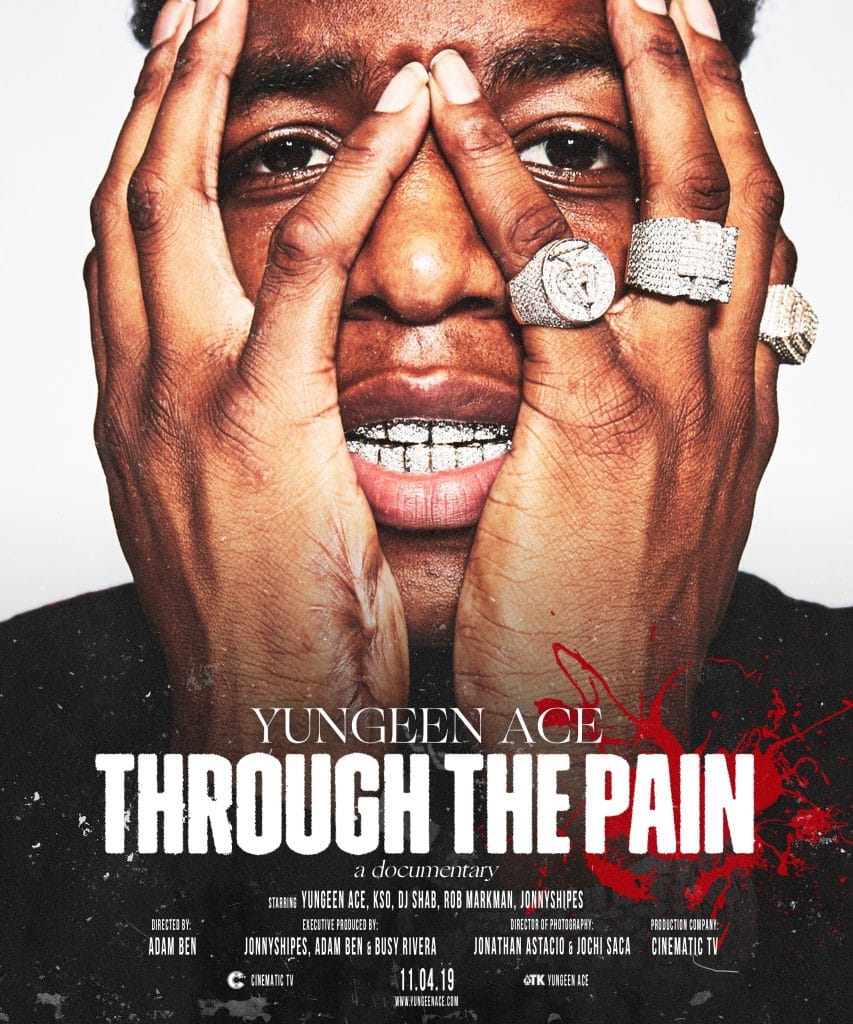