With a fiery intensity and a natural sense of melody, Jacksonville’s Yungeen Ace doesn’t make music for the faint-hearted. Gleefully trumpeting his city’s high crime rate as a warning for regular folks to stay away, Yungeen Ace shares “Murder Rate Rising,” his latest video. Produced by Drum Dummie, who lends the track a swinging bombast, “Murder Rate Rising” finds the young emcee rhyming in an impassioned sing-song, holding up the titular statistic as a point of pride–pride for his unlikely survival–and as a threat to his enemies. In the video, Ace mobs in the Jacksonville streets with his crew, including fellow rising rapper Jay Da Youngan, as the Jacksonville police investigate a homicide as his family mourns. After a string of videos and songs that illustrate the tragedy wrought by street life, including the dark “2X Screamin’,” in which Ace mourns his late brother, “Murder Rate Rising” demonstrates the allure of a life of crime to young people who haven’t yet felt the consequences. Hosted on No Jumper, “Murder Rate Rising” is a highlight from Ace’s Life I’m Livin mixtape, which dropped in December.

Comprised of nine emotional and hook-filled standouts, Life I’m Livin finds Ace taking stock of his place in the world. The follow-up to his successful debut mixtape Life Of Betrayal, which has tens of millions of streams on all platforms, Life I’m Living finds Ace reckoning with his rise and with his past, as he tries to shake the habits learned in a rough neighborhood in riveting tracks like “KSO Homicide,” and warns others against living a life of crime in “Life I’m Livin.” The new project hosts the single “I Can’t,” which has over 3.1 million views on YouTube since its release in December, which finds the Cinematic Music Group-signee speaking out against the justice system and the faithless friends who sold him out. Life I’m Livin debuted via Audiomack, where it immediately became the #1 album in the platform’s trending charts. Stay tuned to much more from Yungeen Ace in the coming year. 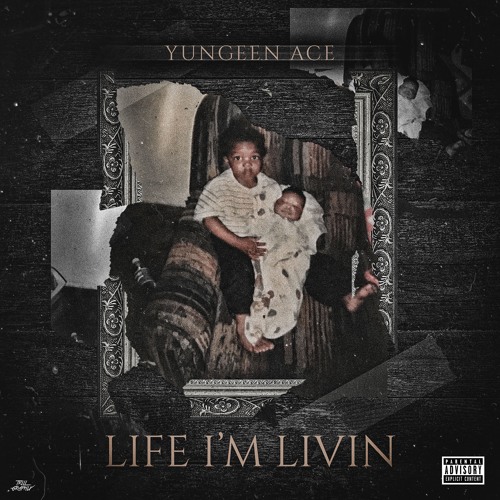