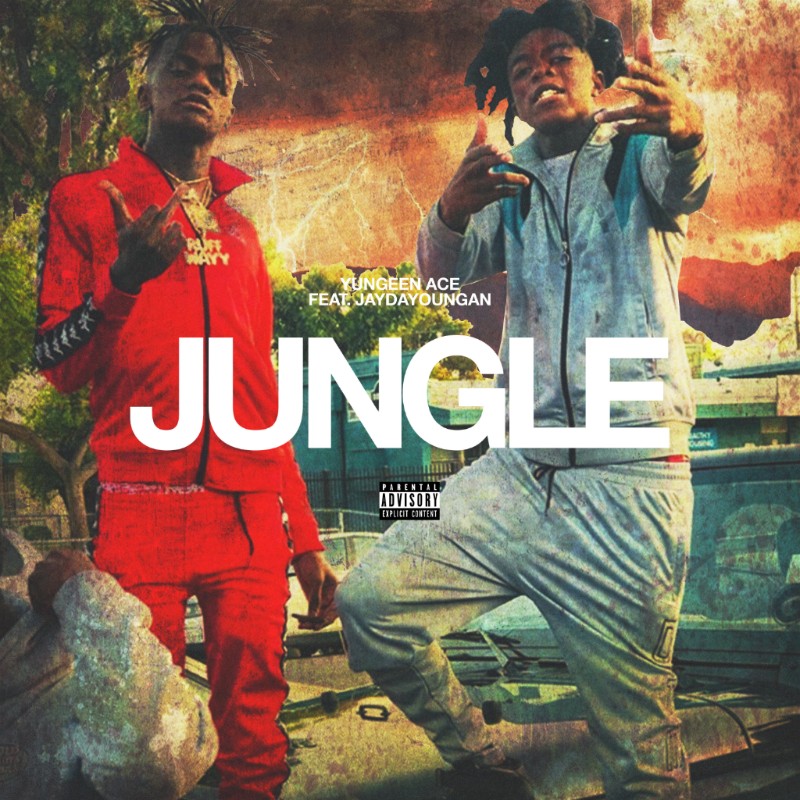 “With a distinct talent to match a building buzz, you’ll be seeing Yungeen Ace sooner rather than later” – RESPECT Mag

Injecting his music with Southern-fried soul, infectious melody, and poignantly realistic lyricism, Florida’s Yungeen Ace (Cinematic Music Group) has a shot to hit the big time. Ruminating on the fragility of life and the suddenness of death with a wisdom far beyond his 20 years, Yungeen Ace shares “Jungle,” A classic Southern anthem marked by twinkling keys, snapping snares, and reverb-drenched guitars, “Jungle” finds the Jacksonville native vulnerable and defiant, doing what he can to overcome his circumstances. As he rhymes on the hook: “I’m up in this jungle with lions, and tigers, and bears/The life that I’m livin’ ain’t nuthin’ fair/Gotta fight to survive, make it out of here.” Featuring a guest verse from JayDaYoungan, “Jungle” follows a series of popular videos including the recent “Fuck That,” which has over 1.2 million views on YouTube, “All In” (3.3 million views), and “Betrayed” (1.2 million views).

Building up a profile with his crafty songwriting and expressive vocals, Yungeen Ace won the respect of many of his peers, ranging from superstar NBA YoungBoy to deep south veteran Mista Cain. Earlier this month, Yungeen Ace’s meteoric rise took a dark turn when he and three friends, including his brother, were attacked in a drive-by shooting. Though he attempted to shield his brother from the hail of bullets by using his own body, getting shot 8 times, as he told his 253k Instagram followers, Yungeen Ace was the only survivor of the shooting. After spending weeks recuperating in the hospital, Yungeen Ace has a new lease on life, and he intends to turn the tragedy of his brother’s and his friends’ loss into artistic triumph. Look for more music from Yungeen Ace to come this year.