Video: Yung Mal – “Right Back Out“

The Respected Atlanta Rapper Returns With His First New Song of 2022, Earning Approval From Offset, Swae Lee, and Other High Profile Fans 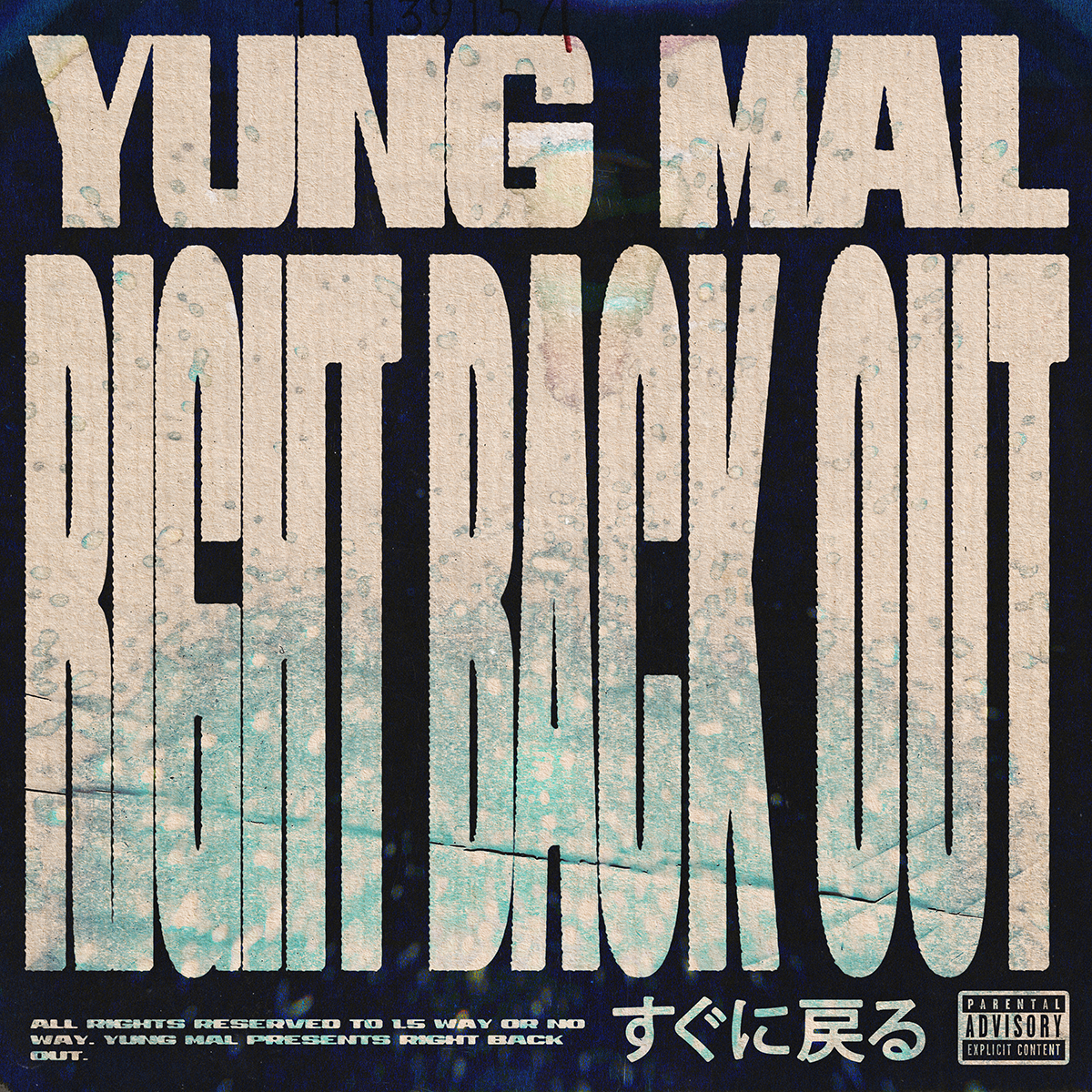 “Anchored by his nimble lyrical ability, 1.5 Way Or No Way demonstrates how Yung Mal can rap with some of the biggest in the game right now and still hold his own.” – Complex

“Unpacking his latest triumphs and showing love to his neighborhood, Yung Mal bosses up in a major way on his new project.” – HotNewHipHop

“Yung Mal is on a fast ascension through the industry.” – ELEVATOR

“One of the most promising rising artists…Mal consistently brings interesting and unique flows onto stellar production.” – Lyrical Lemonade

Delivering flex-heavy rhymes in his signature tumbling triplet flow, Yung Mal has the respect of the streets and the stars. Coming through with his first new single of 2022, Mal shares “Right Back Out.“ The song finds the Atlanta native in fine form, delivering a torrent of tough talk over producer Krazy Mob‘s tornado of swirling synths and triumphant trap horns. Continuing in the path he forged with last year’s 1.5 Way Or No Way mixtape, rapping about putting his neighborhood on his back and his determination to succeed by any means necessary: “Go get the cash, racks/When you take a loss, you go get that sh*t back/Every boss in this sh*t took a loss, that’s a fact/They gon’ pray you fall off, they gon’ hate, that’s a fact.”

The new banger arrives with a video, directed by Spudds McKenzie, that finds the young rapper rocking orange Nikes and gold-rimmed spectacles as he writes in his journal and speaks with his therapist about the trials and tribulations he’s been through. The “Right Back Out” video arrives amidst excitement and anticipation from Mal’s fans and peers. Mal reactivated his social accounts over the weekend, sharing a snippet of the song on Instagram that generated over half a million views in two days. Artists like Offset and Swae Lee posted videos with the snippet, and notable names like Big Jade, The Honorable C-Note, and DY from 808 Mafia showed love in the Instagram comment section.

Last year, Mal took the step from young gun to budding leader with his 1.5 Way Or No Way mixtape. Named after the neighborhood in which he grew up, and for a phrase that was a favorite of his late homie Plug, 1.5 Way Or No Way is a mature and versatile effort. Mal’s rhymes are more polished and precise, reflecting the perspective of a father of a young son and daughter and a neighborhood leader who bears the hopes and dreams of his friends on his back. Home to singles like “Woah Woah” ft. Lil Gotit and the Pitchfork-praised “Wassup Wit Me” ft. G Herbo, the new mixtape earned acclaim from Complex (“Yung Mal can rap with some of the biggest in the game right now and still hold his own”) and HotNewHipHop (“Yung Mal bosses up in a major way on his new project”), as well as coverage from XXL, RESPECT, and more.

Yung Mal plans to reach another level with his next project. Keep an eye on the ATL stunna as he continues to rise.

Watch “Right Back Out”: https://www.youtube.com/watch?v=dymGvH-xHfo

Buy/Stream “Right Back Out”: https://yungmal.lnk.to/RightBackOut