Evolving From an Upstart to a Fixture in the Atlanta Scene, Yung Mal is Ready to Take the Next Step 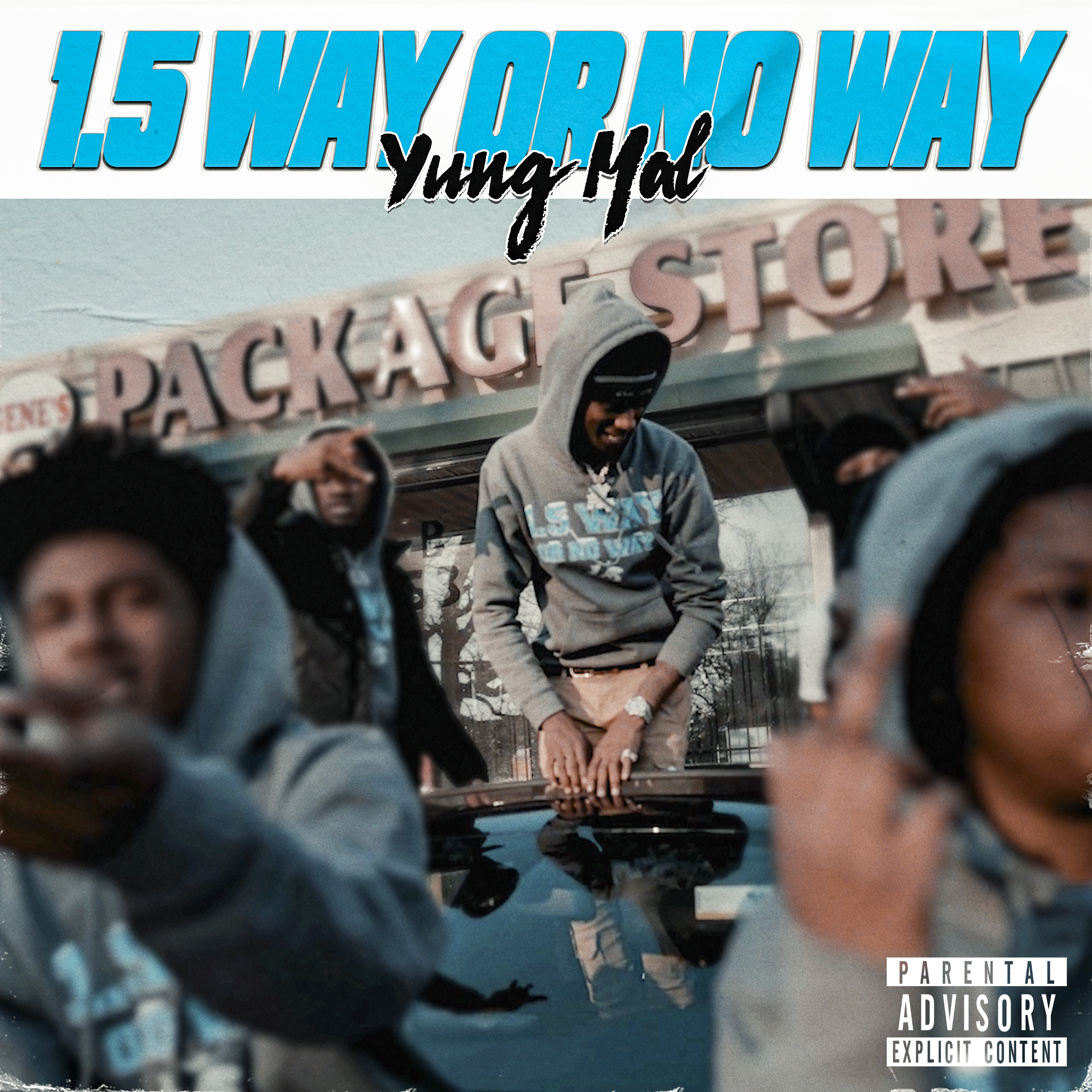 Respected in Atlanta for his malleable flow and effortlessly fly lyricism, Yung Mal is a pillar in his city’s bustling rap scene. Starting a new phase of his career as the CEO of his own 1.5 Da Label, Yung Mal announces 1.5 Way Or No Way, his upcoming mixtape. Emulating his mentor Gucci Mane, Mal is determined to put his crew on his back, carrying them out of Zone 6 and into prominence. Mal’s rhymes are more polished and precise, keeping the same tricky rhythms and bar-line manipulations that characterize his flows but adding some well-earned perspective to give context to his flexes. Featuring appearances from Pooh Shiesty, G Herbo, and more, 1.5 Way Or No Way arrives on May 21st via Alamo Records.

Along with the announcement of the mixtape, Mal shares the video for “1.5 Way Or No Way,” the tape’s title track. A downtempo trap banger marked by ethereal vox and gently-plucked guitars, Mal exudes the confidence and calm of a young boss. He takes time to dwell on his hardships (his dad passing away when he was young, going through a trial at age 18), to celebrate his ability to keep momma and his crew fed, and to unleash his finely-tuned flexes: “I turned this sh*t to a whole damn label/They thought I wasn’t able, huh/I’m high but my thoughts be stable.” In the video, Mal and his crew flex in Zone 6, chanting the song’s title as they flash their ice. At the end of the ShotByWolf-directed clip, Mal takes his crew to the jewelry store and buys them all their own 1.5 chains.

“1.5 Way Or No Way” is the latest in a line of quality visuals from the 25-year-old artist. Earlier this month, Mal sipped champagne and showed off auto-tuned melodies in “Belaire.” “Belaire” followed the videos for “Look At Me Now” and “Stay Down,” which features a cameo appearance from NLE Choppa. The upcoming 1.5 Way Or No Way is Mal’s first mixtape since his successful two 2020 releases: 6 Rings, a full-length collab with rising producer Pyrex Whippa that received praise from publications like HYPEBEAST and XXL, and Iceberg Sosa, produced in full by Memphis producer Sosa808 (Key Glock, G Herbo), which featured highlight video singles like “Hitstick” and “Own Drip.”