The Alamo Records Signee and His 1.5 Crew Prepare Their Takeover in a ATL-Set Video 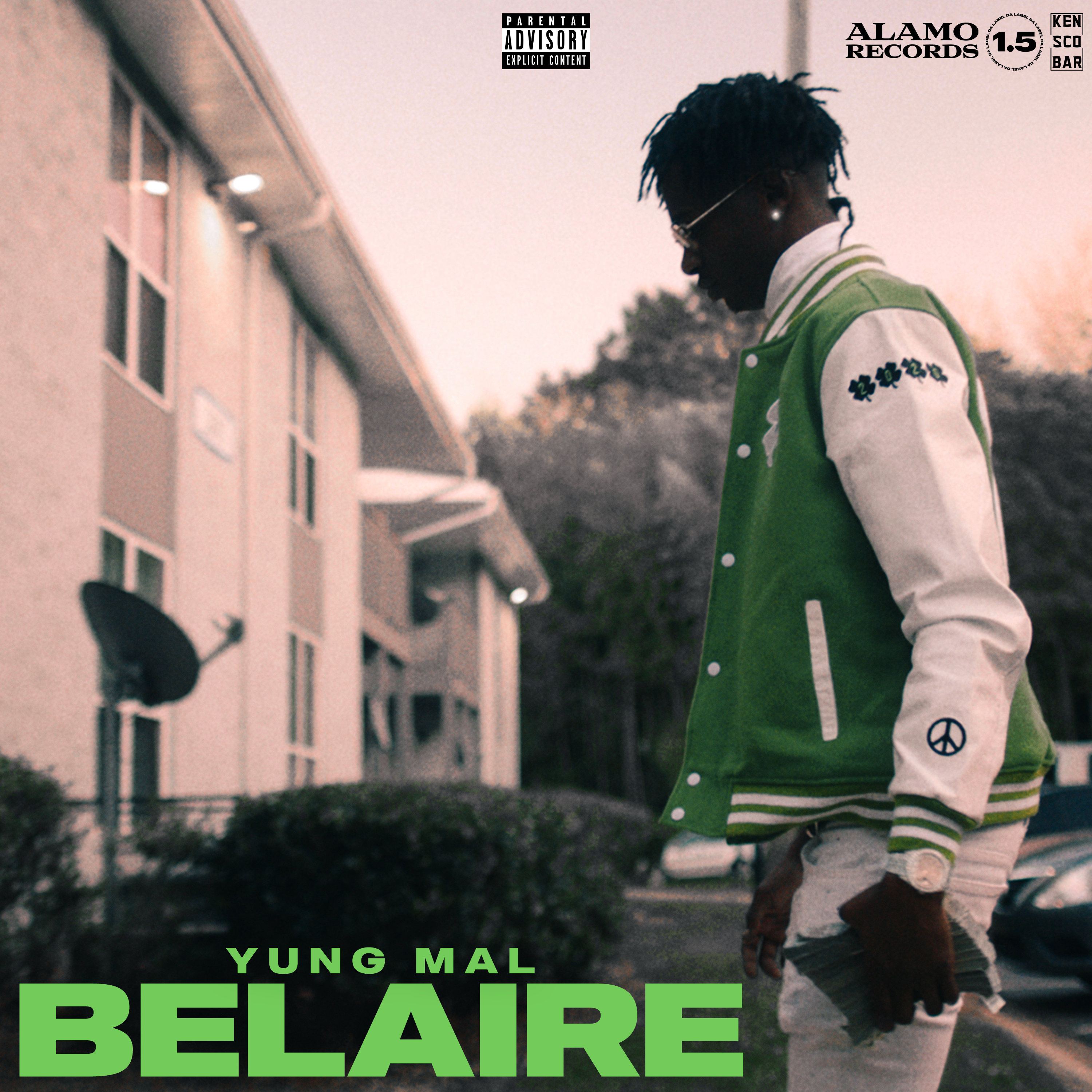 Rising from the streets of Zone 6 to the top of the ATL trap scene, Yung Mal has plenty to celebrate. Popping bottles of his favorite champagne, the Alamo Records signee shares “Belaire,” his latest video single. Switching up his vocal approach for the new song, “Belaire” finds Mal experimenting with auto-tune, giving his rhythmic patter a melodic edge as he promises to go hard every day for his: “Got rich, but the hood, I’m still there.” In the video, Mal pops a bottle of the titular champagne at an Atlanta apartment complex, mobbing with his 1.5 Da Label crew before migrating to a soundstage where he channels Diddy and employs a butler dedicated to holding his umbrella. “Belaire” is Mal’s third standout visual to hit in the past few weeks, following the flex-heavy  “Look At Me Now” and “Stay Down,” which features a cameo appearance from NLE Choppa.

Yung Mal is in the midst of following up a big 2020, featuring two high-octane collaborative projects with rising producers. Released in March, 6 Rings paired Mal with Pyrex Whippa. Sporting appearances from Lil Keed, Lil Gotit, and Doe Boy, 6 Rings received praise from publications like HYPEBEAST and XXL. Later in the year, Mal released Iceberg Sosa, produced in full by Memphis producer Sosa808 (Key Glock, G Herbo), which featured highlight video singles like “Hitstick” and “Own Drip.” Ready to capitalize on his , Yung Mal looks to assume his rightful place among Atlanta’s trap elite.