“Yung Mal & Lil Quill have quickly become two of the most promising young artist coming out of Atlanta.” – Elevator

With an easy chemistry, humble beginnings, and a shared passion for the finer things in life, Mal & Quill are ATL’s most promising rap duo. Connecting with 1017 Eskimo labelmate Hoodrich Pablo Juan, Mal & Quill strut their stuff on “Dolce Gabbana,” their latest video single. A percussive and grimy slice of trap, produced by Yung Lan and Marc Beatmonster, “Dolce Gabbana” teems with soft-spoken stunts, with all three rappers quietly listing the reasons they run their town: “Why drop my top? I got rid of the sunroof!/Louis V on my feet kicking 1’2/Running thru all these bands I been countin’ through/Watch how these n****s gon’ doubt you,” rhymes Lil Quill. In the video, Mal, Quill, and Hoodrich Pablo roost in ‘Raris, counting bands and living large. “Dolce Gabbana” follows similarly lavish videos for  “Laundry” and the Richie Souf-produced “Ain’t The Same.”

Ready to level up and reach a hungry new audience, Mal & Quill prepare for Blessed Lil Bastards 3, their upcoming project. Twisting their flows around each other’s with lightning-quick rhymes and infectious ad-libs, Blessed Lil Bastards 3 is a testament to the Zone 6 group’s ride-or-die bond. Though many ATL rappers opt to face the relentless grind as solo artists, Mal & Quill accentuate each other’s strengths, as Mal’s smooth and percussive flow contrast against Quill’s drawly cadences and irreverent ad-libs. The follow-up to Souf6, the duo’s collaborative tape with rising producer Richie Souf, Blessed Lil Bastards 3 arrives this fall via 1017 Eskimo/Alamo.

Proudly representing East Atlanta’s Zone 6, Mal & Quill are rising up on a wave of grassroots support. The duo gained attention with their irrepressible energy, swapping rapidfire bars on hits like “Been In My Bag,” which has over 1.2 million views on YouTube. With support from Gucci Mane, who signed the duo to his 1017 Eskimo venture, Yung Mal & Lil Quill are on track to become ATL’s biggest rap group since Migos. 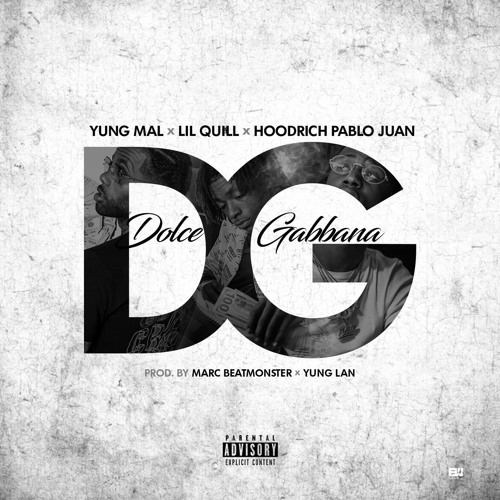