Memphis kingpin Young Dolph took to Instagram to announce #ThatsMajorChallenge, inspired by his video for “Major,” featuring Key Glock, where the pair whip around in camouflage Dodge Challenger SRT Hellcats. In his own words, “I’m bout to give away a camouflage Hellcat Challenger to whoever make the BEST VIDEO to the song ‘Major.’ You can flex to the song, do a skit to the song, dance to the song, etc. It don’t matter what you do it’s your choice.” Submissions are open now, and must include the hashtag #ThatsMajorChallenge to be considered.

“Major (feat. Key Glock)” is the third track off Dolph’s recently released Role Model, his latest studio album. Released by Paper Route EMPIRE, Role Model provides a new context for Dolph’s braggadocio and sets an example for rising independent rappers and anyone else trying to get out the mud. Role Model finds Dolph leveling up, experimenting with new flows and raising his boastful bars to a superhuman level: “Parked the Rari in the crib and came back in a Bentley,” says Dolph on “How U Luv It,” “Codeine with no sippin’ (pour up)/Gelato I’m twistin’ (roll up)/Got on too much ice, hard for the bitch to pay attention/Menace just like Dennis/I got racks like Venus (Williams!).” Featuring appearances from Snoop Dogg, Offset, Key Glock, and Kash Doll, Role Model is Dolph’s origin story, establishing him as a symbol of hope to kids in the hood who desperately want to improve their lives. 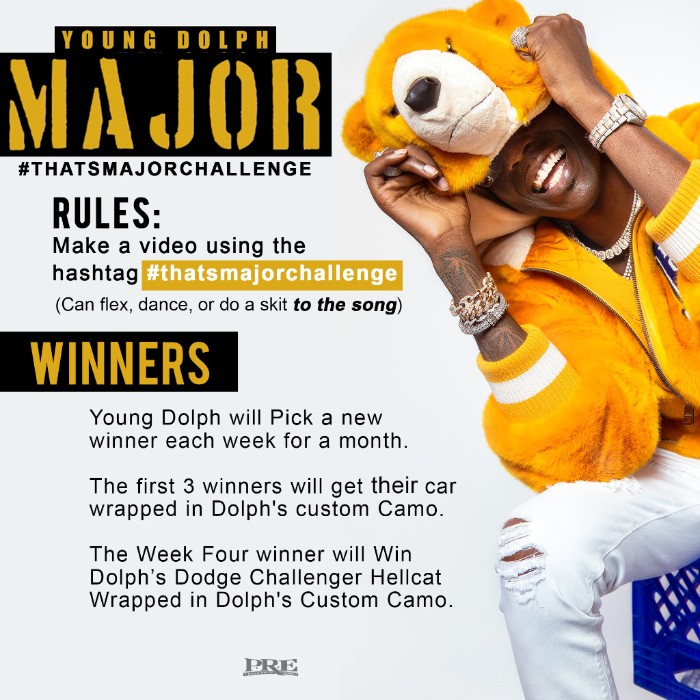