With Words From Family and Friends, Emotional Performances, and Tributes from Hip-Hop Royalty, the Service Illustrated the Enormous Impact Dolph Had On His Community and the World at Large 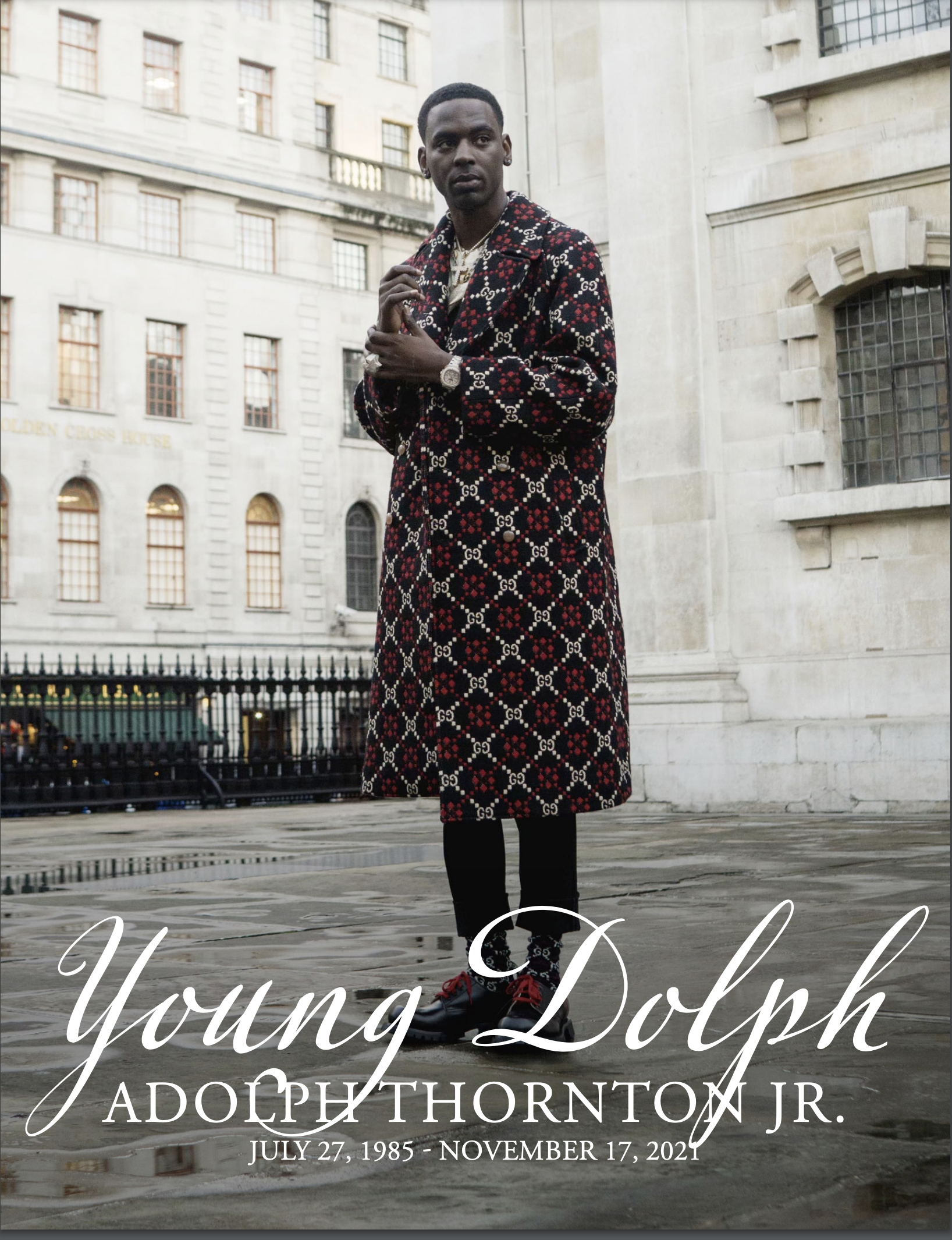 Young Dolph left the world far too soon, but in his 36 years of life, he made an impact on his loved ones, his community, and on music that is impossible to quantify. Taking stock of his uncountable accomplishments and a legacy that will live forever, Dolph’s family and friends hosted a “Celebration of Life,” a public memorial service at Memphis’s FedEx Forum.

Broadcast live on REVOLT, the emotional service touched on all aspects of the rapper’s life as an artist, a role model, a citizen of Memphis, and a family man. The service featured moving performances from Keke Wyatt, Cam Bethany, and Bobbi Storm, and a dance performance set to Dolph’s music by DRAEM.

The “Celebration of Life” kicked off with an acknowledgment of Dolph’s role in rap game, bringing video tributes from Dolph’s peers in the Southern rap game, including Gucci Mane, 2 Chainz, and T.I., fellow Memphis legends Juicy J, 8Ball & MJG, and Gangsta Boo, plus NFL legend Deion Sanders and his son Shadeur, the starting quarterback at Jackson State University, an HBCU in Memphis where Deion is head coach. Bookending the message from Dolph’s peers came messages from Dolph’s Paper Route Empire artists and team, including messages from Snupe Bandz, Big Moochie Grape, Paper Route Woo, and behind-the-scenes figures like his photographers, his booking agent, and his tour manager.

A notable moment a recorded message from Corey Miller, the former No Limit rapper known as C-Murder, who is currently serving a life sentence in prison, and a moving speech from R&B singer Monica, who read a letter from the rapper that revealed that Dolph frequently visited the incarcerated artist in prison (C-Murder was Dolph’s favorite rapper of all time), and made financial arrangements to give assistance to the rapper’s family.

Community leaders like former mayor of Memphis W.W. Herenton, Reverend Earle Fisher, and Principal Michael Bates, Dolph’s former high school geography teacher, attested to Dolph’s dedication to giving back to the community he came from. In honor of his influence and his philanthropic efforts, Tennessee state senator Katrina Robinson officially proclaimed November 17th, the date of Dolph’s passing, to be officially known as the “Adolph Robert Thornton, Jr. Day of Service,” and revealed that the Georgia state legislature passed a resolution to honor that day as well.

Mourners in the FedEx Forum were treated to stories of Dolph’s incredible generosity from the recipients of his largesse, themselves. Jose, who received $25,000 for winning Dolph’s “Penguins” challenge, awarded to the person with the most creative interpretation of Dolph’s verse on that song, spoke about how Dolph’s gift helped him get his life right after his release from prison. Jackie, affectionately known as “Lamborghini Jack,” won Dolph’s “Rich Slave Lamborghini Giveaway,” receiving Dolph’s personal 2018 custom-wrapped Lamborghini Aventador, which she sold for enough money to buy her growing family a home. Timothy Fletcher, a drummer who won Dolph’s “#ThatsMajorChallenge” in 2019 and earned $30,000, reflected on Dolph’s words of wisdom he offered when they met, and credited Dolph for being a role model to him and others.

Most significant were the eulogies offered by Young Dolph’s family, including his beloved Aunt, his cousins, and his siblings. The ceremony closed with a heartfelt message from Dolph’s wife Mia Jerdine, and messages from his 4-year-old daughter Ari, and his son Adolph Robert Thornton III (“Tre Tre”). “If you’re feeling sad about my dad dying,” said Tre-Tre, “I’m going to let you know that everything will be fine. If you don’t know, then I know that I will become a great man just like my dad.”

The “Celebration Of Life” occurred just one day after the City of Memphis named a street in his hometown of Catalia Heights after the rapper. Living on as a permanent reminder of Dolph’s lasting legacy as an artist and citizen, the span of Dunn Avenue between Airways Blvd and Hays Road will heretofore be known as be known as “Adolph Robert ‘Young Dolph’ Thornton, Jr. Avenue.”

View the memorial montage from the event: https://www.youtube.com/watch?v=all3kO5fo3U

Read the program from the event: https://www.idamae.org/youngdolph 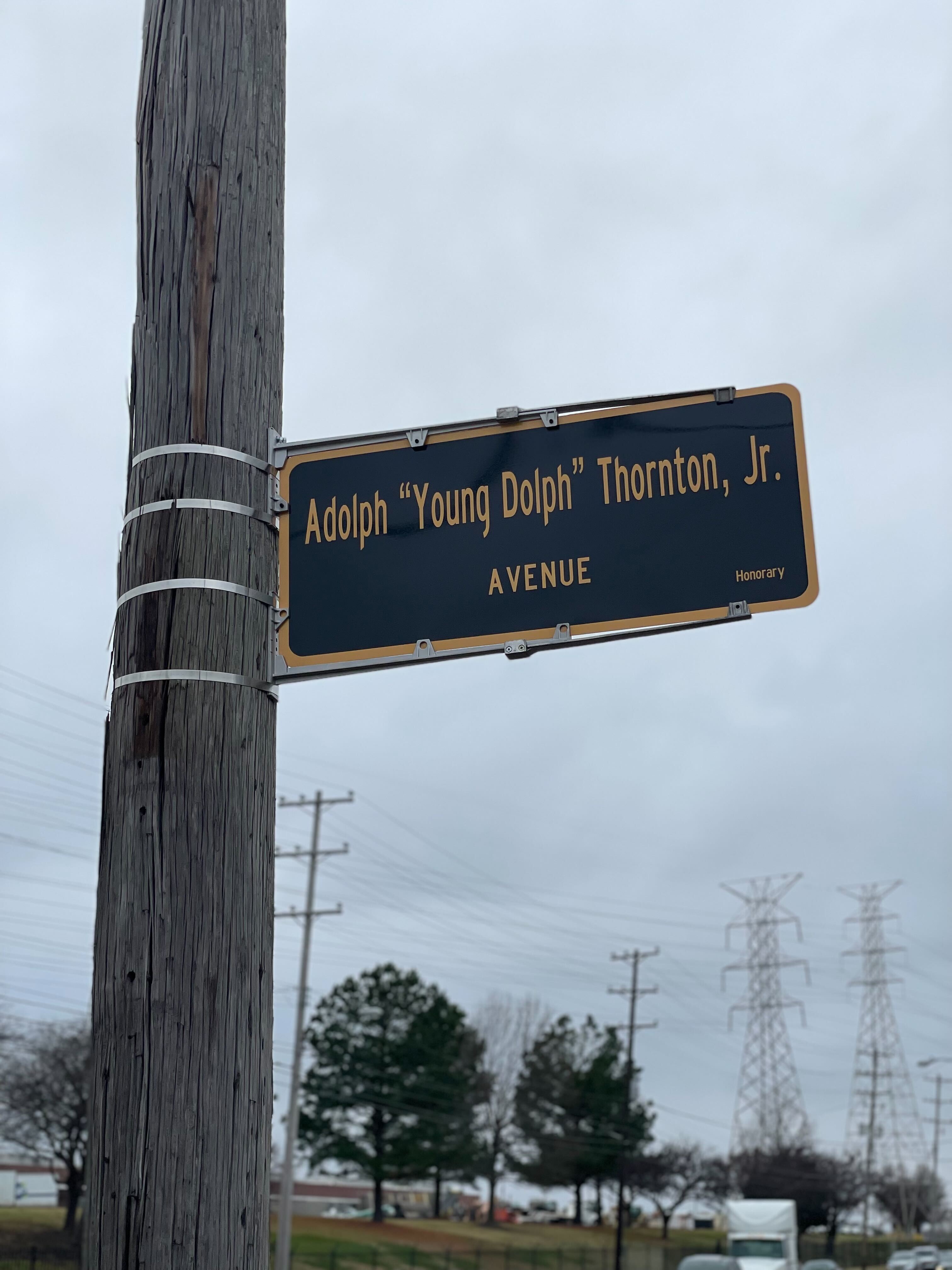 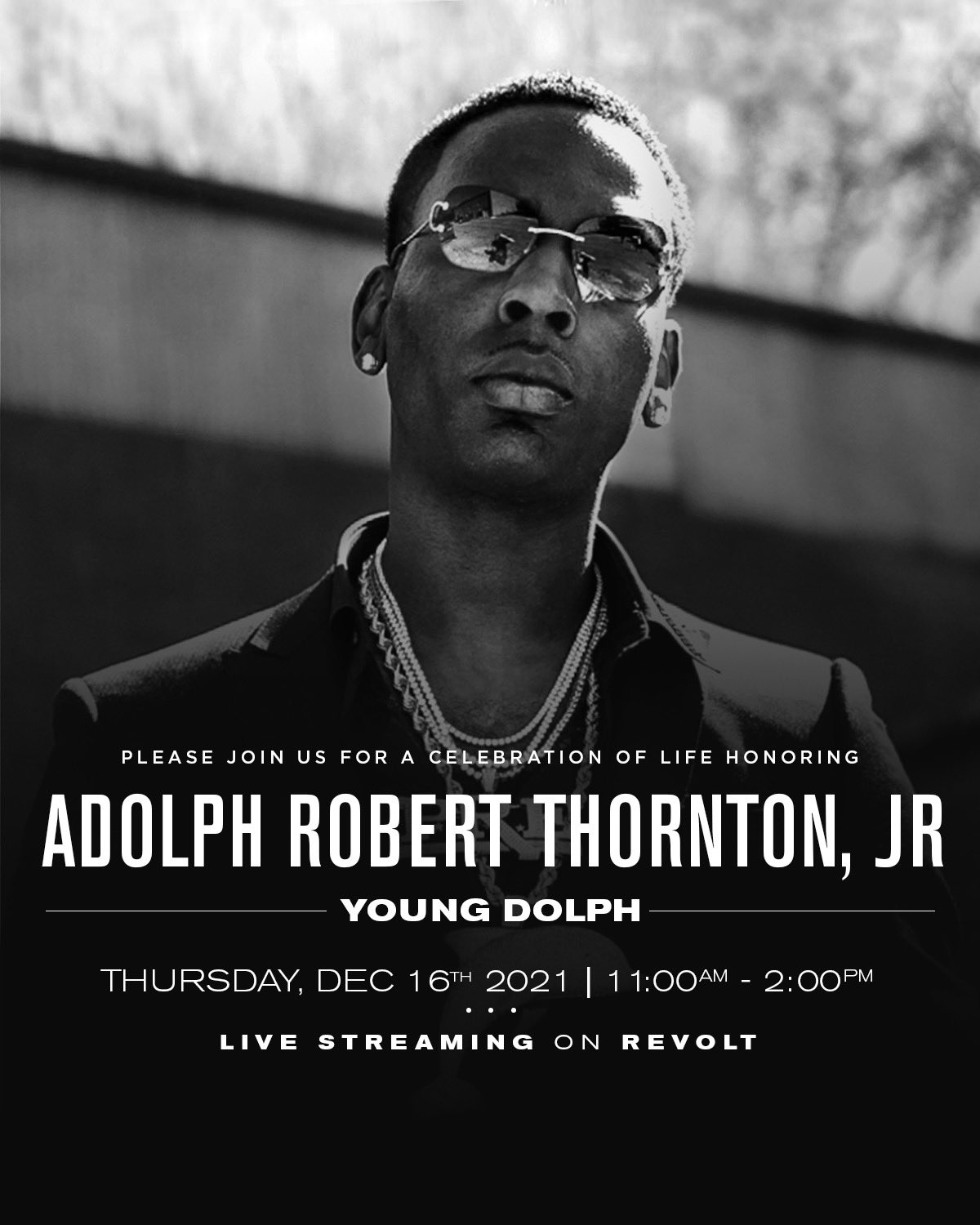