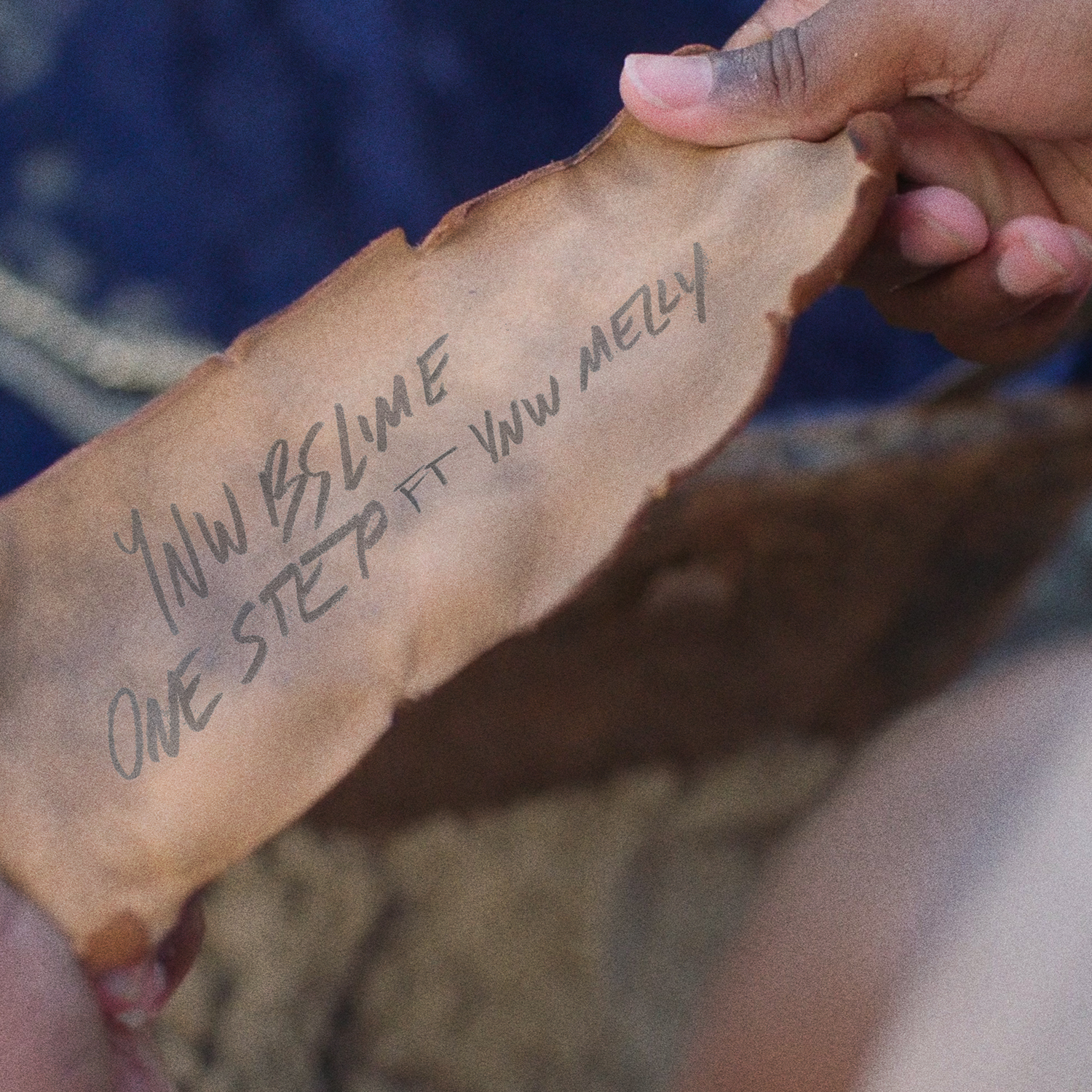 YNW BSlime has an ear for melody and an expressive singing voice that would be impressive for someone twice his age. Teaming up with his brother YNW Melly, BSlime shares “One Step,” his new video single. Finally sharing the long-anticipated source of a snippet Melly shared on Instagram last year, BSlime and Melly implore the listener to move their bodies as they float atop a dancehall-inflected beat. While Melly applies his singular melodic sensibility to the song’s hook, BSlime impresses during his verses, dancing between the syncopated rhythms as he pledges his devotion to his latest fling.

In the video, BSlime heads to Africa with his girlfriend, enlisting the help of a guide to find lost treasure…which turns out to be a bedazzled “YNW” chain. The currently-incarcerated Melly appears in CGI form, his face appearing on various surfaces to sing the hook. Exhibiting an easy chemistry between the two musical brothers, “One Step” is the latest earworm-y single from BSlime’s upcoming Slime Fever project, following the plaintive “Just Wait” (1 million views) which finds BSlime processing his brother’s legal troubles, theromantic “Luv U,“ and the none-too-serious  “Freestyle LOL” (3 million YouTube views),

Starting from the moment when Melly encouraged BSlime to stop playing Fortnite and come join him at the studio, Melly has always had his little brother’s back. But BSlime doesn’t stand in anyone’s shadow. Released in July 2019, BSlime’s first single “Hot Sauce” caught fire on social media, racking up over 1 million plays in less than 24 hours of release. The budding star built a massive following on YouTube and SoundCloud, generating nearly 82 million domestic streams and 35 million video views in the past 12 months off the strength of follow-up hits like “Slime Dreams” (20 million streams on Spotify). Last winter, BSlime shared his debut project BABY GOAT, which racked up over 63 million streams, earned positive notes in Pitchfork and HotNewHipHop and featured appearances from Melly and Lil Tjay.