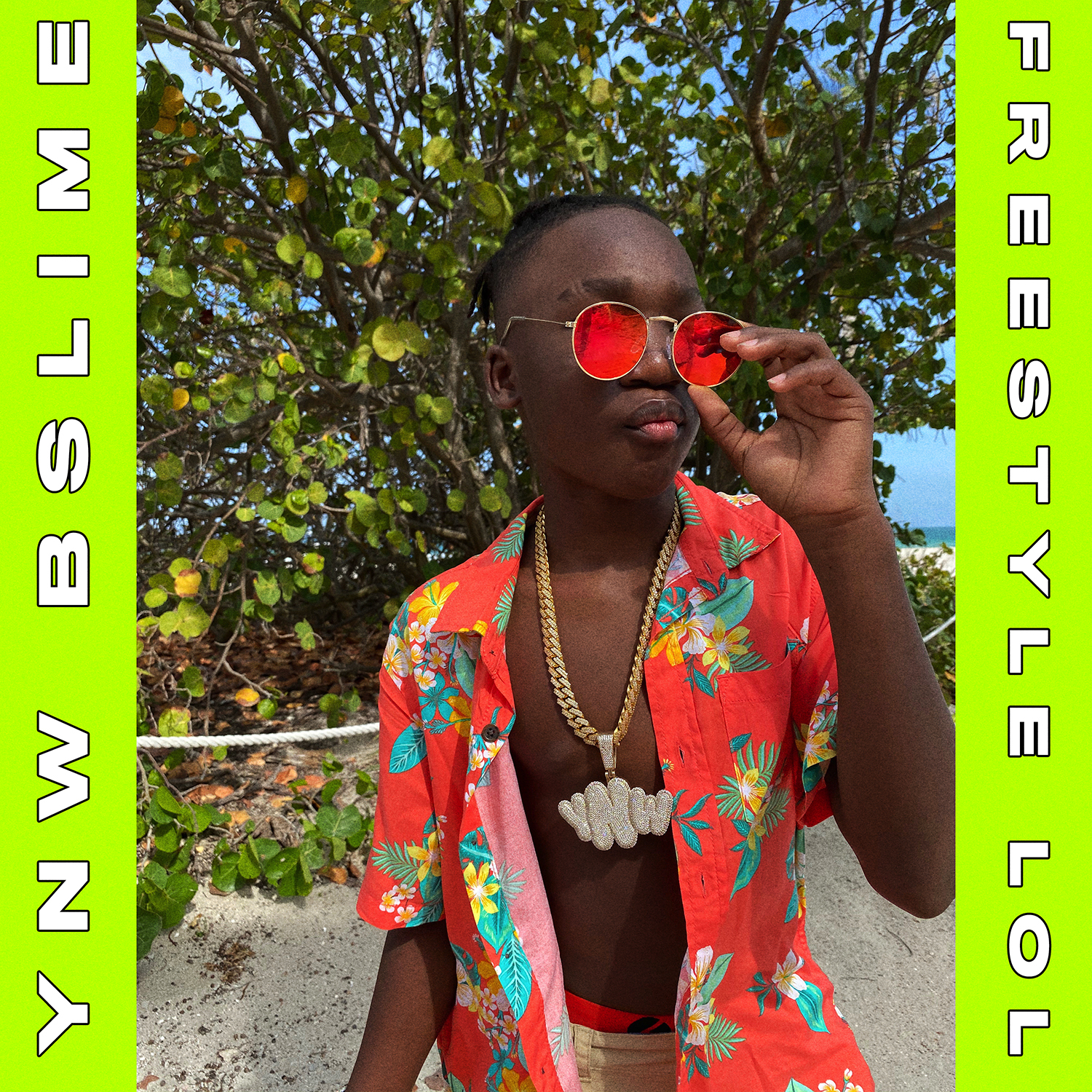 He’s been in the game for less than a year, but 13-year-old artist YNW BSlime is quickly becoming hip-hop’s top prodigy. Showing off his strong vocals and fresh style, the Gifford, Florida native shares “Freestyle LOL,” his new video single. Produced by Young Shad, who connected with BSlime for his hit “Slime Dreams,” “Freestyle LOL” is a breezy and melodic testament to BSlime’s immense potential, his voice jumping octaves as he warns his haters to take a step back. In the video, directed by DrewFilmedIt, BSlime kicks it in a rail yard before heading to a picturesque beach, looking like a boss in his aviator sunglasses.

“This is a song to have fun to,” says BSlime. “That’s why I put an LOL at the end of the title. Nothing serious.”

Encouraged to try his hand at music by his older brother YNW Melly, YNW BSlime immediately proved that he doesn’t stand in anyone’s shadow. Released in July 2019, his first single “Hot Sauce” caught fire on social media, racking up over 1 million plays in less than 24 hours of release. The budding star built a massive following on YouTube and SoundCloud, generating nearly 70 million domestic streams and 33 million video views in the past 12 months off the strength of follow-up hits like “Slime Dreams” (17 million streams on Spotify). Last winter, BSlime shared his debut project BABY GOAT, which earned positive notes in Pitchfork and HotNewHipHop and featured appearances from Melly and Lil Tjay. Most recently, BSlime connected with Lil Yachty for a remix to BABY GOAT single “Just Want You.“

When he’s not making music, BSlime loves to play basketball, eat ice cream, and dominate Fortnite on his XBox. Stay tuned for much more from YNW BSlime in the coming months.