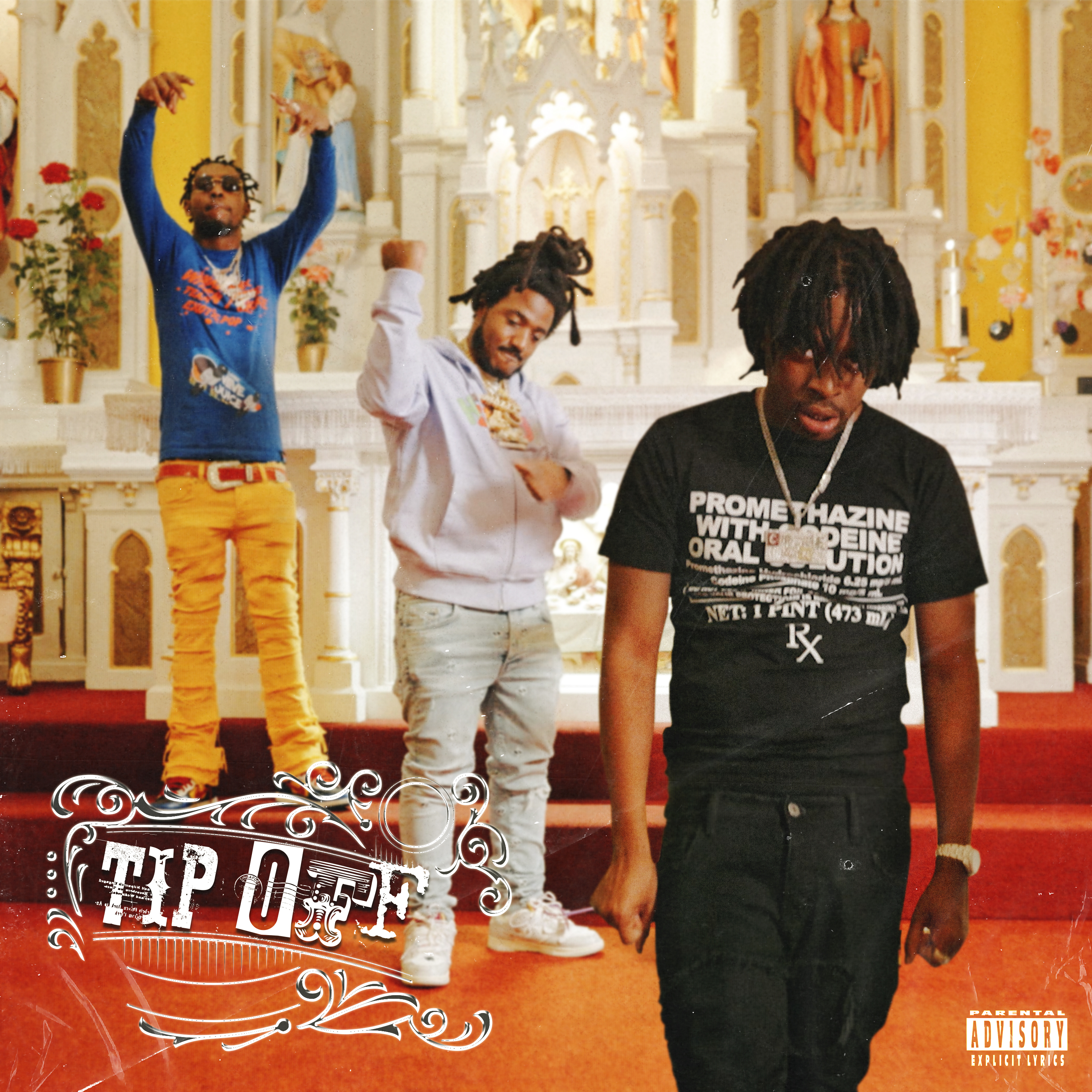 With his ludicrous lyricism, endless energy, and infamous “coochie” fixation, Flint’s YN Jay has carved out his well-earned spot as one of Michigan rap’s most colorful contributors. Since swiftly rising through the ranks of rap stardom after a career year in 2021, YN Jay returns with “Tip Off,” enlisting Sacramento’s Mozzy and fellow Flint native, Louie Ray for his new single. With fast-paced, piano-laced production, courtesy of Flint-area sound architect Wayne616, along with KDinero, the instrumental sets the stage for YN Jay’s stop-start stream of thought to shine as he wrestles with resentment, rapping, “B****, you play like Westbrook, why you mad at Kevin?/And you left the team when we-(damn)/And you left the team when we needed you, got me mad at Kevin.” The video finds YN Jay in a disagreement with his lady over text messages. He contemplates his situation in the mirror with Louie Ray playing his reflection, before the two Michigan rappers link up with Mozzy to spit fire in a chapel.

“Tip Off” fittingly marks YN Jay’s first release of 2022, following a prolific 2021 which saw the Alamo Records signee release multiple projects, spark several viral trends, and drop a metric ton of music videos. Furthermore, the Michigan rapper solidified himself as a somewhat mythical figure on TikTok, generating millions of video creations on viral hits like “Triple S,” “Coochie Land,” and “Kakashi,” while his inimitable raps quickly earned co-signs from the likes of Drake and Lil Uzi Vert. Among his 2021 projects was the highly acclaimed Coochie Chronicles, home to singles like “Slow Motion” and the Coi Leray-assisted, “Triple S Remix.” Receiving praise from Pitchfork, The FADER, and more, the project ushers listeners into Jay’s sex-crazed mind, wielding his slip-sliding, start-stopping flow as he unleashes a torrent of punchlines and outrageous boasts. Coochie Chronicles is also home to Jay’s signature song, “Coochie,” a collaboration with “Tip Off” featured artist and close friend, Louie Ray, which boasts over 32 million views on YouTube.

Stay tuned for much more from the “Coochie Man,” including plenty of new music, as 2022 rolls on.