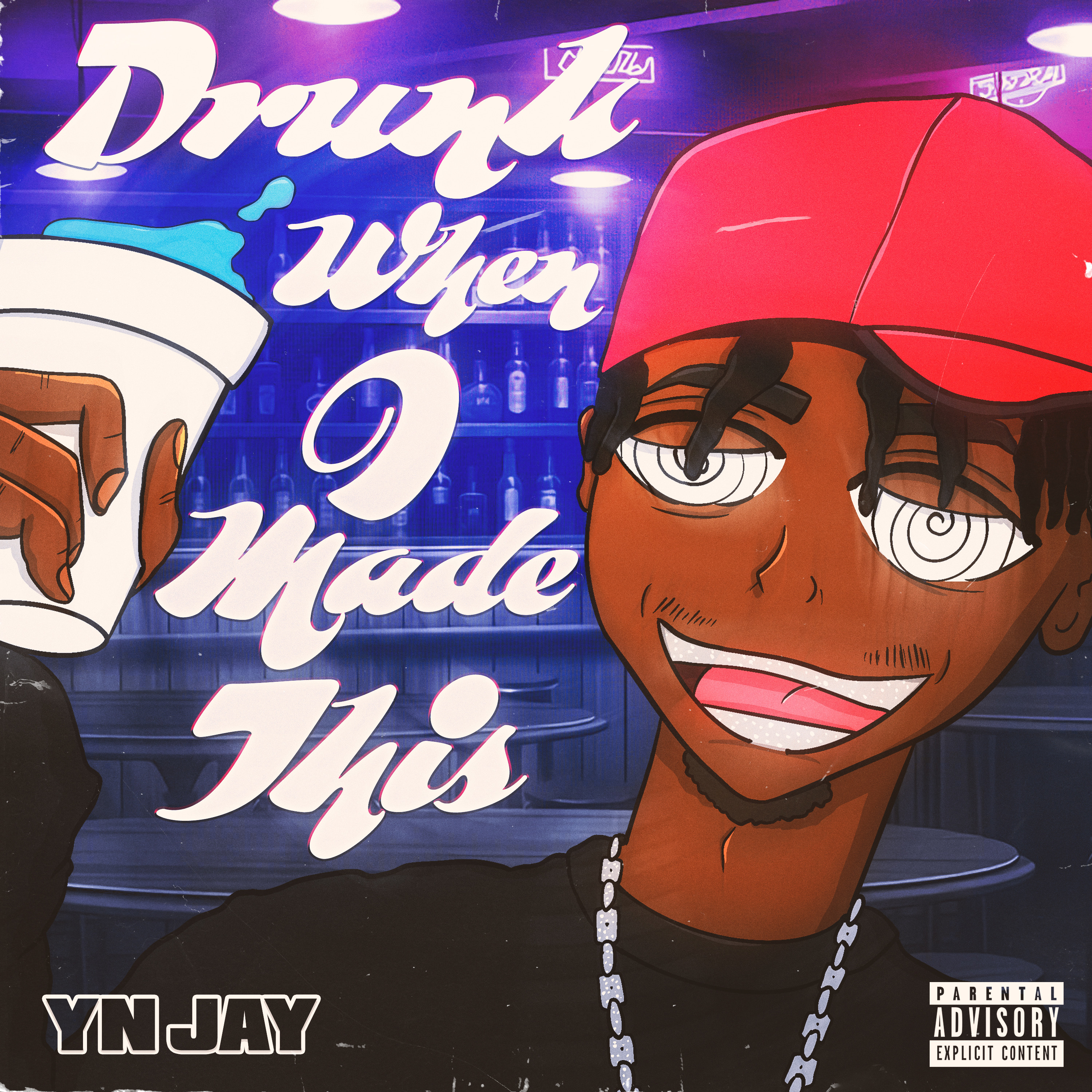 Capable of launching a viral trend with a stray ad-lib, Flint native YN Jay is taking the internet by storm. Flashing his famous sense of humor and effortlessly fly flow, the artist known as “Coochie Man” shares “Drunk When I Made This,” a new single. With thumping drums courtesy of Jay’s frequent collaborator ENRGY, “Drunk When I Made This” finds an inebriated Jay rattling off a succession of stream-of-consciousness witticisms about his favorite topic: “You can only have me for one day like a white tee, girl/B*tch, I’m tired of going back and forth like hockey, girl/B*tch just do it for a check, she a nice girl/B*tch knew I was gonna cheat before I did, she a psychic girl.” The 22-year-old artist alternates rhymes with the expressive ad-libs that made songs like “Triple S” viral hits on TikTok and beyond. “Drunk When I Made This” is Jay’s second new song in less than seven days, following the off-kilter video single “Yeessiirrrr,” which has over 120k YouTube views since it dropped last weekend.

YN Jay is currently trending on TikTok  with his recent single “Triple S,” a collaboration with Jay’s frequent collaborator and fellow Flint native Louie Ray. The latest in a long line of viral TikTok hits, “Triple S” has inspired over 450k video views on multiple sounds–one that taps into Jay’s unique mic presence and expressive ad-libs, and another that highlights his witty lyricism–has earned over 12 million Spotify streams, and made its way onto Spotify’s U.S. Viral 50 chart. Jay recently dropped a video for “Kakashi,” a track from his recent album Ninja Warrior that also trended on TikTok (96k video creations). Earning coverage from Pitchfork, Entertainment Weekly, Mic, and many others, Ninja Warrior showcases the viral sensation’s superior beat-riding ability and boundary-pushing bars. Featuring collaborations with Lil Yachty, Sada Baby, Louie Ray, and Rmc Mike, Ninja Warrior is out now

Buy/Stream “Drunk When I Made This” (Prod. by ENRGY): http://smarturl.it/YNJayDWIMT