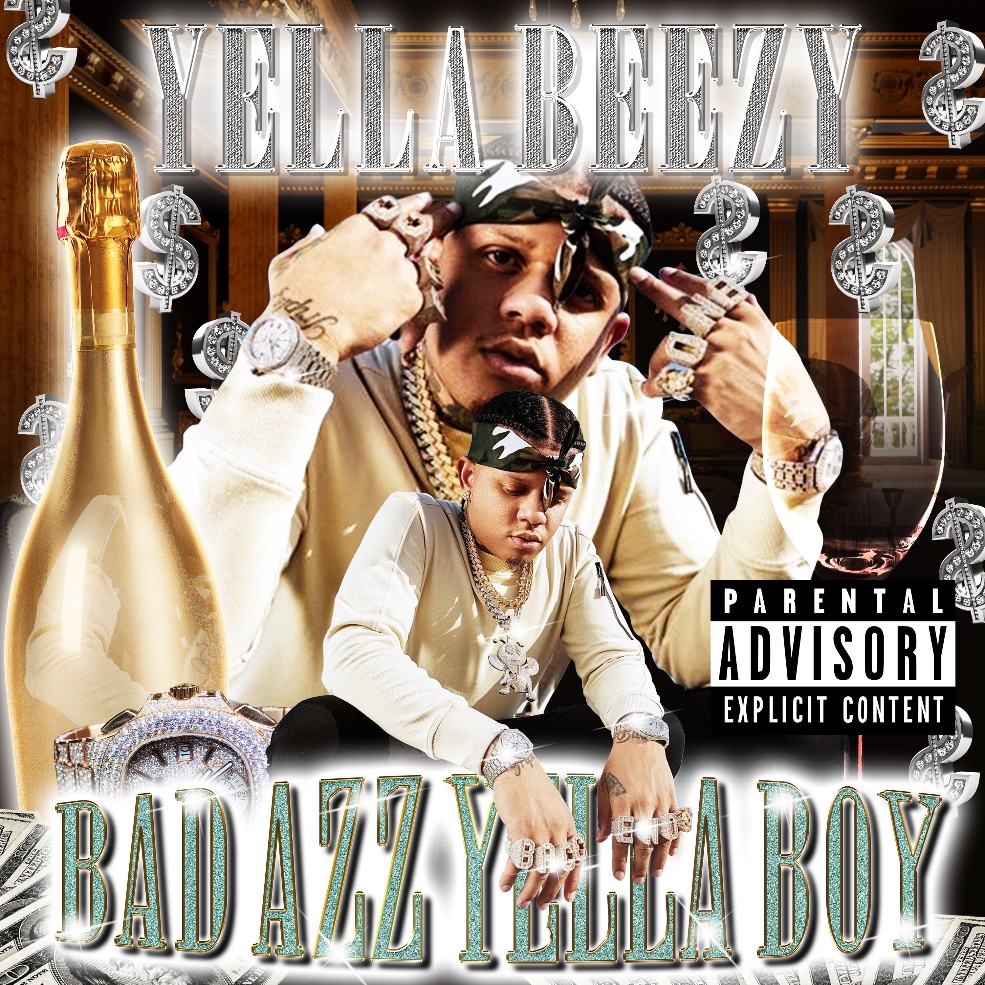 Yella Beezy‘s mix of bluesy melodies and spitfire rhymes helped him become a top dog in Dallas’s rap scene. Calmly introducing himself to anyone who doesn’t know what time it is, the Gold-selling rapper shares “Bad Azz Yella Boy,” a new video. Produced by Yella’s frequent collaborator Blame It On Monstah, “Bad Azz Yella Boy” is an effortlessly funky portrait of a villain, featuring chirruping synths that evoke a classic Texas sound and a menacing piano line. Flexing with his laid-back and melodic flow, Yella Beezy delivers a nonchalant series of boasts with the easygoing confidence of someone who knows he’s telling the truth: “I’m out the cliffs and I don’t give a f*ck,” spits the Oak Cliff, Dallas native. In the video, the hitmaking rapper flashes his bedazzled rings (spelling out his familiar phrase “bacc end”) as he hops in his Rolls Royce and generates enough heat to flame on like the Human Torch.

“Bad Azz Yella Boy” is the title track from Bad Azz Yella Boy, Yella Beezy’s latest mixtape. Spanning 16 tracks with production from Murda Beatz and others, the mixtape was Yella’s first full-length project since the release of Baccend Beezyin 2019, featuring the Top 10 Urban Radio hit “Bacc At It Again” with Quavo and Gucci Mane. The rapper celebrated his new label partnership with Asylum Records by releasing “PIMP C,” a UGK-referencing single with a guest appearance from EST Gee.

Yella Beezy’s rise to mainstream popularity came soon after releasing his mixtape Lite Work, Volume 2 in 2017. Included in the highly acclaimed mixtape was his hit single “That’s On Me” which peaked at 37 on Billboard’s Hot 100 chart and earned 200M+ video views. In 2020, Yella Beezy released “Headlocc” ft. Young Thug, “Solid” ft. 42 Dugg, and “On Fleek” ft. Gunna. His 2021 viral hit “STAR” ft. Erica Banks garnered over 2 million video views. Throughout the course of his career, Yella Beezy has collaborated on tracks with Lil Baby, Gucci Mane, and Chris Brown among many others. The Dallas born rapper currently boasts over a billion combined streams across all platforms.

With a new label partnership and an album on the way in 2023, bet on Yella Beezy to reach superstar status in 2023.

Yella Beezy made his name in the industry the traditional way, building up a massive local fanbase in his hometown of Dallas before winning the support of DJs across the country. Despite his achievements, Yella Beezy prides himself on staying humble. A single mother raised him after his father was murdered when Yella was just 12 years old. Coping with the deep trauma, the light-skinned adolescent known around the neighborhood as “yella boy” took to football and the gangland streets of Southwest Dallas. However, music proved to be Yella Beezy’s greatest calling. Rapping and recording songs since his teens, things heated up by the mid-2010s. Videos for 2014’s “No Man” and 2015’s “Trap In Designer” achieved millions of views, transforming a local mixtape rapper into a recognized talent. He emerged in 2017 with the Gold-certified hit “That’s On Me,” which peaked at #1 on Urban radio, eclipsing Drake’s “In My Feelings” for the top spot. In Fall 2018, Yella Beezy opened for Beyoncé and Jay-Z on the On The Run Tour, and in 2019, he had a prominent spot supporting his “Restroom Occupied” co-star Chris Brown on his Indigoat Tour. In Summer 2019, he shared Baccend Beezy, the breakout chapter in the Texas native’s independent rise from obscurity to stardom. Featuring the Urban Radio Top 10 hit “Bacc At It Again” featuring Quavo and Gucci Mane, Baccend Beezy peaked at #91 on the Billboard 200 and featured appearances from Young Thug, Chris Brown, NLE Choppa, Too $hort, and more. Under his new label partnership with Asylum Records, Yella Beezy continues his rise to viral triumph with a new album slated for release in 2023.