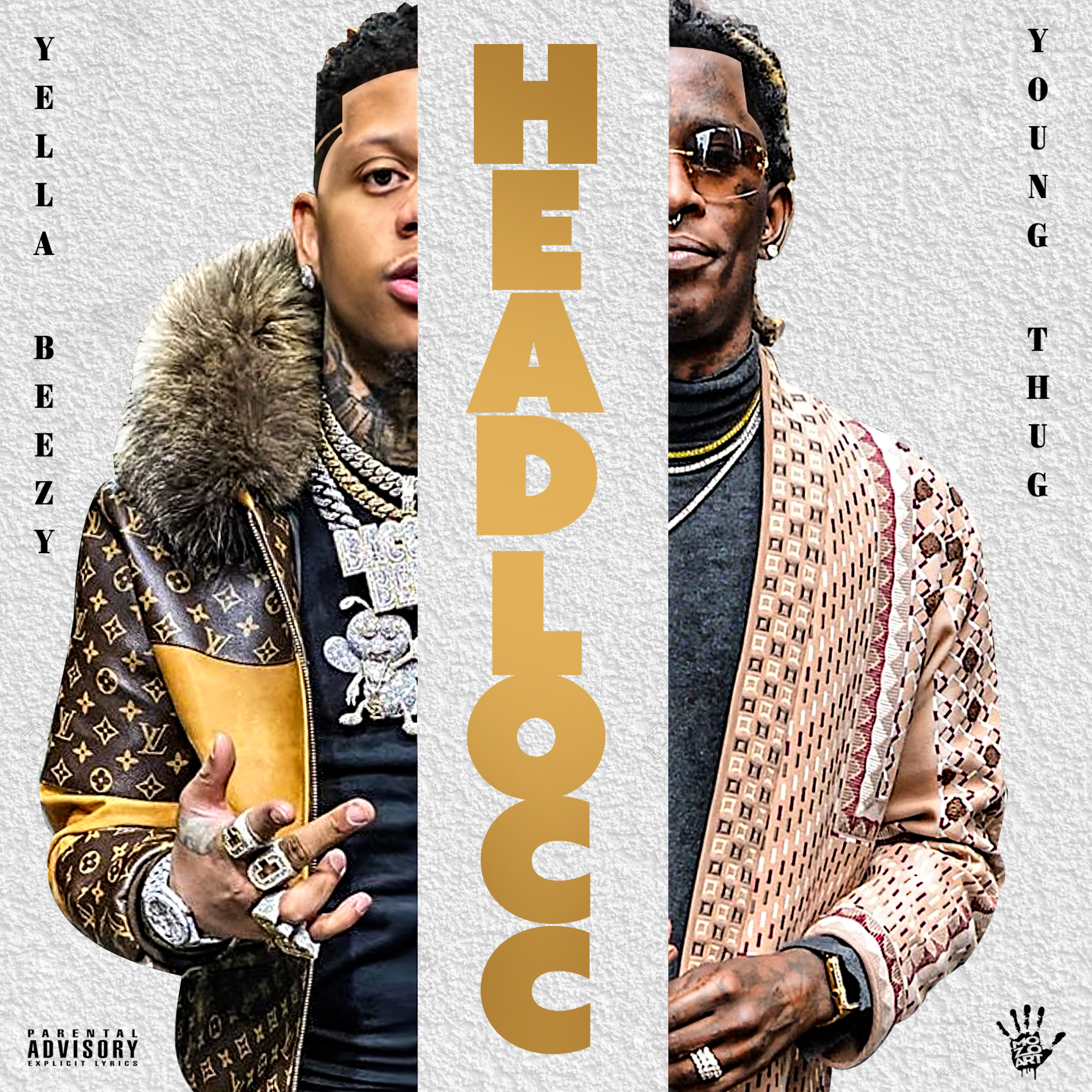 Tearing up the airwaves with his crackling bars and bluesy melodies, Yella Beezy has the rap game in a head lock. Stepping out of the booth and into the boxing ring, Yella Beezy shares the video for “Headlocc.” A bass-boosted, neck-snapping Texas trap jam produced by Monsta Beatz, “Headlocc” finds the Dallas rapper trading tough-talking verses with Young Thug, promising to bust the heads of anyone who’d dare stand in their way. In the video, directed with comic book flair by Reggie, Beezy and Thugger stop into a boxing gym on a mission to take down the local heavyweight champ. After watching the champ take down his first opponent, Beezy hits the gym with Coach Young Thug, who echoes Angelo Dundee (who coached Muhammad Ali) as he trains Yella for the big fight. When it’s time to fight, Beezy is ready, knocking the champion’s head clean off his body with one punch. With over 9 million streams on its audio, “Headlocc” will appear on Blank Checc, Beezy’s upcoming project.

“Headlocc” is the latest release in a busy year for the Oak Cliff native. In May, Beezy teamed up with fellow Texan Trapboy Freddy for I’m My Brother’s Keeper, a 12-track mixtape. full-length collaboration by the duo that previously connected for Yella Beezy’s “That’s On Me” (Remix), I’m My Brother’s Keeper hosts video singles like the heavily-armed “Ride” (1.8 million views) and the hometown salute “Raccs.” Earlier this year, the rapper emphasized the importance of sticking to a code in “Keep It In The Streets,” a guitar-driven rap ballad (10+ million combined streams). The sequel to last year’s Billboard 200-charting Baccend Beezy, Blank Checc arrives later this year via HITCO.

Yella Beezy made his name in the industry the traditional way, building up a massive local fanbase in his hometown before winning the support of DJs across the country. He emerged in 2017 with the Gold-certified hit “That’s On Me,” which peaked at #1 on Urban radio, eclipsing Drake’s “In My Feelings” for the top spot. Later that year, Yella Beezy opened for Beyoncé and Jay-Z on the On The Run Tour, and in summer 2019, he had a prominent spot supporting his “Restroom Occupied” co-star Chris Brown on his Indigoat Tour. In Summer 2019, he shared Baccend Beezy, the latest chapter in the Dallas native’s independent rise from obscurity to stardom. Featuring the Urban Radio Top 10 hit “Bacc At It Again” ft. Quavo & Gucci Mane, Baccend Beezy peaked at #91 on the Billboard 200 and featured appearances from Young Thug, Chris Brown, NLE Choppa, Too $hort, and more.

The Dallas native has been busy in 2020. In April, the HITCO signee teamed up with Young Thug for “Headlocc,” a neck-snapping new single that earned more than 4 million streams and is currently charting on urban radio. The song has picked up some viral traction on TikTok and Triller, racking up over 133k views, including vids by influencers like Kidathegreat, kangfrvr, and more. Earlier, the rapper returned to his roots for the bluesy “Keep It In The Streets” single, which earned over 1.6 million YouTube videos.Next week, the rapper shares I Am My Brother’s Keeper, a collaborative mixtape with Trapboy Freddy.