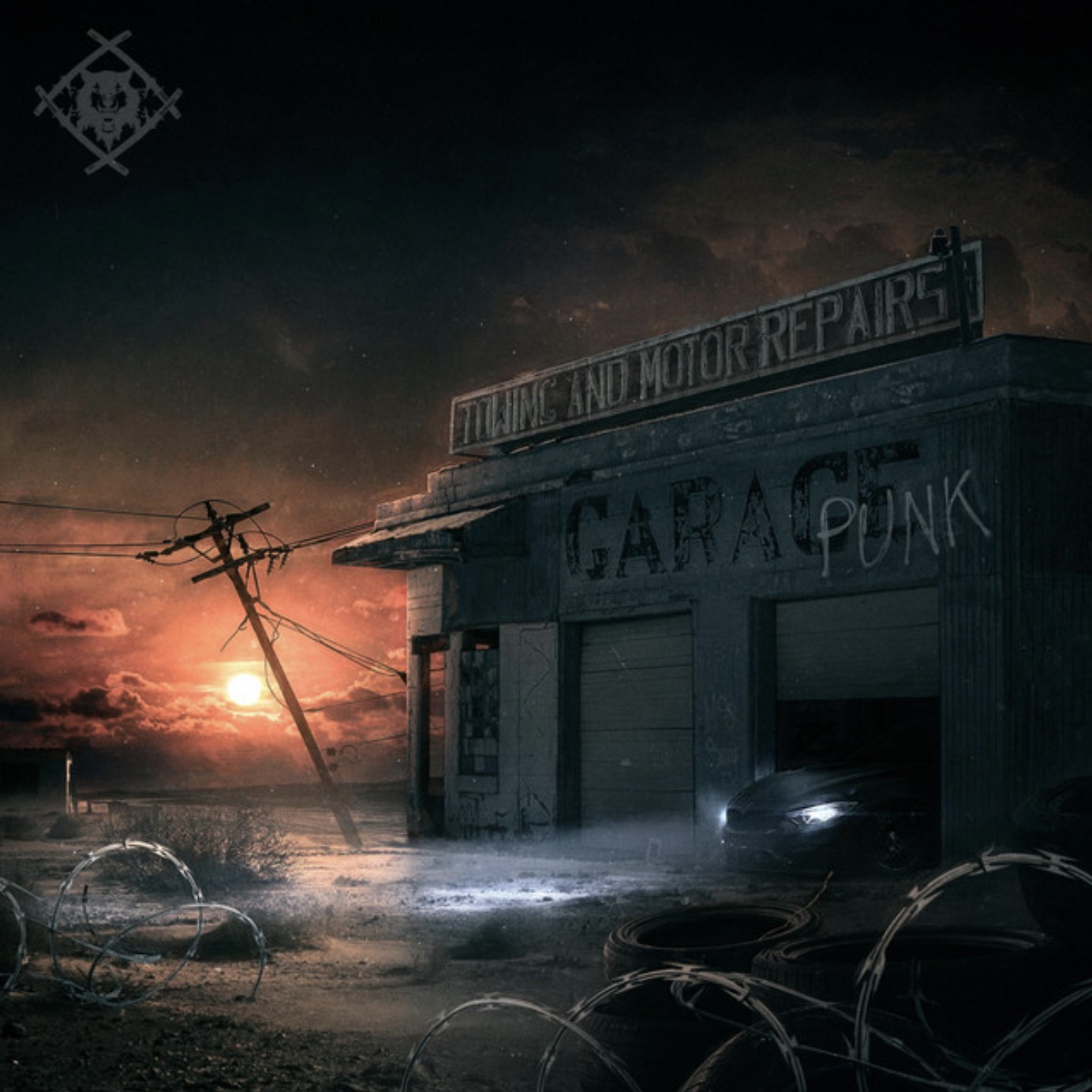 Always keeping a pedal to the floor whenever he jumps on a track, Memphis underground king Xavier Wulf is also one of the game’s prime purveyors of premium wheels. Today, he returns with a new video for “Pressure Gauge” which puts his love of souped-up, street-race-ready whips on full display. A highlight from Wulf’s recent GARAGE PUNK EP, produced in full by Quintin Lamb, a producer and member of Wulf’s Hollow Squad, “Pressure Gauge” is a headbanging heater that showcases Xavier’s acute ability to attack Lamb’s haunting, sinister production with ease and finesse. In the video, we find Xavier prepping his whip for a night of drifting, hitting the gas station to refuel before heading to the shop for a quick tune up. “Pressure Gauge” follows up his recent video release of “TOP DEAD CENTER” which finds him shutting down a car show with his fellow Hollow Squad brethren.

Produced in full by Quintin Lamb, the efficient 5-track, 9-minute GARAGE PUNK EP is perfectly suited for repeat listens, as Wulf sheds his sheep’s clothing and achieves a sinister symbiosis with Lamb’s horror film instrumentals. The follow-up to 2020’s RUDE DOG, a full-length collaboration between the two artists, GARAGE PUNK closed out 2021 for Xavier Wulf, a year in which he released popular loose singles like “Silver Fang Wulf“ (also produced by Lamb), and collaborated with the likes of BONES, Eddy Baker, IdonKnowJeffery, and Mikey Rotten. Earlier this month, the Memphis native dropped a new collection of merch inspired by GARAGE PUNK, designed by Wulf himself as part of his Moonstone brand.

These days it’s fashionable to look down South for samples and sounds, but as a native of the 901, Xavier Wulf has been making hardcore Memphis music since long before it was cool to remake Three 6 Mafia classics. His sound is classic underground Memphis to the bone, but it’s not at all stuck in the past or cashing in on nostalgia. Xavier takes spare parts from the music he grew up with and puts them under a sleek new hood, the muscular engine of a candy-painted Cadillac in the body of a Japanese drift car. The city’s distinctive car scene is often forgotten when talking about Memphis rap—the thick 808-heavy beats of Hypnotize Minds and 8Ball & MJG were designed with trunk speakers in mind. In addition to his childhood love of Fast & Furious and Need For Speed, Xavier grew up going to car shows in Memphis and eventually got turned onto the customized and turbo-charged Nissan Skylines and Honda S2000s of the underground drift world.

When Xavier’s enthusiasm for anime led him to the cult series Initial D, about a phantom driver who drifts in the mountains outside Tokyo, everything shifted into a different gear. It’s not just the Initial D samples or car references but an extra boost of nitro to his bass-driven sound, which begs to be heard from the biggest car sound-system you can find. YouTube and SoundCloud may be where Xavier Wulf made his name, but it’s in the garage and the literal streets where he’s found a true lane of his own: now he dreams as much about becoming the world’s greatest drifter, having his own trailer and a pit crew, and eventually teaching his kids to drive as he does rapping.

Xavier might be one of rap’s reigning underground kings, but he readily admits that he didn’t get to where he is alone. His name and image might suggest a lone wolf, but Xavier has always run with a tight pack: first as one of the original architects of the infamous and influential Raider Klan collective, and later as a core member of SESHOLLOWATERBOYZ along with BONES, Eddy Baker, and Chris Travis. There’s an incredibly real connection between Xavier and his fans, who he prefers to call “supporters,” which you can feel in the raucous atmosphere of his shows and see in the countless producers and rappers out there who have been inspired by his music. That mutual respect between artist and audience runs deep, because Xavier isn’t just using his listeners as a stepping stone to larger celebrity or clout. He cares deeply about how his supporters respond to his music: “I take my music seriously and I want it to be heard in the right way. I didn’t put my face out there when I was starting out because I needed people to hear the music, not see me.” In a very literal sense, his music might not exist if it wasn’t for the audience; Xavier lets the music come to him, opening up his inbox to beat submissions from fans, a way of giving back to his supporters while also finding new styles and undiscovered voices. “When I was growing up listening to Three 6 Mafia and Memphis music, I wanted to get my own piece of that sound. Now kids listen to my music, and they want their own piece of it, they want to make something like that too.” For over a decade now, Xavier Wulf has been consumed by a spirit outside himself to create—his music possesses, haunts, and pushes his listeners too.