wifisfuneral Continues the Ethernet Series with EV3RYTHING SUCKS EP, Out 12/18 via Alamo Records

Probing his inner demons with wit and panache, wifisfuneral provides the ideal soundtrack for dark nights of the soul. Trying and failing to see the silver linings in life, wifi announces EV3RYTHING SUCKS, his upcoming EP. The latest installment in wifi’s Ethernet series, following 2018’s standout Ethernet Vol. 1 mixtape and the Ethernet 2 EP, EV3RYTHING SUCKS (abbreviated to E3) finds the Palm Beach County native branching out into different styles while keeping his cerebral lyricism. On project highlights like “Split” and “What You Made Me,” wifi displays a facility with auto-tuned melody, his candy-coated melodies providing a stark contrast with the rapper’s bleak worldview. Featuring production from NVBEEL, GRiMM Doza, and Cxdy (of Internet Money), and guest appearances from YBN Nahmir and Rachet Roach, E3 arrives on December 18th via Alamo Records.

To accompany the announcement of the EP, wifi shares “Peace Sign,” the project’s first video single. On the new single, wifi reconnects with YBN Nahmir, reigniting the chemistry that powered “Juveniles,” one of wifi’s most popular songs (29 million Spotify streams). Like “Juveniles,” the NVBEEL-produced “Peace Sign” is a bouncy trap anthem, as both Nahmir and wifi strut their stuff above rapidfire sixteenth-note hi-hats: “I departed from apartments, now I’m outta space like a Martian,” rhymes wifi. In the video, wifi and Nahmir retreat to a remote area of the California coastline, rhyming atop ancient ruins and mysterious rock circles.

E3 caps off a busy year for wifi, marked by two headlining tours, three projects, and numerous collaborations with up-and-coming rappers. In June, wifi dropped Ethernet 2, an emotionally bare examination of his fraught mental state, with bright sonics that bely the heavy subject matter powering singles like “run?” (5.3 million Spotify streams). At the top of the year, wifi teamed up with Robb Bank$ for Conn3t3d, an 11-track collab project that fueled a nationwide tour. Most recently, wifi hopped on “Baretta,” an anthem by rising Floridian $not, which racked up over 6 million combined streams on SoundCloud and Spotify. 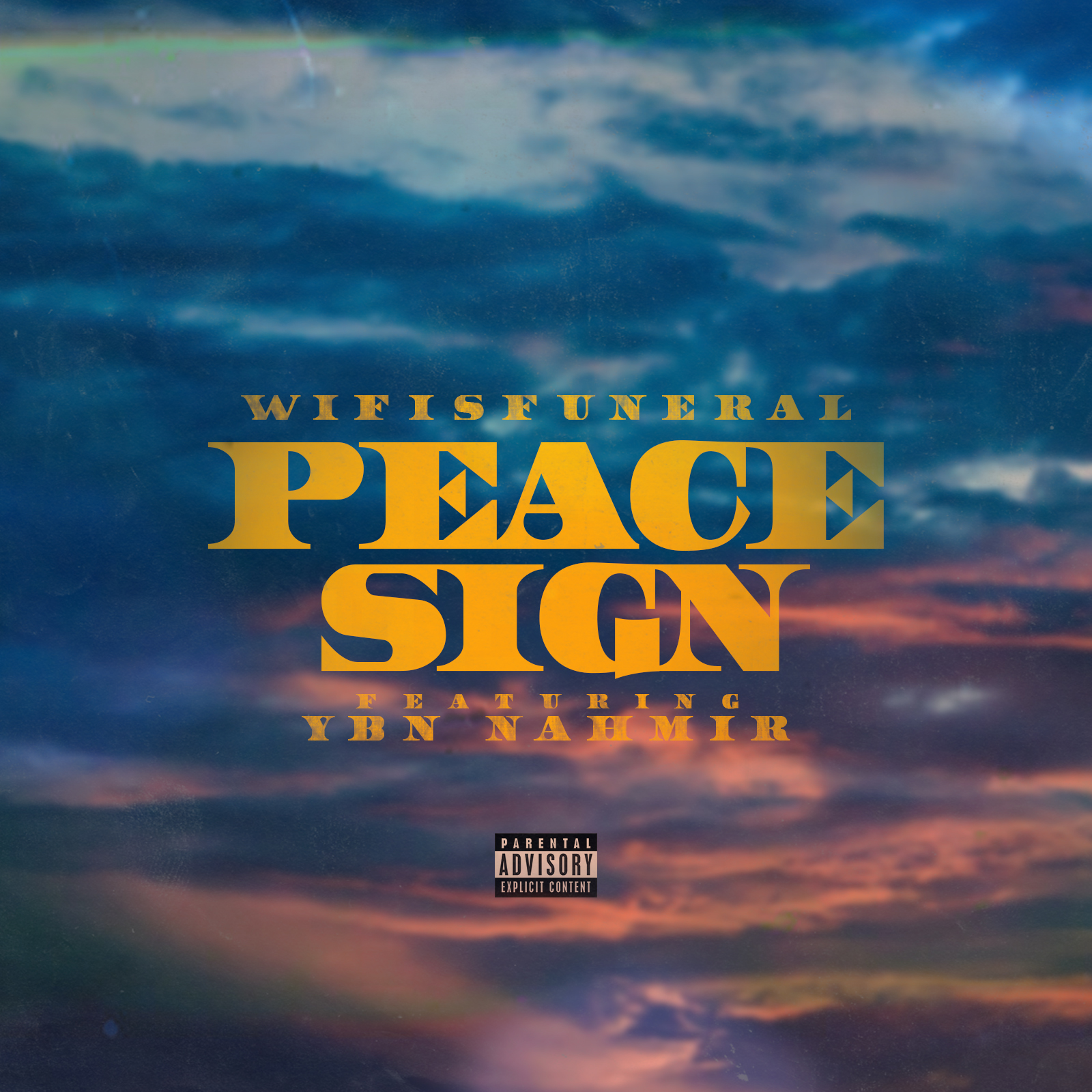