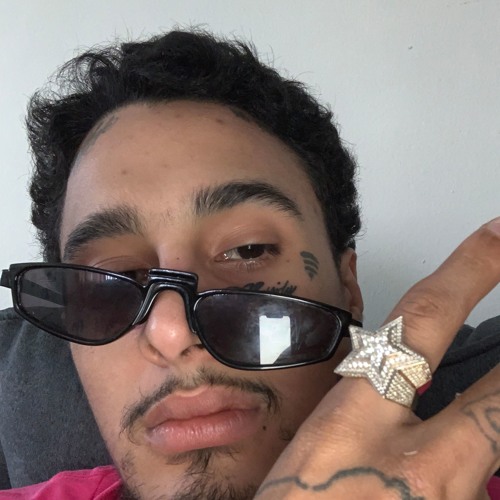 Dramatizing dark nights of the soul with wit and depth, wifisfuneral is one of the most impressive lyricists of Florida’s mega-popular new school. Shutting himself away from the outside world, wifi spits venom in “No Trust,” his latest track. Shared on wifi’s SoundCloud, “No Trust” kicks off with a burst of pure-evil bass, before wifi shouts down untrustworthy types in a triplet flow. Just 1:45 long, “No Trust” is wifi’s first new solo track of 2019, and a mere taste of what’s to come for the Alamo Records signee this year.

wifisfuneral broke out in a big way last year, releasing the popular mixtape Ethernet Vol. One (over 50 million Spotify streams), sharing the personal Leave Me The Fuck Alone EP, and earning a placement in XXL’s 2018 Freshman list. Earlier this year, wifi teamed up with fellow Floridian Robb Bank$ for Conn3ct3d, a riotously fun joint project. Featuring the single “Can’t Feel My Face,” which has 1.8 million views on its demonic video, Conn3ct3d finds the duo departing from the dark subject matter that defines their solo projects, the two emcees enjoy each others’ company on Conn3ct3d, competitively stacking syllables in a contest over who can stunt the hardest. wifi and Robb recently finished the fast-selling “Conn3ct3d Tour,” which spanned more than 20 dates and took the two budding stars across the country.

Listen to “No Trust”: https://soundcloud.com/wifisfuneral/no-trust-prod-nvbeel-wifisfuneral

21-year-old South Florida rapper wifisfuneral has taken his dark sonics, mature-beyond-his-years lyrics, and trunk rattling bass from the streets of Palm Beach to the world, amassing over 1.7 million monthly listeners on Spotify and over 700,000 followers on various social media platforms. wifisfuneral’s growth has been organic and cult-like, with his fans spreading his music like wildfire with each and every release. With virtually zero promotion other than his social media presence, wifisfuneral’s independent projects Black Heart Revenge (May 27th, 2016) and When Hell Falls (January 27, 2017) reached #69 and #17 on the iTunes hip-hop charts respectively, resulting in a label deal with Alamo and Interscope Records. His major label debut mixtape, Boy Who Cried Wolf, received critical acclaim, with two of the tracks earning placement in the Spotify’s coveted Most Necessary playlist. His latest mixtape, Ethernet, was released in June 2018 via Alamo Records. In 2018, wifisfuneral was officially named to the XXL Freshman List and reached #1 on YouTube’s trending chart. Most recently, wifisfuneral appeased his fans with Leave Me The Fuck Alone EP, a four-track effort with production from frequent collaborators HenryDaher and Cris Dinero.About Robb Bank$:
Florida native rapper, Robb Bank$ has 2 studio albums, 4 mixtape and 2 EPs. Robb persistently recreates himself as he furthers his career while maintaining an original authentic style. With features from XXXtension, production from Zayvatoven and signed with Cash Money Robb is determined to withstand the test of time in a fast paced trend driven industry. On February 12, 2018, Banks released single “A Milli (4 M’s)” and announced the upcoming release of “No Rooftops 2: Reloaded”.[17] Weeks later Banks would released a mixtape titled “Molly World” through Empire Distribution on March 9, 2018.[18] Track 14 of “Molly World” “Let Da Beat Build” was made part of Cash Money’s “Before Anythang” Documentary Soundtrack.[19][20] On April 7, 2018 Bank$ and Wifisfuneral released lead single “EA” from their upcoming collaborative project. The two are set to hit their 28 city tour starting on January 17th, 2019