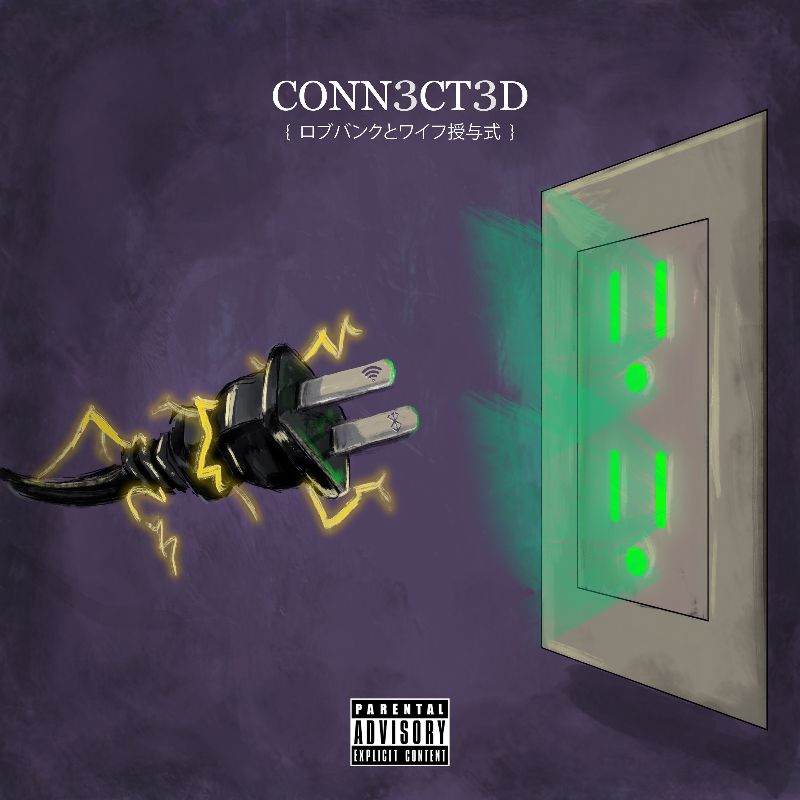 Two of South Florida’s most wanted emcees, wifisfuneral and Robb Bank$ share a lot more than just geography–they both came up on SoundCloud with a predilection for pitch black, headphone-ready instrumentals. Delivering flex-heavy verses over state-of-the-art production, wifisfuneral and Robb Bank$ announce Conn3ct3d, their upcoming collaborative EP. Departing from the dark subject matter that defines their solo projects, the two emcees enjoy each others’ company on Conn3ct3d, competitively stacking syllables in a contest over who can stunt the hardest. Swapping bars and finishing one another’s punchlines, the chemistry between the two tourmates is electric, as Robb’s booming basso bounces nicely off wifi’s double-time slick talk. Featuring distorted, speaker-knocking production from Cris Dinero and others, Conn3ct3d arrives on January 11th, 2019 via EMPIRE / Alamo.

To accompany the announcement of the mixtape, Robb and wifi share “Can’t Feel My Face,” its first single. Sharpening their lyrical pencils atop lurching bass and syncopated snares, wifi and Robb go back and forth on the new single with a shared lockstep cadence, each turning in several outrageous and memorable lines along the way. Says wifi: “My bullets be sharper than darts/Kush, it be loud like a fart/I got that iron like my name Tony Stark.”

Kicking off 2019 in style, wifi and Robb Bank$ prepare for the upcoming “Conn3ct3d Tour.” Kicking off on January 17th in Colorado Springs, the tour spans 28 dates and 20 states before finishing its run with a home show in Miami on February 23rd. The “Conn3ct3d Tour” will stop in New York on February 15th at Highline Ballroom in and Los Angeles on January 27th at Warehouse 1720.