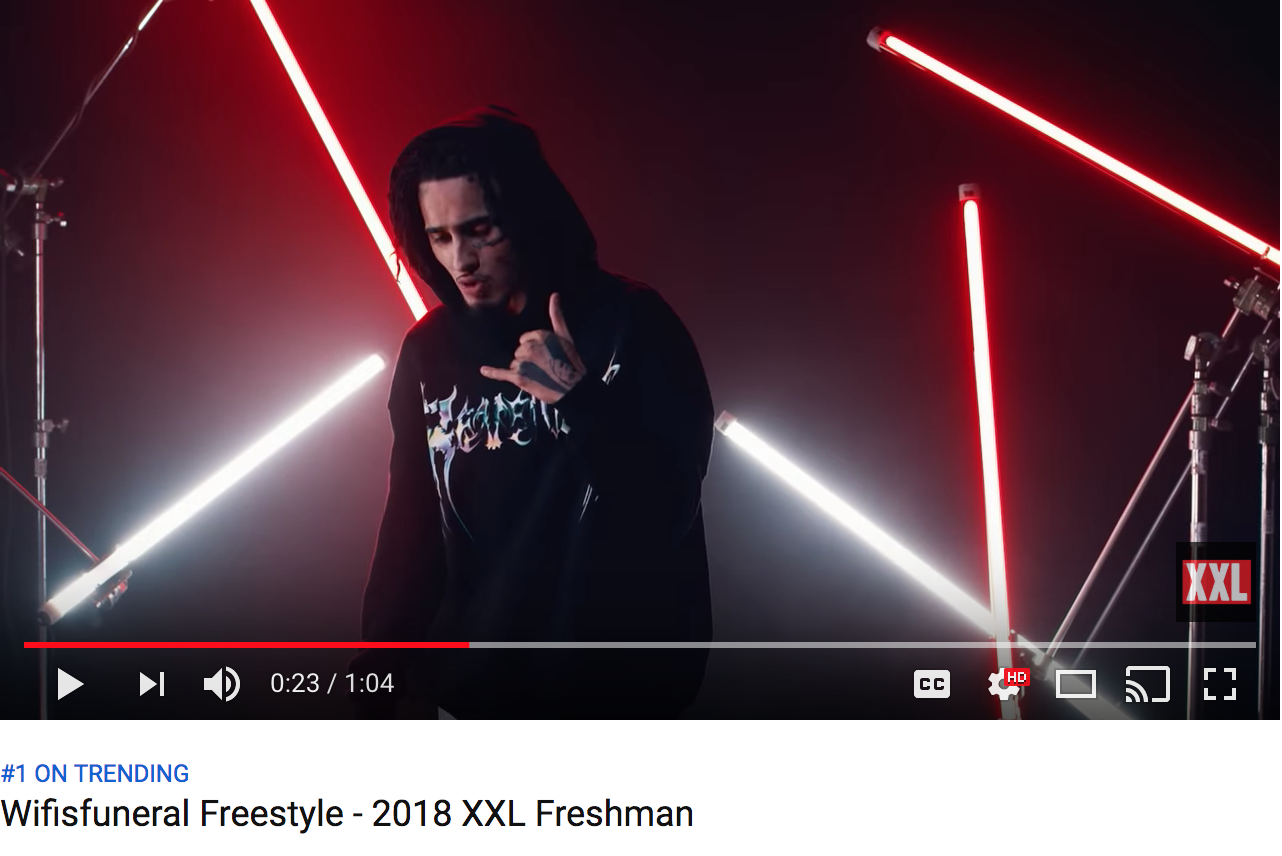 Bursting out of the South Florida scene with his sharp lyrics and cerebral style, wifisfuneral is one of rap’s brightest new stars. Hot on the heels of his selection to the 2018 XXL Freshman 10, wifisfuneral shares his “XXL Freshman Freestyle.” With over 150,000 views in the hours since its release, the freestyle shows off wifi’s prodigious talent, as he drops references to his past hardships and current successes: “Ay, I see dead people when I’m walking outside/I was raised to be on my shit stay 10 toes outside/Like is you really down to ride, don’t think you live this life/I could walk to hell and back and know I’ll be alright.” wifi’s lyrics from his freestyle eventually found a permanent home on “Been 2 Hell & Back,” a highlight from his recent Ethernet mixtape, which has over 30 million streams on all platforms.

“I just wanna be known simply off my music,” wifisfuneral told XXL. “I’ve built such a cult-following fan base off of just my music. I’m just an underdog. Out of everybody on this whole XXL Freshman list, I’m gonna be the one that people are gonna be like, ‘Why the hell is he on here?’ I promise you. I’m calling it right now.”

Check out the Freestyle feature at XXL: http://www.xxlmag.com/news/2018/06/wifisfuneral-2018-xxl-freshman-freestyle