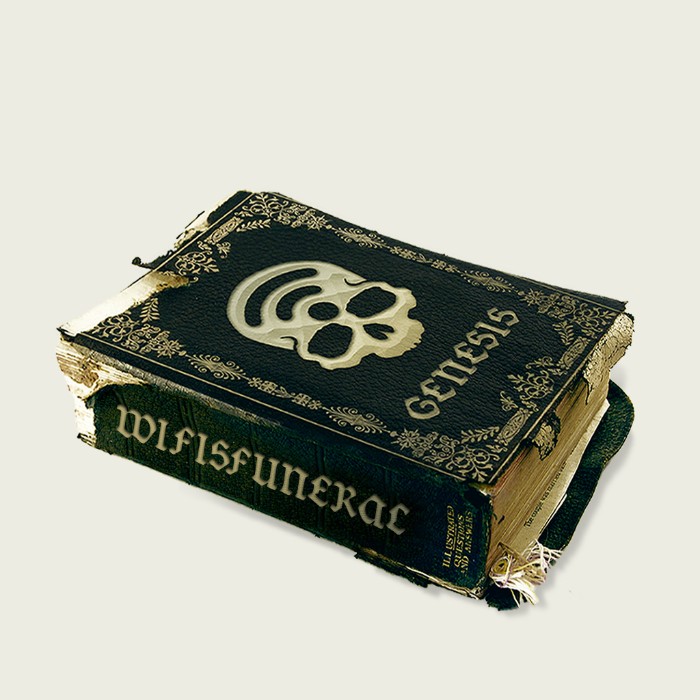 One of the most impressive lyricists in the rising South Florida rap scene, wifisfuneral wins fans with his cerebral flex. Rocking a hypnotic cadence over whirring synth and bright tubular bells, wifi expands upon his day-to-day on “Genesis,” his latest single. With production from Ronny J, “Genesis” showcases wifi’s tight technique and witty bars, as he shouts down haters and chronicles his drug use, masking his emotional turmoil with clever boasts: “Woke up shitty like ‘fuck today’/I might sip this syrup straight/Drowning my emotions in abyss, like ‘shit, that’s errday.'” “Genesis” is the latest single in a momentous build-up to Ethernet, wifi’s upcoming mixtape, following his team up with Curren$y for the remix to “25 Lighters,” the original version of which has over 3 million streams on all platforms. Earlier this year, wifi released “Knots,” his collaboration with Brooklyn upstart Jay Critch, a remix to Comethazine’s DJ Mustard-produced “Sticks,” a couple of collaborations with Robb Bank$, and shared Last Time Doing Drugs, a joint EP with wifi’s longtime collaborator and producer Cris Dinero, which features an appearance from Craig Xen.

Just 21-years-old and already with a devoted legion of fans, wifisfuneral expanded his sonic world with 2017’s Boy Who Cried Wolf, his major label debut mixtape. Featuring singles such as the Joe Budden-cosigned “JoeBuddenProbablyThinksICantRap 🙁,” the slyly self-aware “lil jeff hardy >:-),” and the posse cut “Centerfold,” Boy Who Cried Wolf reached #49 on Passion of the Weiss‘s list of the 50 Best Albums of 2017. Boy Who Cried Wolf was wifi’s second project of 2017, following When Hell Falls, which debuted at #17 on the iTunes Hip-Hop Chart and preceded a successful SXSW where he caught the attention of Todd Moscowitz, who signed him to his new venture Alamo/Interscope. In fall 2017, wifi embarked on the successful Boy Who Cried Wolf Tour, which ended in December at Rolling Loud Southern California. wifi capped a successful year with one of his biggest hits yet, “LilSkiesFuneral,” which features breakout rapper Lil Skies and racked up over 4 million streams on all platforms. Named one of the Best New Artists of 2017 by Pigeons and Planes, wifisfuneral’s star has only just started to rise. Look for the young rapper to continue his rise in 2018 with the upcoming release of Ethernet.