Specializing in insular and cerebral rap music, wifisfuneral is one of the premier lyricists in rap’s new wave. Paying tribute to the DJ DMD classic, based on a phrase originally used by Memphis legends 8 Ball & MJG, wifi paints a bleak picture of his habits in “25 Lighters,” his latest single. Chronicling his inner demons in exquisite detail, wifi mixes confessions with slick braggodocio and double-time flows. In the video, wifi retreats to his New York hotel room, with only his substances and an upright piano to keep him company, as video director Lonewolf embellishes his fractured mental state with collage-style animations. The video was released following a cryptic countdown sequence on his website, wifisfuneral.com, which kept fans speculating on what the Palm Beach phenom had up his sleeves. The follow-up to last week’s “Friday Take” visual, “25 Lighters” is the first video off Ethernet, the South Florida rapper’s upcoming mixtape. In January, wifisfuneral teamed up with frequent collaborator and producer Cris Dinero for Last Time Doing Drugs, a new bite-sized EP with an appearance from Craig Xen.

Just 20-years-old and already with a devoted legion of fans, wifisfuneral expanded his sonic world with 2017’s Boy Who Cried Wolf, his major label debut mixtape. Featuring singles such as the Joe Budden-cosigned “JoeBuddenProbablyThinksICantRap 🙁,” the slyly self-aware “lil jeff hardy >:-),” and the posse cut “Centerfold,” Boy Who Cried Wolf reached #49 on Passion of the Weiss‘s list of the 50 Best Albums of 2017. Boy Who Cried Wolf was wifi’s second project of 2017, following When Hell Falls, which debuted at #17 on the iTunes Hip-Hop Chart and preceded a successful SXSW where he caught the attention of Todd Moscowitz, who signed him to his new venture Alamo/Interscope. In fall 2017, wifi embarked on the successful Boy Who Cried Wolf Tour, which ended in December at Rolling Loud Southern California. wifi capped a successful year with one of his biggest hits yet, “LilSkiesFuneral,” which features breakout rapper Lil Skies and racked up over 4 million streams on all platforms. Named one of the Best New Artists of 2017 by Pigeons and Planes, wifisfuneral’s star has only just started to rise. Look for the young rapper to continue his rise in 2018 with the upcoming release of Ethernet. 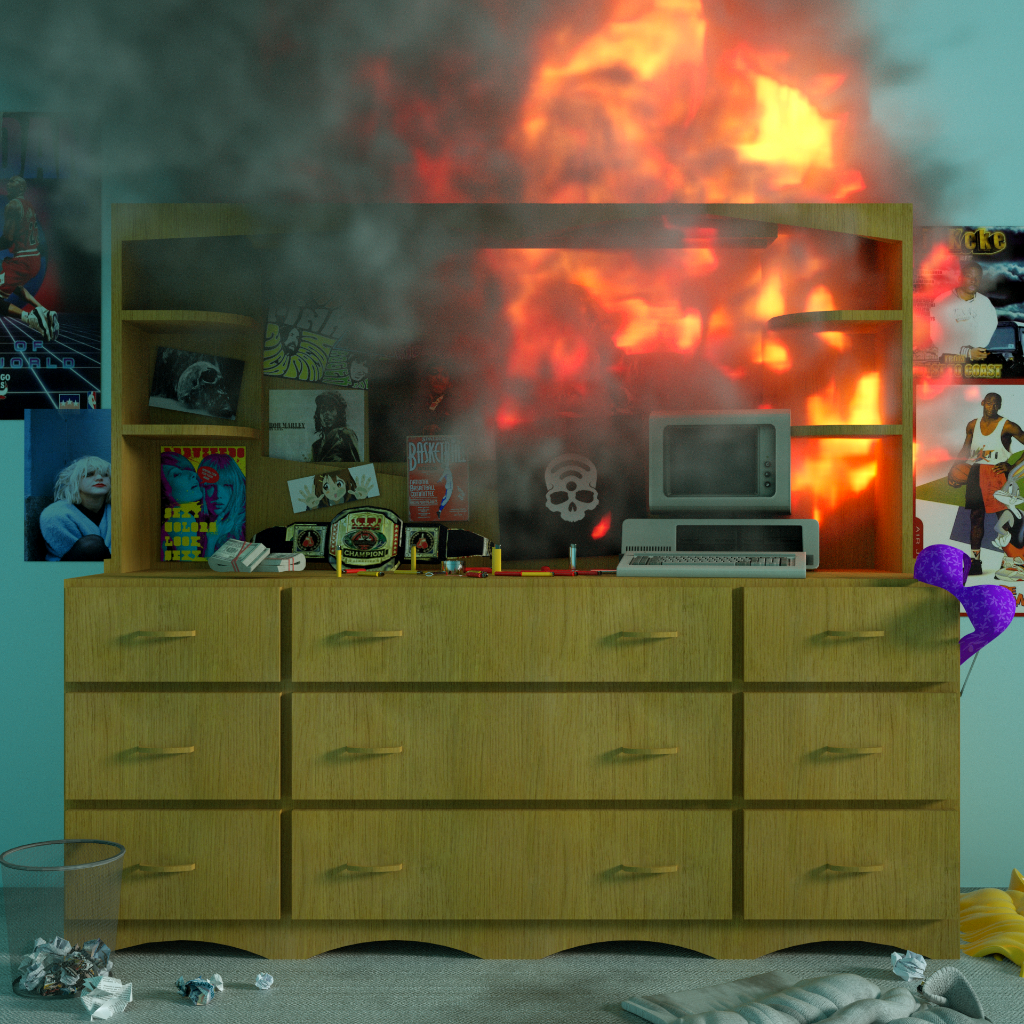