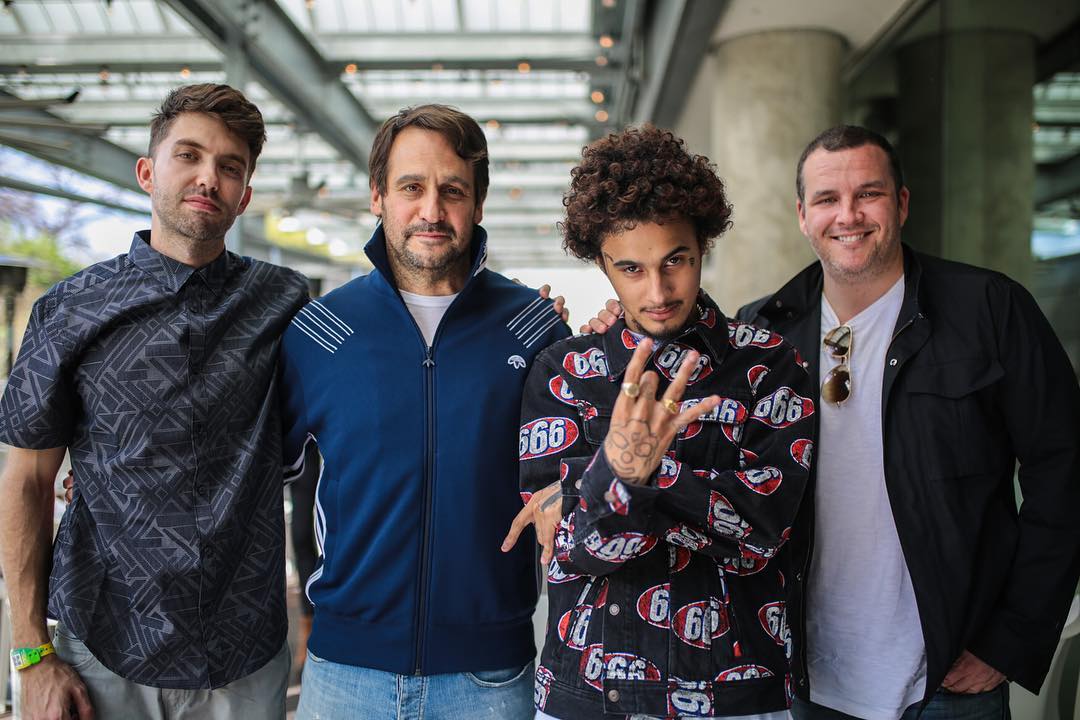 West Palm Beach’s own Wifisfuneral has been making waves online for quite some time now.” – Pigeons & Planes

20-year old wordsmith wifisfuneral has signed a record deal with Interscope/Alamo Records. The South Florida rapper announced the deal on social media over the weekend. By inking a deal with music industry executive and Alamo Records founder Todd Moscowitz, wifisfuneral became the first artist to sign out of SXSW, where he performed on seven showcases during a five day span.

Commenting on the deal, wifisfuneral said: “It’s been a great journey to get here. I want to thank my fans for helping me reach this point. I’m excited to partner with Interscope and Alamo. They believe in me enough to give me 100% creative control and still put all of their resources behind me. It really goes to show you that if you work hard and stay true to yourself, anything is possible.”

2017 has been a big year for wifisfuneral thanks in part to the release of When Hell Falls, which peaked at #17 on the iTunes Hip-Hop chart. His follow up single, the somber and reflective “wya?,” has amassed over 500,000 streams in just 2 weeks, after being released at the request of wifi’s Twitter followers when he asked them to “Tweet #wya if u want a new song.”

“We’ve been working for a long time to get to this point,” said wifisfuneral’s manager, Tariq Cherif. “When I first started managing wifisfuneral he had 2,000 followers and less than 100,000 streams. Now, 20 million+ streams and 100,000 followers later, we have found the right partners in Todd Moscowitz and Joie Manda at Interscope to take wifi’s career to the next level while maintaining his artistic integrity.”

Moscowitz added: “This is such an amazing time for music and for young artists to take creative control of their lives and Alamo was built to support that. But even within this crowded field of creators, there are leaders and wifisfuneral is one of them. He and Tariq have done an unbelievable job supporting his brand and we’re excited to have  them as part of our team.”

Showcasing acclaimed tracks such as the FADER-premiered emotive “Luv Me Never” and the Beats 1-debuted “Lost My Mind,” which features an appearance from fellow rising star Kembe X, When Hell Falls is a Neil Armstrong-type moment for the young rapper, stepping forth unencumbered by gravity. Released by wifi’s own Rich Life Records and distributed by EMPIRE, When Hell Falls exploits the inertia of last year’s Black Heart Revenge, a gloomy collection of turn-up anthems, which charted at #69 on the iTunes Hip-Hop chart with little promotion and led to the Black Heart Revenge Tour, wifi’s first headlining national tour. With 20 million+ streams and over 150,000 followers across platforms, wifisfuneral will look to grow his rabid fanbase even further in 2017. Catch wifisfuneral at Miami’s Rolling Loud festival in May, alongside Kendrick Lamar, Future, Lil Wayne, and more.