The 20-Year-Old Detroit Native Unapologetically Flexes in His New Video, the First Glimpse of His Upcoming Debut Album HUMAN BEHAVIOR 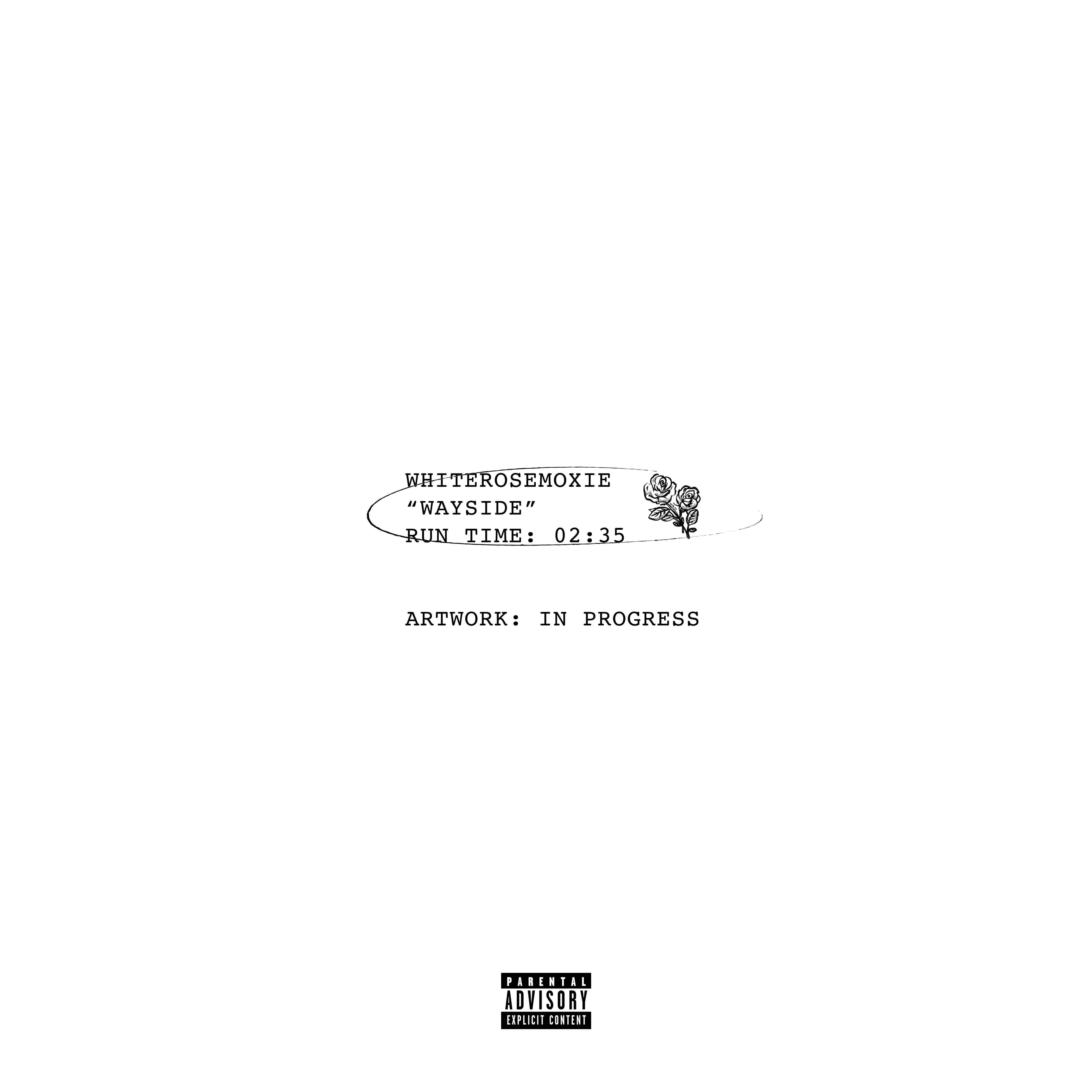 “Detroit’s whiterosemoxie has the hustle to be one of the most prolific young artists in hip-hop.” – DJ Booth

Artist of the Month – Pigeons & Planes

“whiterosemoxie has turned heads with his versatility and his ability to jump from pop and R&B ballads to trap records.” – US Weekly

“whiterosemoxie walks the line between pop and rap in a way that few other artists have been able to  effectively accomplish.” – Ones to Watch

“While some artists rely on 808s and percussion to carry the rhythm and flow of the music, Moxie can do that with his voice alone. “ – ONE37pm

Deeply musical and wise far beyond his years, Detroit artist whiterosemoxie is looking to shape the rap game in his own image. Immersing himself in a sonic realm of his own creation, and beckoning the world to join him, Moxie shares “Wayside,” a brand new video single. Produced by frequent collaborator Jay Cribbs, “Wayside” cultivates a hard-hitting, yet mysterious atmosphere, kicking off with mournful saxophones before settling into a groove with a low-note piano bassline over distorted 808s and twinkly synthesizers. Moxie accents the contours of the instrumental with forceful melody and mantra-like lyrics, expressing his desire to always keep listeners on their toes: “Give a f*ck bout a few things/And not one is what you think/I get money a few waysAnd not one is what you think.”

The song arrives alongside a kinetic and visceral music video, directed by Moxie’s fellow Detroit native Zozzy Malone. With the “Wayside” video, Moxie proves that he’s an artist who defies categorization–the camera stays in a tight close-up as Moxie moves from the gym to an apartment complex to a Metro Detroit billboard with effortless ease and attention-grabbing charisma. Moxie describes the video for “Wayside” as a major growth moment, as he kisses “reckless abandon” goodbye and starts an era of his career with focus and intentionality as guiding pillars. “Wayside” is the first glimpse of HUMAN BEHAVIOR, Moxie’s upcoming debut album, due to release before the end of the year via 300 Ent.

After a year plus of traveling and doing sessions in other cities with different producers, whiterosemoxie decided to return to Detroit and lock in with his closest collaborators to tell the story that manifests on his debut full length album. On HUMAN BEHAVIOR, Moxie gets deeply personal to talk about themes of love, loss, excess, addiction, violence, ego, exuberance, desperation, and joy, and while the stories are Moxie’s own, his songwriting is at its best when other kids see themselves in his work. More than a musical diary that tracks the varied experiences of a 20 year-old navigating life as an artist in Detroit, HUMAN BEHAVIOR is focused examination of how difficult it can be to determine whether or not we are in control of or actually controlled by the forces in our lives.

Just 20-years-old, whiterosemoxie has established himself as one of the most ambitious and forward-thinking rising artists in the game today. The young artist has generated over 30 million streams across platforms to date, including over 12 million on his first-ever release “whitegold.” Though he built his audience during the pandemic, he’s an astonishing live performer, showing off his live chops at festivals like Rolling Loud Miami and HIVE Music Festival, and recently thrilling his hometown crowd at halftime of a Detroit Pistons game. Most recently, Moxie showed his range on his recent Habits EP, a melodic 7-track effort that stretched his vocal skills and featured guest appearances from BIGBABYGUCCI and Daboat.

Always working, but never out of ideas, whiterosemoxie looks to make a major impact with his upcoming Human Behavior. Stay tuned for more music and more details about the project. 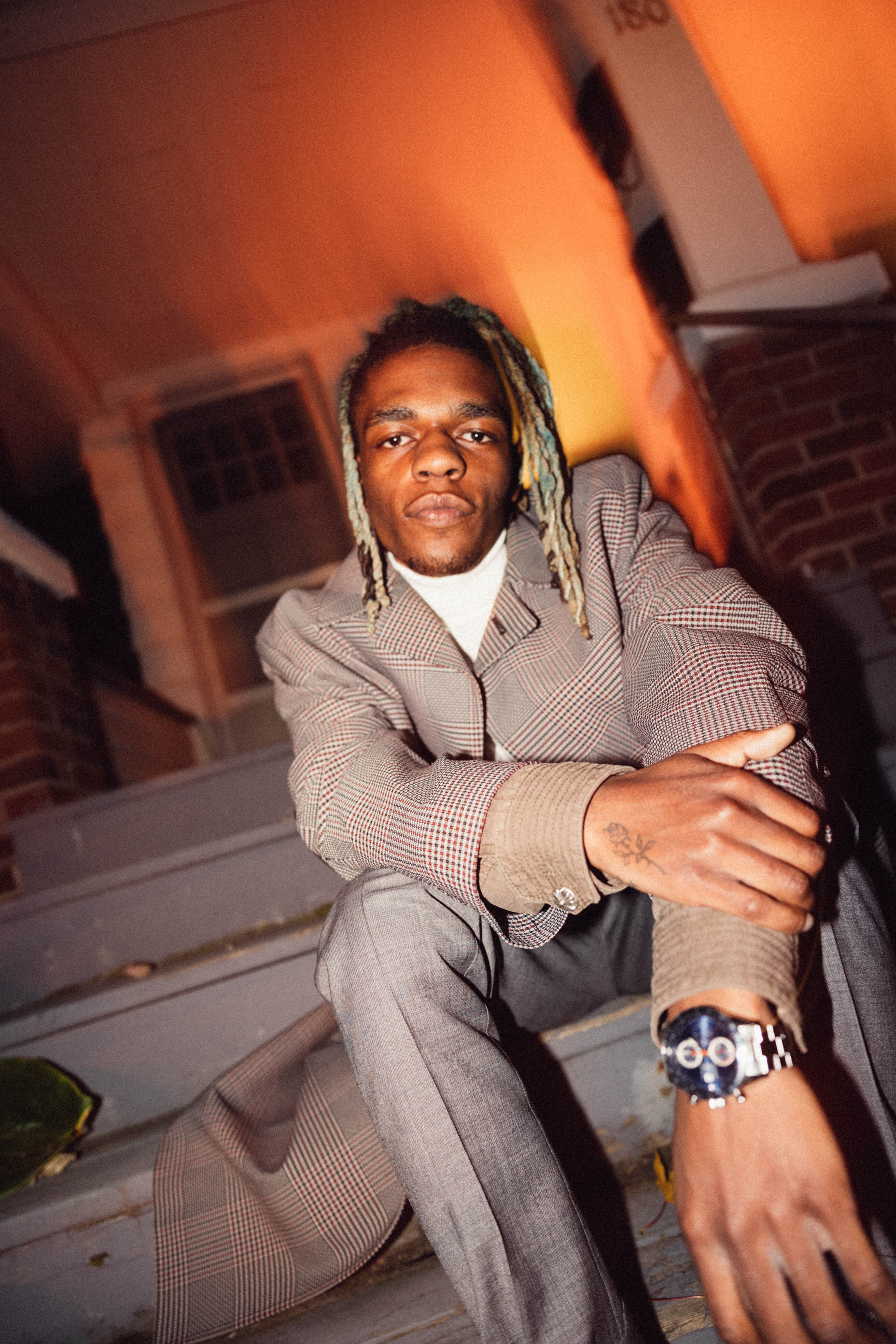 Moxie is a 20 year old rapper from the west side of Detroit. Moxie’s musical journey began in a dark place–when he was 8-years-old, an asthma attack left him in a coma for five days. This near-death experience changed Moxie’s life, and convinced the young man that he needed to make music to express his feelings and fight against the void. He released his song “whitegold” at age 16, which now has over 12 million streams across platforms. A year later Assemble Sound released his debut project “white ceilings”, which earned him a deal with 300 Entertainment in the middle of COVID before Moxie had even graduated high school. Since then he has amassed over 30 million streams across platforms and established himself as one of the most promising and prolific young voices in music, earning praise from the likes of US Weekly, DJ Booth, HotNewHipHop, and Pigeons & Planes, who named him to their monthly list of Best New Artists.