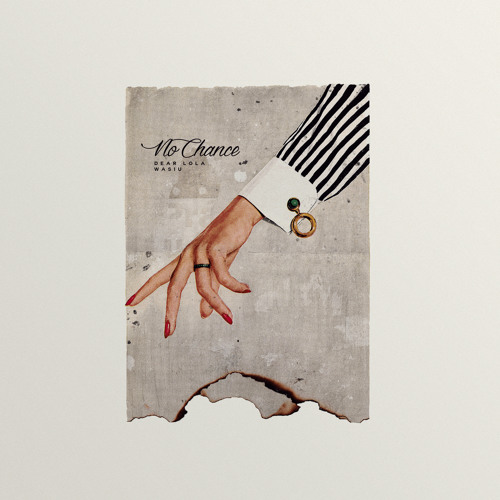 Announcing his MTLiens EP, Haitian-Canadian rapper Wasiu releases “No Chance,” a vengeful single about an unfaithful companion. Produced by frequent collaborator Dear Lola, the track showcases the duo’s chemistry while serving as a strong introduction to Wasiu’s forthcoming EP. The song samples Justin Timberlake‘s “Cry Me A River,” turning the 2002 record into a disjointed instrumental for Wasiu to express his anguish. “It’s the same theme of the original song,” Wasiu told HotNewHipHop in their premiere post. “I find out my girl has been cheating on me, but I take it a bit further. I take matters into my own hands.” With lines like, “Ain’t no way in hell, even less up in heaven,” and chorus, “No chance that I am taking you back,” Wasiu takes Timberlake’s original message to the next level of the grieving process: exasperation.

“No Chance” follows several previous collaborations between Wasiu and  RAW Records co-founder/producer Dear Lola, who remixed Kanye West and Jay-Z‘s “What U Need” to deliver Wasiu’s HYPETRAK-premiered “I Got It,” an upbeat track with a funky bass line and dance floor-ready swing. At 24 years old, the rapper was first introduced in January with his Kaytranada-produced video single, “Physical,” and he has since gone on to show his range of politically-charge, socially conscious and self-confident rhymes. “My music is empowerment, and defeat. It’s the whole spectrum,” he explains. “I’m showing what people view as both the good and the bad… and how without the bad, you can’t have the good, and so you start to appreciate the bad… for the good.”

Listen to “No Chance”: https://soundcloud.com/w-a-s-i-u/no-chance-produced-by-dear-lola-1/

Check out the HotNewHipHop premiere: http://www.hotnewhiphop.com/wasiu-no-chance-new-song.1965248.html