Warhol.SS Closes Out 2019 With the MIA EP, Releasing on December 10th via EMPIRE

“Chicago rapper Warhol.SS burst onto the scene last year with his distinctive voice and a series of catchy, off-kilter bangers” – Complex

“Totally unprofessional in the best way possible. More mixtapes need to sound like this.” – Red Bull

“Warhol balances his ruggedness with a soporific melodic flow, and I’m playing it so often that I might get it onto the ‘new and hot’ chart myself.” – Chicago Reader

Born in Chicago but raised on the internet, Warhol.SS is known for his nimble flow and taste for wavy instrumentals. Putting the finishing touches on a successful 2019, Warhol announces MIA, his upcoming EP. Featuring appearances from Ugly God and Famous Dex, and production from Bobby Kritical, Kid Hazel, Staccato, and more, MIA EP arrives on December 10th via EMPIRE.

To accompany the announcement of the EP, Warhol shares “Top Off,“ an upbeat and disrespectful new trap banger produced by Kid Hazel (21 Savage, Young Nudy) and co-produced by OZ Musique (Travis Scott’s “Highest In The Room” & “Sicko Mode”). A collaboration with Ugly God, a fellow digital native with a predilection for atmospheric trunk-rattlers, “Top Off” finds the two rappers swapping witticisms atop hi-tempo hi-hats and detuned synths: “Is that b*tch a 9, she ain’t fine enough/All it take is one call, then they fly it up,” rhymes Warhol. An effortlessly fun and unrepentantly profane ode to life’s simpler pleasures, “Top Off” boasts the playful attitude and polished sound design that marks the rest of the MIA EP.

Riding the momentum of 2018’s successful Chest Pains project, Warhol kept busy in 2019, releasing the buzzing “Kill Tek Piece” featuring Lil Mosey (over 5 million combined streams on YouTube and Spotify), collaborating with bbno$, Shoreline Mafia, and Brodinski, and toured with the likes of YFN Lucci and Thouxanbanfauni. Finishing the year on a high note, the MIA EP finds Warhol refining his immersive trap sound, working the contours of the instrumental with his flex-heavy patter. 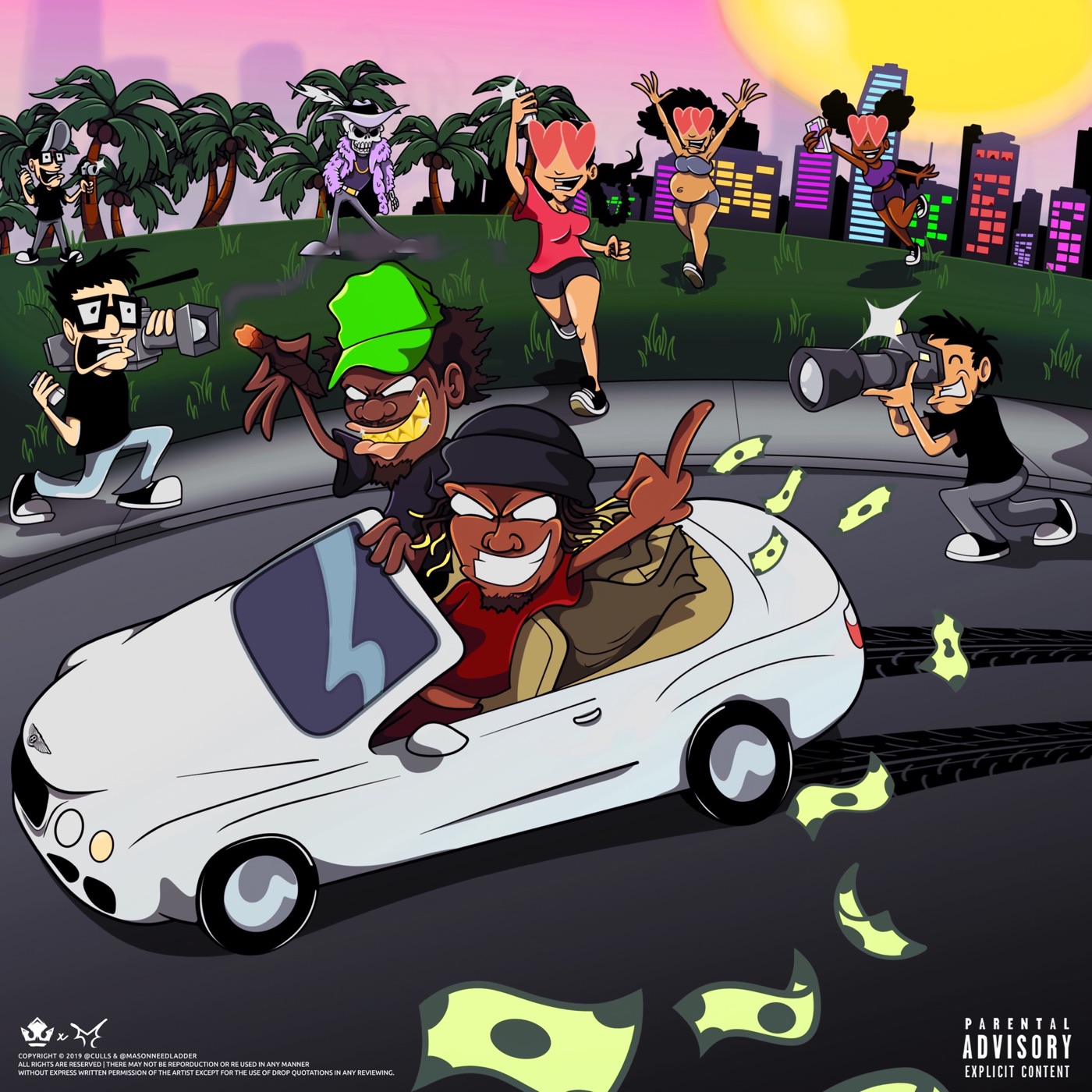 Born on Chicago’s East Side, Warhol.SS grew up in a music-loving family, with a mother who loved Erykah Badu and a father who loved MF DOOM. Inspired by his city’s famous “Class of 2012” drill rappers, Warhol started making music in high school, jumping headfirst into the game after graduation. In 2016, Warhol.SS shared the video for “Speed Racer,” directed by then-newcomer Cole Bennett, who posted the video on his YouTube channel, Lyrical Lemonade. A head-spinning video even by Bennett’s standards, the video shrunk Warhol down to the size of a model car as he floated through a psychedelic landscape, introducing the world to Warhol and racking up over 2.8 million views in the process. Since releasing “Speed Racer,” Warhol has been one of the most in-demand names of rap’s digital youth, collaborating with the likes of Trippie Redd, Rich The Kid, Ski Mask The Slump God, Famous Dex, ThouxbanFauni, and many more, dropping Warhol ’16 and Where’s Warhol, a pair of seven-track mixtapes, and building a reputation as an exceptional rhymer. Warhol released his debut album Chest Pains in 2018, featuring appearances from Rico Nasty, UnoTheActivist, and more. Stay tuned for the MIA EP, Warhol’s next project, releasing December 10th, 2019.