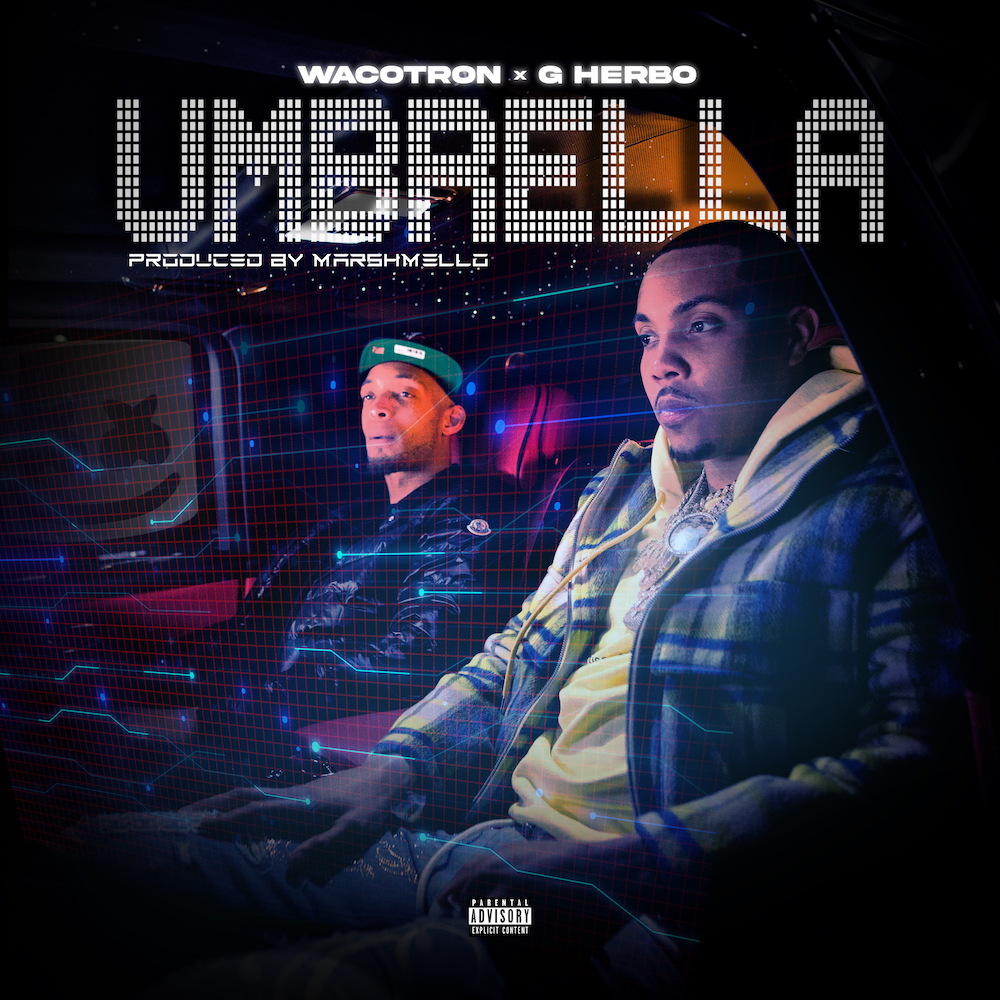 On the menacing, Marshmello-produced beat, Texas’s own Wacotron teams up with G Herbo and spits fire with his southern twang and banging bars warning his opps that “When I slide, I ain’t playin’ it safe.” The video sees the rising rapper hustling in the studio and enjoying the fruits of his labor as he mobs with Chicago’s own G Herbo in a Rolls Royce, his talent shining brighter than the stars in the ceiling.

The gripping conviction in the rapper’s voice coupled with the ominous guitar riffs and stuttering-808s sets the perfect scene for this flex-heavy visual. G Herbo provides a brash, hard-hitting verse that perfectly complements Wacotron’s brazen bars. Wacotron described working with the Chicago rapper as “Nothing but fire energy. G Herbo went right in like he was late for work and bodied it.” The visual also includes appearances from prominent producer and DJ Marshmello as well as 808 Mafia’s chief Southside. “Umbrella” follows the video for the recent “Gram And A Hoodie” as well as “Checclist,” “Take Off,“ and “Toothpaste.”

Along with the release of “Umbrella,” the Texas rapper has announced his upcoming debut project Smokin’ Texas. The project demonstrates the rising rapper’s ability to muscle through beats from heavy-hitting producers, such as 808 Mafia’s Southside and Marshmello, and features a glowing collaboration with G Herbo. With an unmistakable deep, Texas drawl and captivating cadence, Wacotron details how his difficult Waco, Texas upbringing has shaped his path to becoming one of rap’s most promising stars. With his debut project, Wacotron hopes that every listener is able to recognize all the hard work he has put in to get where he is today. Smokin’ Texas arrives on 4/20 via Pick Six Records.

A native of Waco, TX–hence his name–Wacotron showed a passion for music from a young age, absorbing the 808-driven trap music he listened to in the car with his dad. After spending years mired in the struggle, Wacotron turned to rap in his 20’s, searching for a better way to provide for his family and escape his circumstances. The rapper started to build a reputation in his home state, eventually catching the attention of Pick Six Records, who signed him to a deal and connected him with Southside and 808 Mafia.

With the weight of the influential 808 Mafia behind him, Wacotron is in prime position to make his mark on the rap game in 2021. Stay tuned for his upcoming debut project Smokin’ Texas.