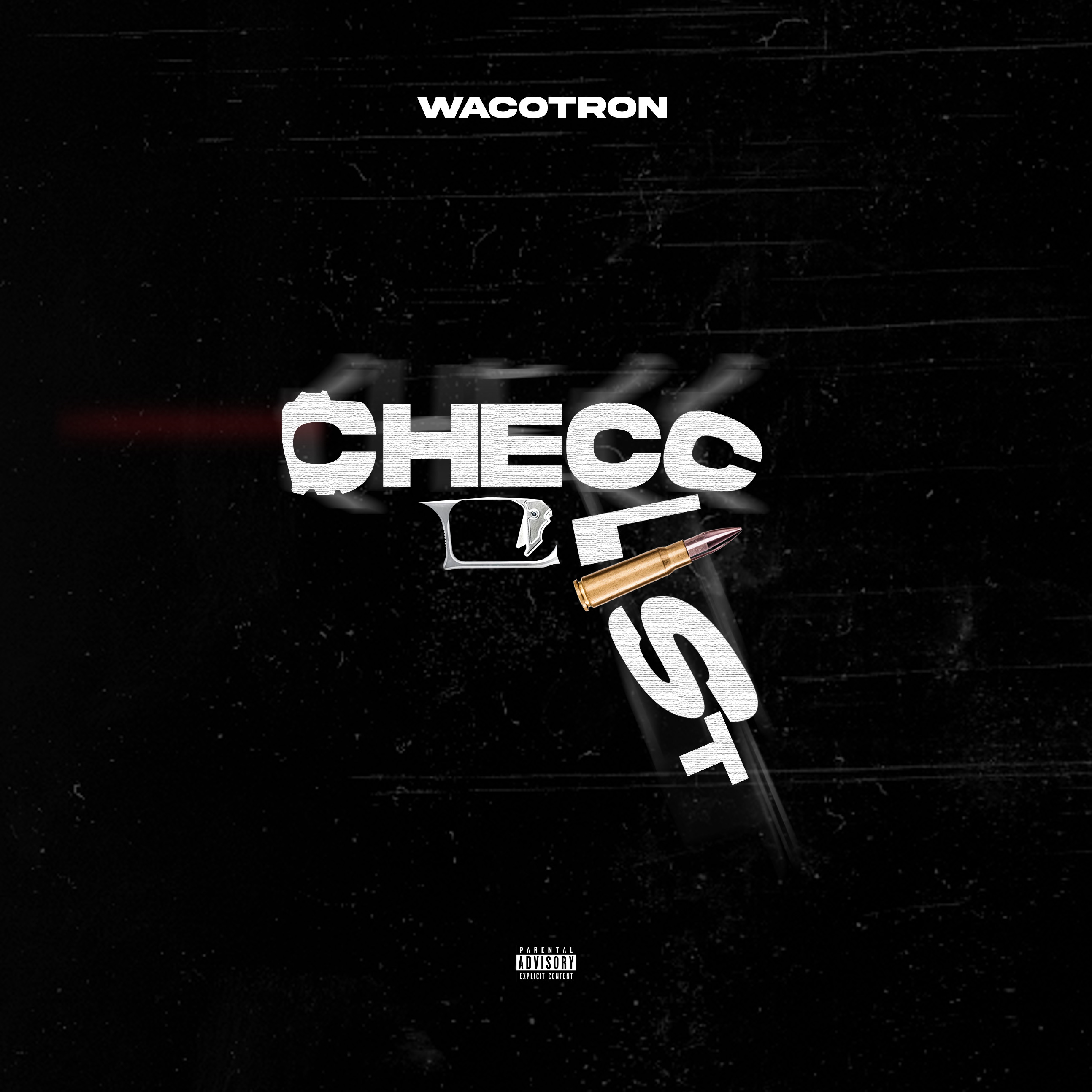 With a deep drawl and sharp storytelling acumen, Wacotron is one Texas’s most exciting rising rappers. Proving once and for all that he’s not to be messed with, the 808 Mafia affiliated rapper takes us back to the block with “Checclist,” his new single. Blessed with an apocalyptic boss battle beat from Steezefield, complete with dramatic choirs and sweeping strings, “Checclist” finds Wacotron flashing his wordplay, organizing his rhymes into themed couplets about his kingpin lifestyle: “North lords don’t go if I say so/In the set gotta holla at Pedro/Phone ring thats a call from Diego/My lil ese’ will kill for a peso.” In the video, directed by 1Mind, Wacotron and a crew of his homies take advantage of their Second Amendment rights, the Pick Six rapper showing off his tats and rocking his signature Gap hoodie.

A native of Waco, TX–hence his name–Wacotron showed a passion for music from a young age, absorbing the 808-driven trap music he listened to in the car with his dad. After spending years mired in the struggle, Wacotron turned to rap in his 20’s, searching for a better way to provide for his family and escape his circumstances. The rapper started to build a reputation in his home state, eventually catching the attention of Pick Six Records, who signed him to a deal and connected him with Southside and 808 Mafia. In December 2020, Wacotron released the Southside-produced “Cut Me Up,” an atmospheric banger, earning more than 1 million streams across platforms and spending time on Spotify’s Off The Strength playlist, and kept the momentum going in 2021 with two more Southside-produced tracks, “Toothpaste” (720k video views) and “Take Off,” both of which joined “Cut Me Up” on Apple Music’s The Plug playlist.

With the weight of the influential 808 Mafia behind him, Wacotron is in prime position to make his mark on the rap game in 2021. Stay tuned for much more music from the artist in the weeks to come, including his upcoming debut project Smokin’ Texas.