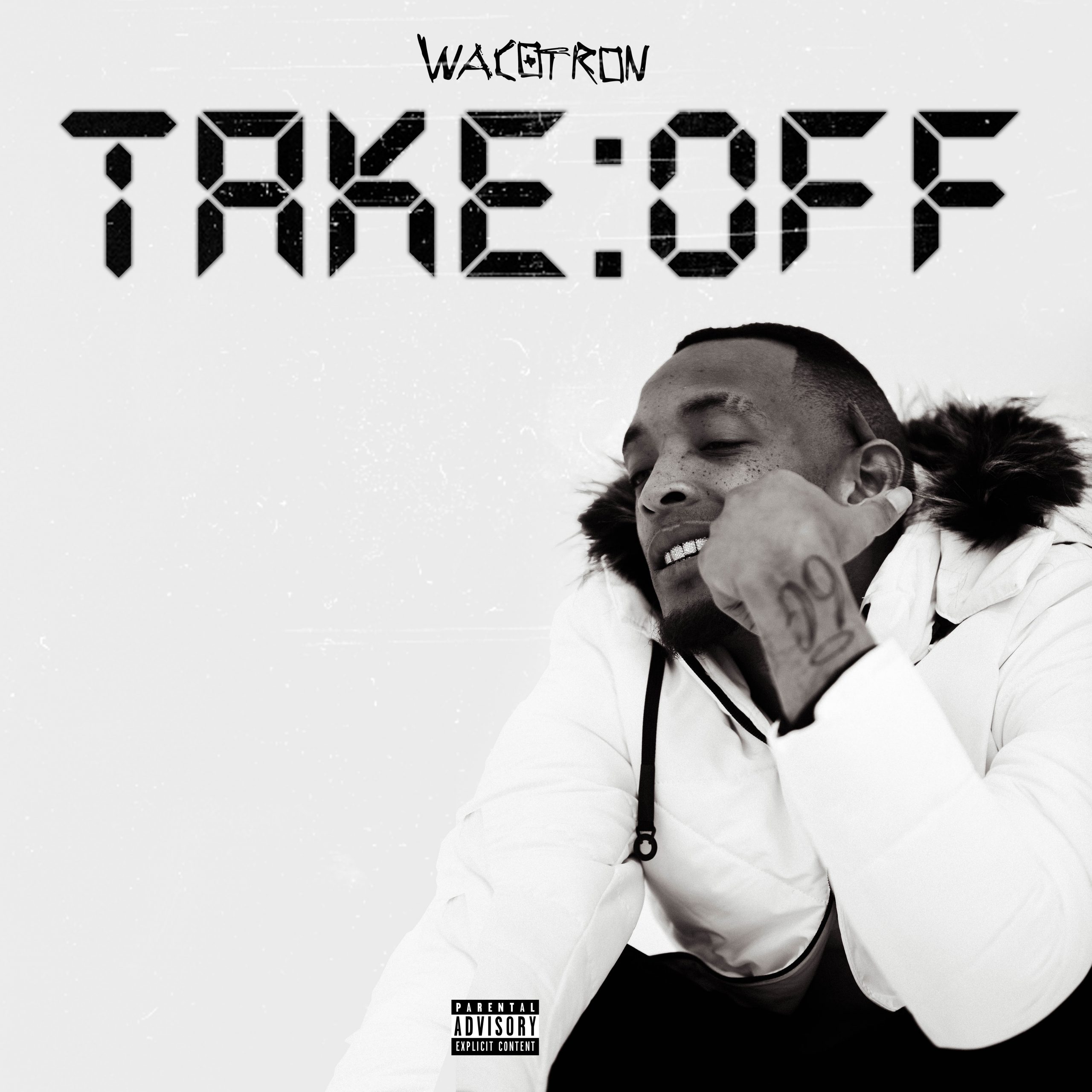 Blessed with a natural charisma, Wacotron is winning fans in Texas and beyond with his drawly delivery and polished bars. Contemplating the philosophical implications of his impending success, Wacotron shares “Take Off,” his hard-hitting and ethereal new single. Produced by Southside & Topp, who provide frosty synthesizers and speaker-knocking percussion, “Take Off” is packed with Wacotron’s hard-earned wisdom, gleaned from his years on the grind. Cutting through the icy atmosphere with a steady flow, Wacotron reflects on overcoming his hardship and dwells on the strangeness of blowing up during a pandemic: “It just took a lil minute but I made my momma proud/Really miss my n****s know they watchin’ in the clouds/I just elevated I can’t wait to rock the crowd/Perfected every flow that way they f*ckin’ with the sound.” In the video, directed by The Shooters, Wacotron rocks the freshest winter coat you’ve ever seen as he pontificates in a bank vault in the presence of a pallet of Benjamins.

A native of Waco, TX–hence his name–Wacotron showed a passion for music from a young age, absorbing the 808-driven trap music he listened to in the car with his dad. After spending years mired in the struggle, Wacotron turned to rap in his 20’s, searching for a better way to provide for his family and escape his circumstances. The rapper started to build a reputation in his home state, eventually catching the attention of Pick Six Records, who signed him to a deal and connected him with Southside and 808 Mafia. In December 2020, Wacotron released the Southside-produced “Cut Me Up,” an atmospheric banger, earning more than 1 million streams across platforms and earning placement on Spotify’s Off The Strength playlist. Most recently, Wacotron followed-up “Cut Me Up” with “Toothpaste,” which was featured in Spotify’s Fresh Finds playlist.

With the weight of the influential 808 Mafia behind him, Wacotron is in prime position to make his mark on 2021. Stay tuned for much more music from the artist in the weeks to come.

“Take Off” is currently streaming on all platforms via Pick Six Records/808 Mafia.