Twista is Back for the Summer with Zaytoven-produced “Baddest” feat. Cap 1, Premiered by XXL Two and a half decades into an enviable career collaborating with everybody in the rap business, Twista has a stellar rep for rapidfire rhymes. Building upon the radio hit “Next To You,” featuring Jeremih, Twista announces the Crook County project, showcasing his trademark double-time flow over a variety of soulful, sinister instrumentals. Featuring appearances from Jeremih, Blac Youngsta, Vic Spencer, Bandman Kevo, The Boy Illinois and T.R.U./Caviar Dreams own Cap 1, and production from Zaytoven, Dj Tight Mike, YF Beatz, and Zenzan Beats, Crook County releases on July 7th.

Recording and touring in the early ’90s under the moniker Tung Twista, Twista put Chicago hip-hop on the map with his trademark fast rapping style. Rechristening himself Twista, he helped raise his city’s profile through his collaboration with fellow Chitown veterans Do Or Die, making waves with the cult single “Po Pimp.” Though some viewed his motormouth bars as a gimmick, Twista proved the haters wrong with Adrenaline Rush, released in 1997 and rightly remembered as a classic. In 2004, Twista made his long-awaited national breakthrough with a little help from Kanye West, who produced and rapped on his platinum-selling, Billboard 200 chart-topping album Kamikaze, including the Hot 100-topping single “Slow Jamz” and the nearly-as-popular “Overnight Celebrity.” Since his high watermark in the mid ’00s, Twista has thrived as a rap O.G., dropping hits such as the Pharrell-produced “Give It Up” and the Chris Brown-featuring “Make a Movie” and being featured on singles by artists such as Chance The Rapper, Ty Dolla $ign, A$AP Ferg, Jeremih, DJ Khaled, Lady Gaga and many others.

Today, Twista shares “Baddest,” a thumping, swirling track from the upcoming project. Featuring a rhythmic hook from 2 Chainz signee Cap 1, Twista slows down his superhuman flow into an authoritative cadence as he expounds in great detail about the types of girls with whom he prefers to spend his time. Produced with typical aplomb by Zaytoven, the track is a rich tapestry of eerie keyboards, horror movie strings, and thumping bass. Premiered by XXL, “Baddest” is the first single from Crook County, releasing in July via EMPIRE/GMG Entertainment.

Explains Twista, “Cap 1 was the inspiration behind ‘Baddest.’ He came up with the hook while we were chilling at Zaytoven’s crib listening to a beat he was playing. It was totally spontaneous. Cap is from Chi and he put the sauce on it that I needed for my project! Zay is one of the hottest in the game and has made many hits, but I seem to easily be able to come up with songs to his music. Crook County is the title from a song I had before, but today, I just feel it represents the area where I am. We are in the county of crooks and everybody knows it! Not glorifying, just is what it is. We’re always glorifying Chicago in positive ways, as well, and will have future titles representing the city in other aspect which are positive. You have to stay consistent in this game today or you will be out of mind. I still love music so I want people to hear where I am creatively and keep the the Twista legacy going.”

Check out the XXL premiere: http://www.xxlmag.com/news/2017/05/twista-baddest-cap-1-crook-county-album/ 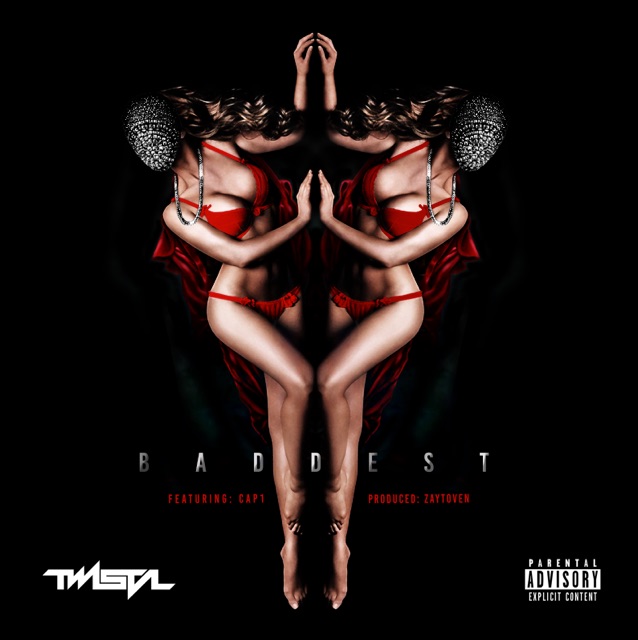