With Taz Taylor and the Internet Money Crew Behind the Boards, the Houston-Born Singer-Songwriter Finds the Perfect Vehicle for His Voice 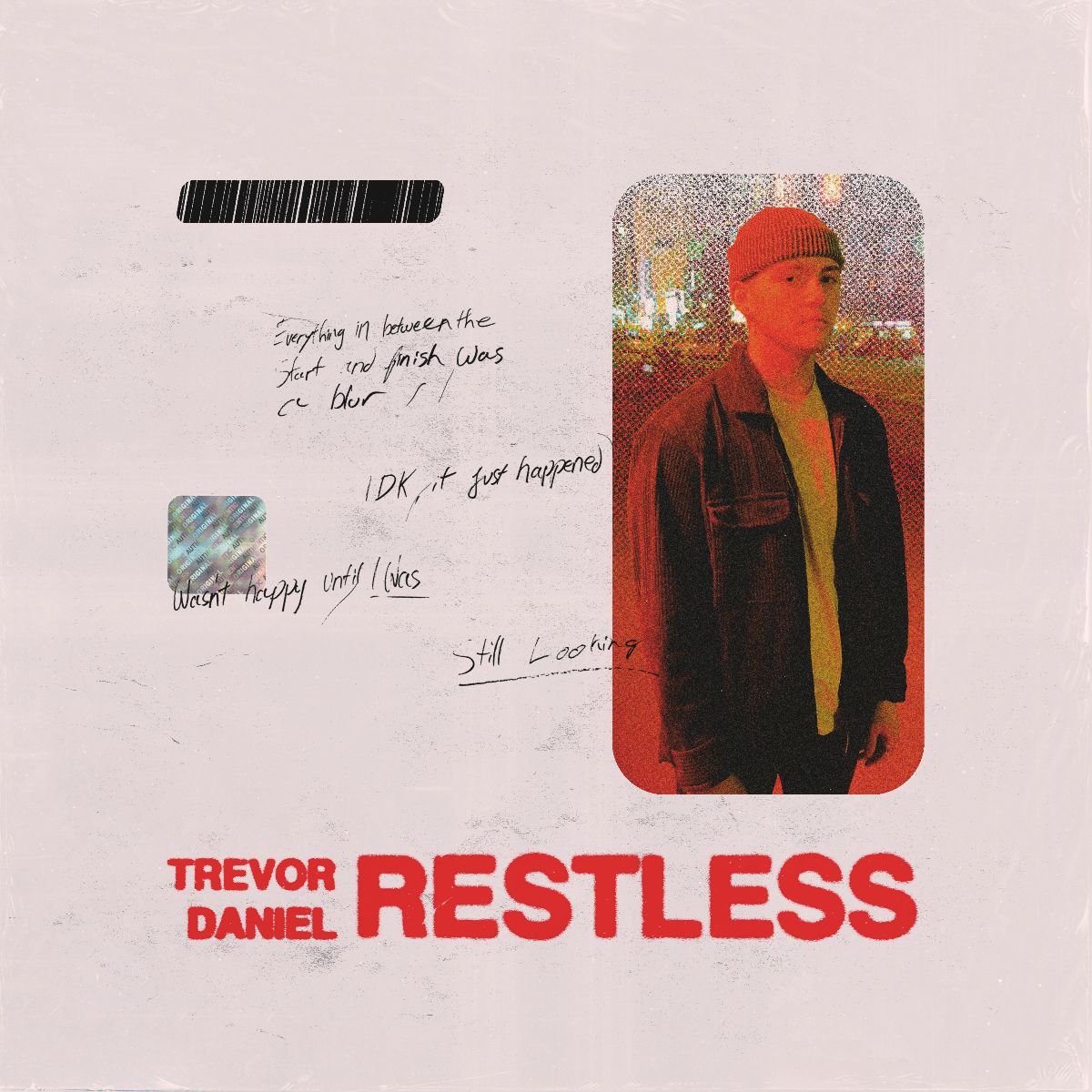 “Trevor Daniel released one of the most cohesive and impressive projects of 2018: his debut EP Homesick.” – Lyrical Lemonade
“Trevor Daniel is an impressive new singer who has a penchant for crafting catchy records.” – Hypebeast
“The relationship between Trevor Daniel’s production and vocal is nothing short of stunning.” – Hillydilly

With a special talent for lilting, aching melody, Houston’s Trevor Daniel explores the intricacies of young romance in his genre-bending songs. Returning to the scene with a richly textured 6-track effort, Trevor Daniel shares the Restless EP. Produced by Taz Taylor and his Internet Money crew, including producer Nick Mira (Juice WRLD’s top ten hit “Lucid Dreams”), Restless builds a unique sonic world around Trevor’s voice, layering snaking guitars and resonant trap drums to soundtrack his dramatic narratives. The songs on Restless find the Houston singer-songwriter exploring every facet of his relationships, from the inseparable start, as detailed in the synth-heavy slow jam “Come Over,” to the heart-wrenching finish, demonstrated in songs like the mournful trap ballad “Closure” or the FLAUNT-premiered lead single  “Paranoid.“ Throughout the EP, premiered by Complex, Taz Taylor and the rest of the Internet Money producers raise their game, detailing each speaker-knocking instrumental with pristine clarity and switching up the sound with whimsical musical flourishes. The follow-up to Trevor’s 2018 EP Homesick, which boasted the mournful breakout hit “Falling” (over 10 million total streams), Restless EP arrives via Internet Money Records/Alamo.

Reaching an impressive level of viral popularity on streaming services, “Falling” earned over 5 million streams on Spotify and inspired millions of views on user-generated content on Instagram, as detailed in a recent Complex feature. Premiered by Complex and featured in HYPEBEAST, “Falling” recently caught the ear of blackbear, who collaborated with Trevor on a remix that reached the top 20 of Spotify’s United States Viral 50 chart.

Trevor Daniel is the first signee to Internet Money Records, the new partnership between rising producer Taz Taylor and Alamo Records. A game-changing company in digital music, Taz Taylor started Internet Money as a beat-making company and collective through which producers could make beats and sell them a-la-carte to artists. As Internet Money grew, Taz Taylor became a well-respected songwriter and producer, signing a publishing deal with APG, shaping the sound of countless rising stars, producing four tracks on Lil Skies’ chart-topping Life of a Dark Rose, crafting the instrumental for the late XXXTentacion’s platinum-selling “Fuck Love” featuring  Trippie Redd, and reaching #16 on the Billboard Hot 100 with Rich The Kid’s “Plug Walk.” Taz Taylor recently earned a GRAMMY®-nomination for his work on Drake’s top-selling Scorpion album. 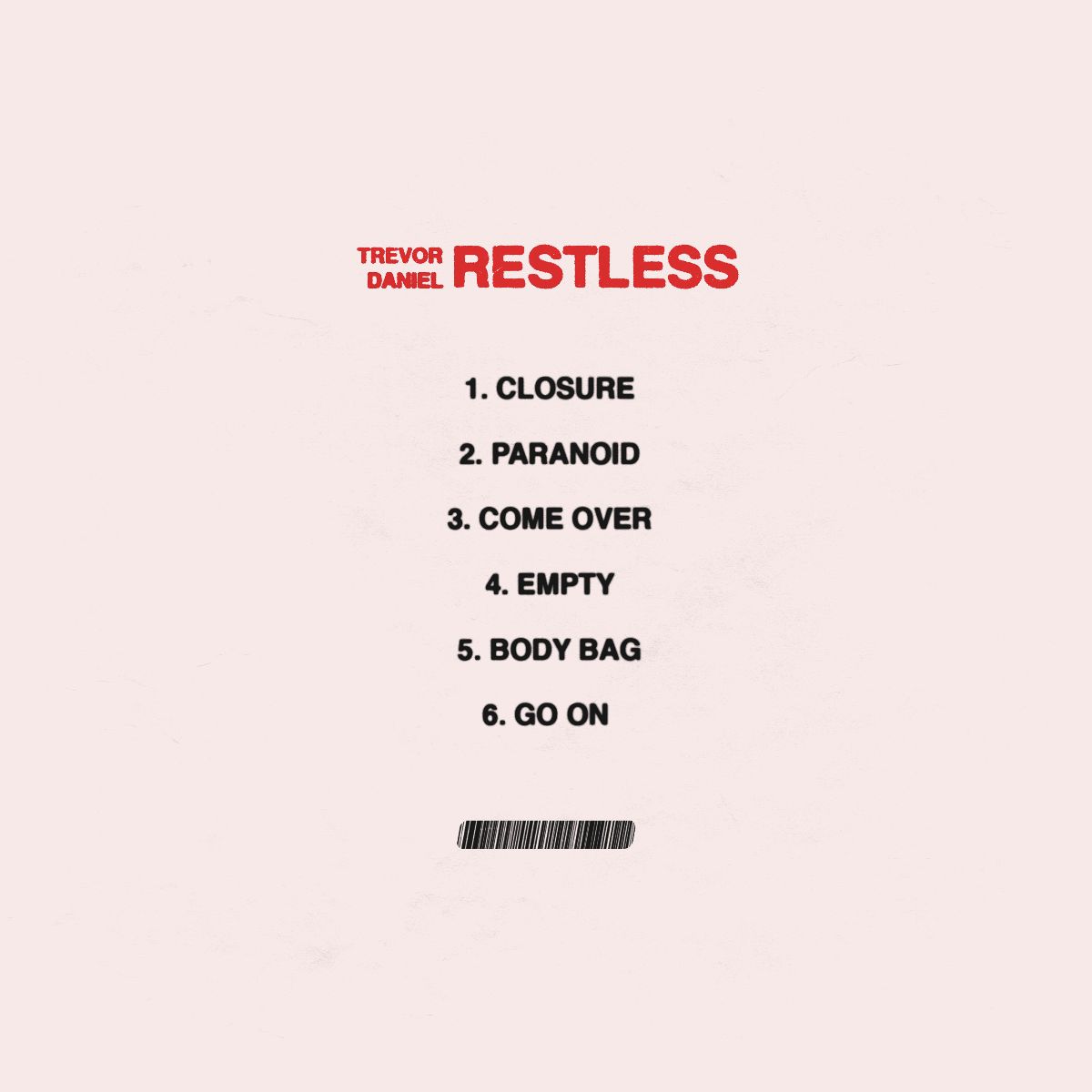