Expressing his lovelorn lyrics with silky smooth vocals, Houston’s Trevor Daniel is the ideal canvas for Taz Taylor and Internet Money‘s ambitious productions. Sharing a five-pack of yearning and emotionally open tracks, Trevor Daniel shares Homesick, his debut mixtape. Showcasing his stark and plaintive singing-style, Trevor Daniel exhibits the makings of a future star, stretching syllables to increase the emotional impact of his dramatic and romantic lyrics, and using his expert sense of rhythm to give his love songs a conversational quality: “Tryna roll over, see ya face in the morning/You can wear my shirt when it’s cold if you want to/Still got me feeling like the first time I saw you,” he sings on EP highlight “For You.” Throughout the tape, Trevor has an excellent co-pilot in Taz Taylor, who gifts Daniel with expansive and lush backing tracks, offering ear-catching counter-melodies with flecks of guitar or chiming bells, filling out the low-end with cavernous swaths of bass synths, and spurring forward momentum with his expert command of hi-hats and 808s. Featuring the recent single “Falling,” premiered last week by Complex, Homesick EP arrives via Internet Money Records/Alamo/Interscope.

A native of Houston who absorbed the music of Pimp C, DJ Screw, ’80s synth pop, and ’90s techno in equal measure, Trevor Daniel discovered his talent in 2012. when a combination of injuries and credit transfer rendered his NFL dreams untenable. He began his career making songs in his bedroom, commenting on his everyday life through genre-fluid songs. In 2016, Daniel started to find an audience with moody and infectious anthems like “Fool,” landing placements on influential YouTube channels with his ever-improving craft. The success of “Fool” helped Trevor earn “Artist Of The Year” honors on the New Houston Music site. In 2018, “Pretend” became Trevor’s first track to eclipse 1 million views, and he struck gold with “Mirror,” which has over 12 million plays. Recently, Trevor Daniel surpassed 20 million total streams, earned placement on Spotify’s Alternative R&B and Fresh Finds playlists, and earned a huge and influential fan in Taz Taylor, who signed him to his brand new label.

Trevor Daniel is the first signee to Internet Money Records, the new partnership between rising producer Taz Taylor and Alamo Records. A game-changing company in digital music, Taz Taylor started Internet Money as a beat-making company and collective through which producers could make beats and sell them a-la-carte to artists. As Internet Money grew, Taz Taylor became a well-respected songwriter and producer, signing a publishing deal with APG, shaping the sound of countless rising stars, producing four tracks on Lil Skies’ chart-topping Life of a Dark Rose, crafting the instrumental for the late XXXTentacion’s platinum-selling “Fuck Love” featuring Trippie Redd, and reaching #16 on the Billboard Hot 100 with Rich The Kid’s “Plug Walk.” 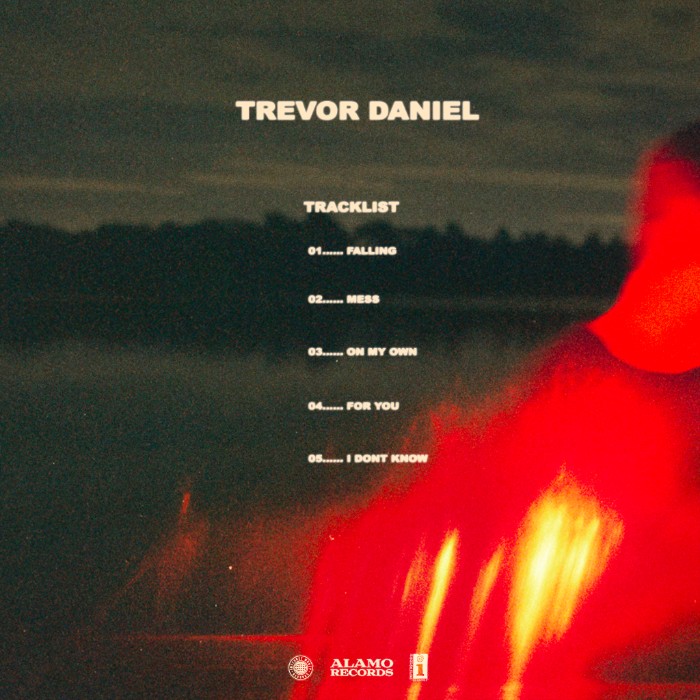