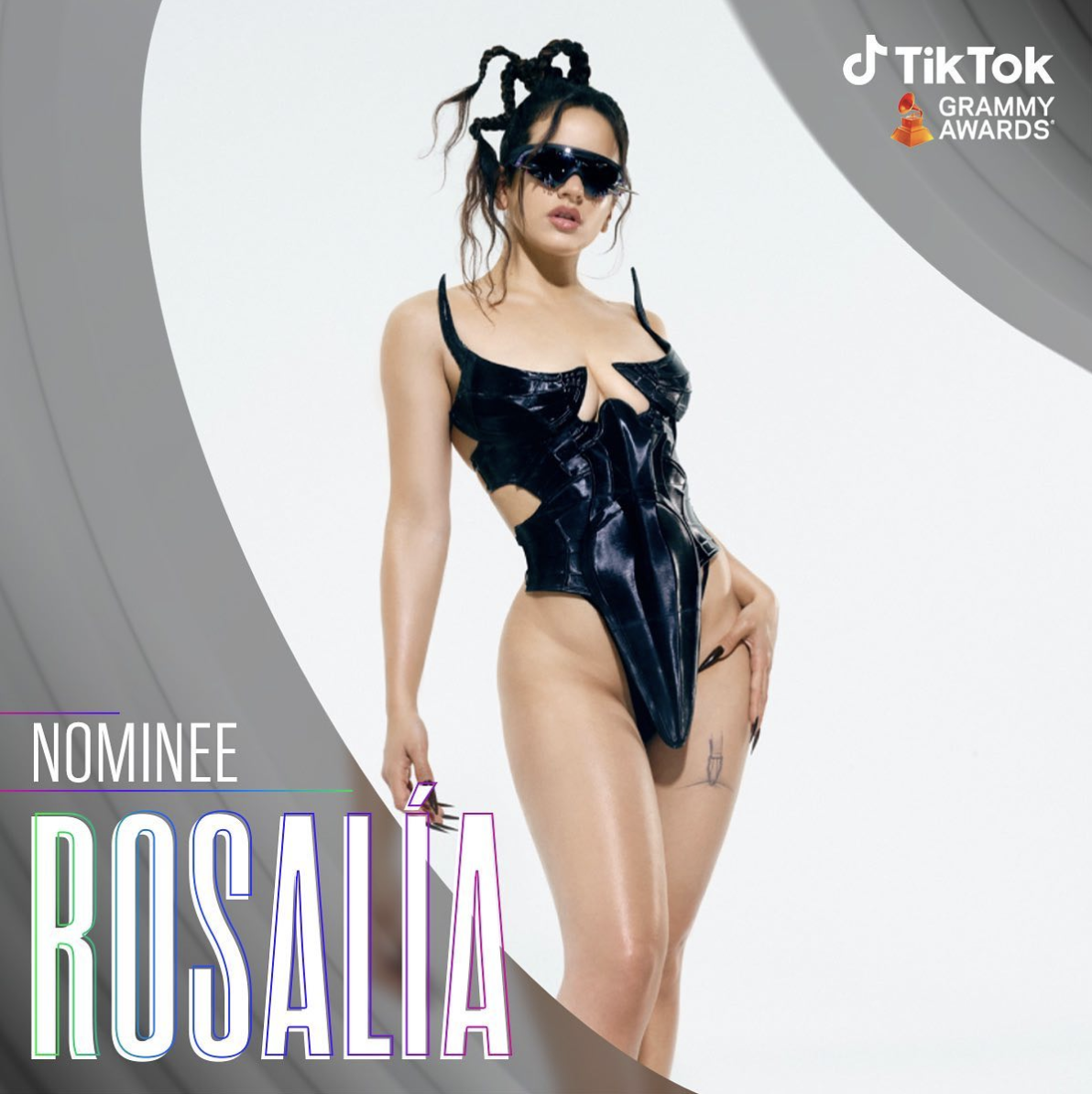 TikTok broke new ground with “MOTOMAMI LIVE,” a spectacular LIVE performance by Rosalía, the Grammy Award winning recording artist, producer and songwriter. Today, the acclaimed LIVE broadcast earned a nomination for “Best Music Film” at the 2023 GRAMMYs®. The nomination is the first-ever nomination for TikTok at the GRAMMY Awards, and is one of two nods for Rosalía, who also earned recognition in the “Best Latin Rock or Alternative Album” category.

TikTok and Rosalía’s achievement follows their nomination the 2022 Latin Grammy Awards in the “Best Long Form Video” category. The nod is one of seven for Rosalía at the ceremony, which airs this weekend, including “Album Of The Year” for the critically-acclaimed MOTOMAMI. Rosalía and TikTok’s “MOTOMAMI LIVE” also earned a nomination for “Best Longform Video” at the 2022 MTV EMAs.

“The nominations from the Grammy Awards, the Latin Grammy Awards and MTV’s EMA’s are a testament not only to Rosalía’s artistry, but also the role TikTok plays in offering endless opportunities for artists to express themselves. We’re champions for creative communities everywhere and it’s an honor to have that work recognized by some of the most respected institutions in music. TikTok will continue to push the boundaries of how music is experienced and shared while fostering the incredible visions of artists on the platform.” – Marisa Jeffries, Director, US Music Partnerships

Broadcast on TikTok LIVE on March 17th, “MOTOMAMI LIVE” featured full-scale performances of 14 songs from the Barcelona-born artist’s 3rd studio effort, each with its own unique look and feel. Conceptualized by Rosalía and directed by STILLZ, the one-of-a-kind performance was filmed entirely on mobile phones, drawing nearly 4 million unique viewers across four broadcasts.

Rosalía remains one of the most beloved artists on TikTok, with 26 million followers and multiple trending songs. She is behind some of the biggest international songs on TikTok in recent years, including last year’s “Linda,” a dembow duet with Dominican artist Tokischa (over 1.7 million video creations), and the award winning, hypnotic, J Balvin-featuring 2019 hit “Con Altura” (224k creations). Recently, Rosalía reached trending status with MOTOMAMI highlight “BIZCOCHITO” (2.5 million video creations) and with “DESPECHA” (4.4 million creations), a standout cut from the MOTOMAMI + deluxe edition that became the artist’s first solo hit on the Billboard Hot 100.

MOTOMAMI and MOTOMAMI + are available on all platforms via Columbia Records.

Read more about Rosalía’s LIVE at the Newsroom: https://newsroom.tiktok.com/en-us/rosalia-announces-one-of-a-kind-tiktok-live-performance-airing-march-17th