Video: Tasha The Amazon – “Not The Same”

With her flashy wardrobe and her attention-grabbing and deeply musical strain of hip-hop, Toronto’s Tasha The Amazon has no trouble standing out from the crowd. Retreating away from the warehouses that made her notorious, Tasha finds an urban oasis in “Not The Same,” her new video, directed by Colin G. Cooper, who previously collaborated with Tasha on the MuchMusic Video Award-winning “Picasso Leaning.” Praised by the CBC for its “laid-back, summery vibe,” “Not The Same” is a breezy, keyboard-driven track that emphasizes the importance of creating and expanding your own lane in your artistic pursuits. Self-styled and adorned with pieces from her favorite fashion line DollsKill, Tasha takes her low-riding bicycle to Black Creek, a hidden aqueduct in Toronto, in the 8mm-shot video, exploring the fascinating intersection of urban architecture and natural beauty that defines her city.

“We were gonna film a video by the L.A. River for that mix of concrete meets green,” says Tasha The Amazon. “But a friend in L.A. asked us if we’d ever seen the Toronto version of the river, and we realized… we didn’t know it even existed. The whole song is about the day ones I came up with, so it felt truer to pay homage to the unexplored vibes we have right here in Toronto. We trekked out with the lowrider and found water and graffiti and ducks and good feels…and I finally got to rap on a waterfall like Left Eye.”

“Tasha and I wanted to shoot something bright and colorful that played on the lighter side of her personality,” says video director Colin G. Cooper. “We’ve done a lot of dark videos together that don’t really give credit to her warmth and sense of humor, and the more laid back vibe of this song seemed like a perfect opportunity to do so. We landed on the location (Black Creek) because it feels unique and out of place, which connected to the way I interpreted the song. It also looks like the L.A. River, which seemed an appropriate nod to some of the California-related lyrics.”

“Not The Same” is one of the standout singles from Black Moon, Tasha’s upcoming album. The proper follow-up to her JUNO Award-nominated Die Another Day, Black Moon finds Tasha spreading her wings beyond the warehouse rap that dominated her early work, applying her signature ferocity to a breadth of musical styles. In addition to “Not The Same,” Black Moon is home to recent singles like the chaotic and hedonistic “Helluva Ride“, and the brilliant kiss-off track “That Ain’t You,“ which released with an afrofuturistic, NYLON-premiered video. Stay tuned for Black Moon, releasing later this fall.

Watch “Not The Same”: https://youtu.be/t8Ii91hktFA 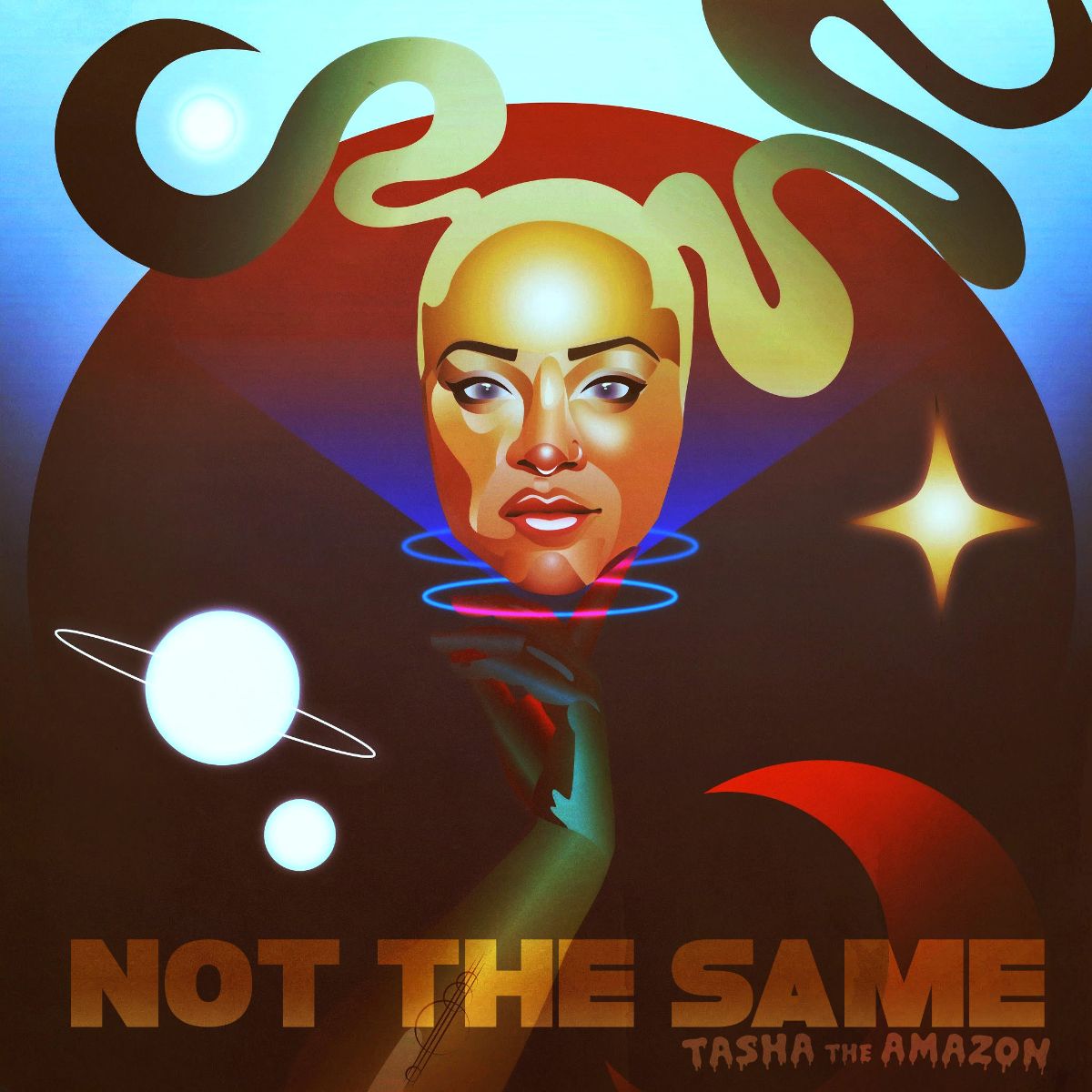 The German-Jamaican powerhouse planted roots in the Toronto rap scene with her first solo mixtape, the critically acclaimed, FiDiYootDem, and quickly distinguished herself with standout performances, rude stage antics, and warehouse jams shut down by the police. Millions of video views and streams later, Tasha released her first album, the JUNO-nominated Die Every Day, in 2017. The album and its iconic videos racked up international awards and nominations. She made appearances everywhere, from International Google ads and big-city Spotify billboards, to Comedy Central’s Broad City and HBO’s Insecure.