Marked by Performances From Ozuna, Farruko, Myke Towers, El Alfa, and Many More, the First Day of the Inaugural Sueños Music Festival Brought the Best in Latin Music to the Shores of Lake Michigan 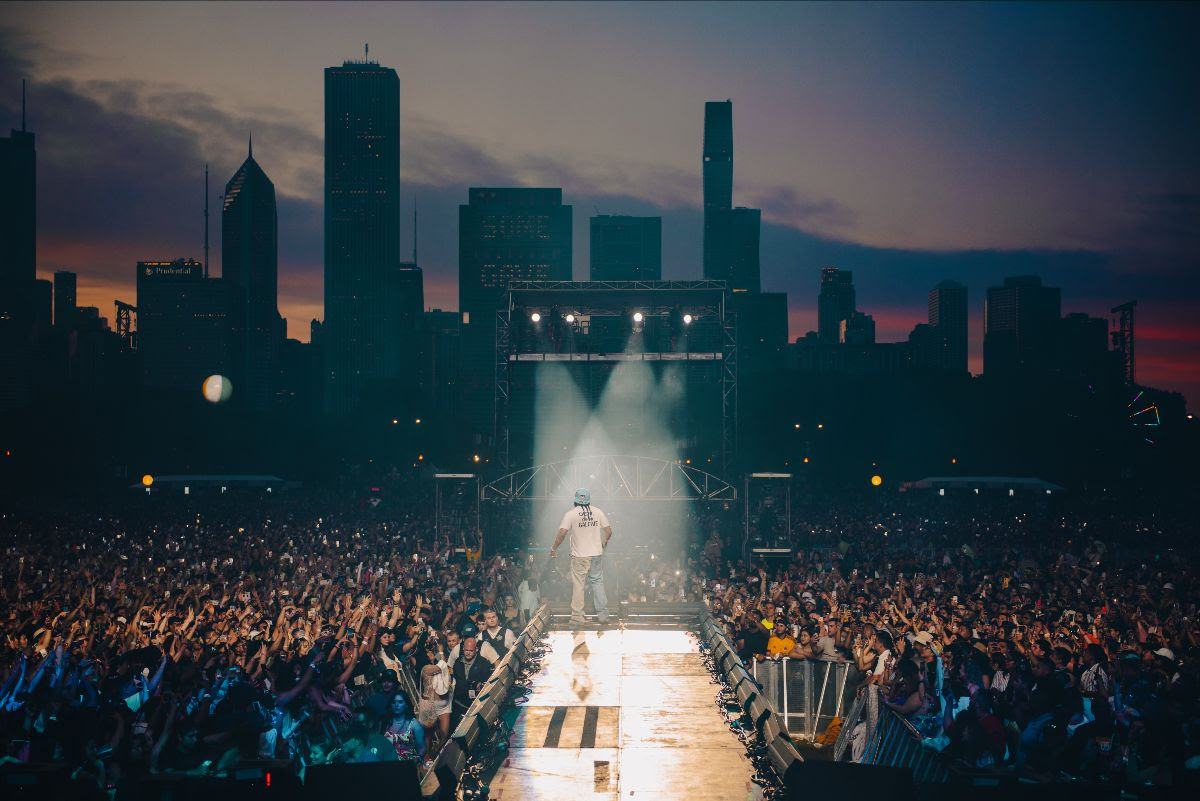 The spotlight shone brightly on Latin music as the sun set over The Windy City during the triumphant opening night of Sueños
(Photo credit: Sueños / @FRANKIEVERGARA)

Bringing immaculate vibes and fiery Latin Music to the shores of Lake Michigan, Sueños Music Festival is the stuff that dreams are made of. Taking place in picturesque Grant Park, Chicago, Sueños kicked off its inaugural festival on a high note, with a full complement of contemporary Latin sounds that reflects the vibrancy and diversity of the current scene.

Ozuna closed out the night with his brand of melodic Reggaeton during his first Chicago performance in four years, Farruko tore up the stage with electronic-influenced hits like “PEPAS,” and Myke Towers showed out with his rich tenor and R&B-inspired melodies. Beyond Reggaeton, the sounds of Sueños drew from ascendant genres like Dembow from Dominican don El Alfa and rising star Tokischa, and played host to one of the biggest U.S. sets by regional Mexican superstar Natanael Cano.

Dedicated to the ideals of peace, love, and perreo, the fans at the festival brought just as much energy as the performers, reveling in the communal enjoyment of their favorite music. Sueños was created to be an inclusive event with a mission to celebrate and uplift Latin culture and the extraordinary music, people, food, and amazing energy that comes along with it. Fans at the festival enjoyed a curated selection of local food vendors, a one-of-a-kind mural installation by Chicago-based artist Kozmo, more festive art installations to add to the vibe, and a full complement of merch inspired by the festival and its host city.

Check out highlights from the first day of the first-ever Sueños below, and follow Sueños on Instagram for the latest updates.

View a full complement of photos and other media from the festival at this Dropbox: https://www.dropbox.com/sh/rtdlvqnc1cug297/AAD-a77Ser0l7F1oFGnF65sQa?dl=0

Sueños Music Festival is proudly produced by the teams behind Baja Beach Fest and Lollapalooza. 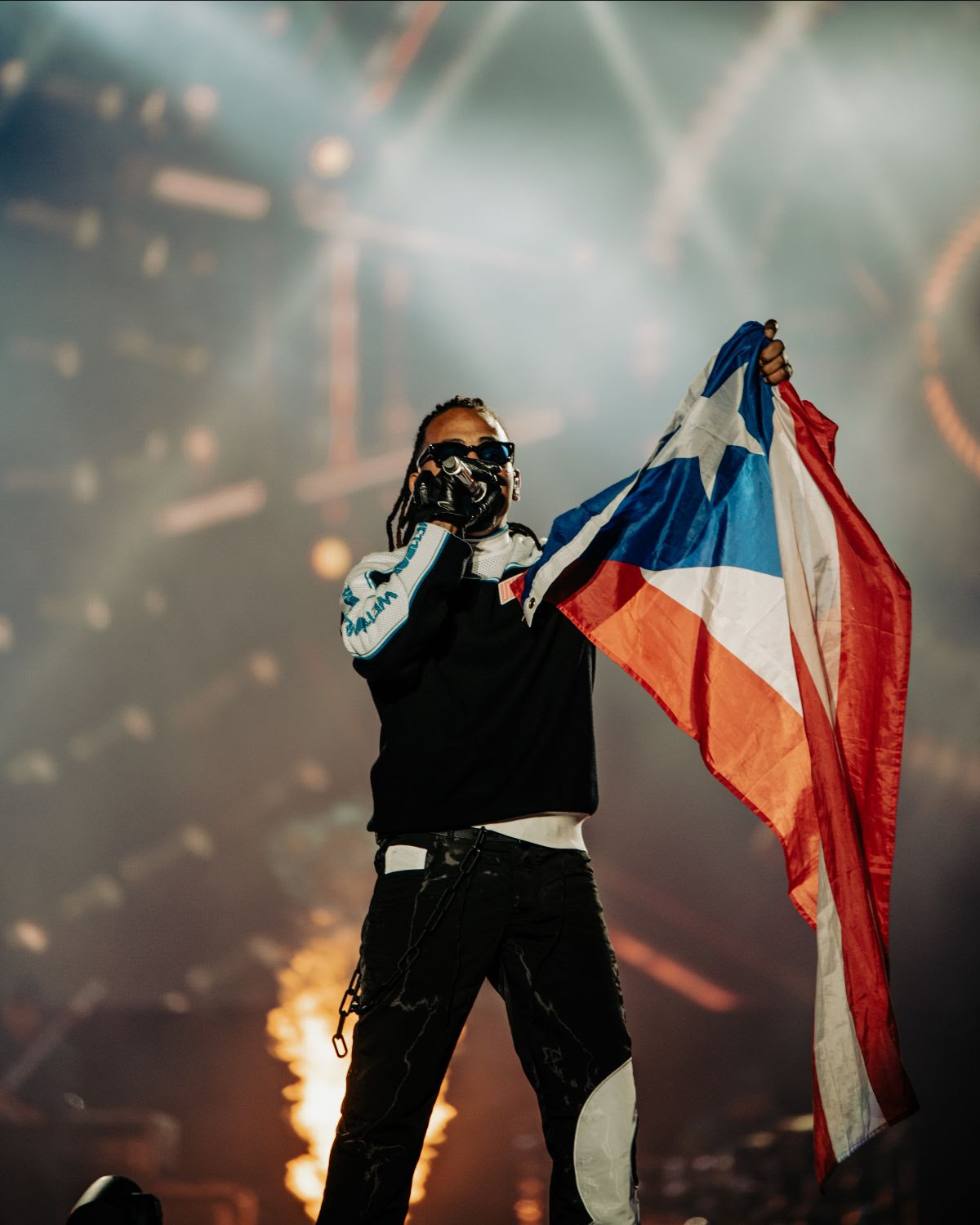 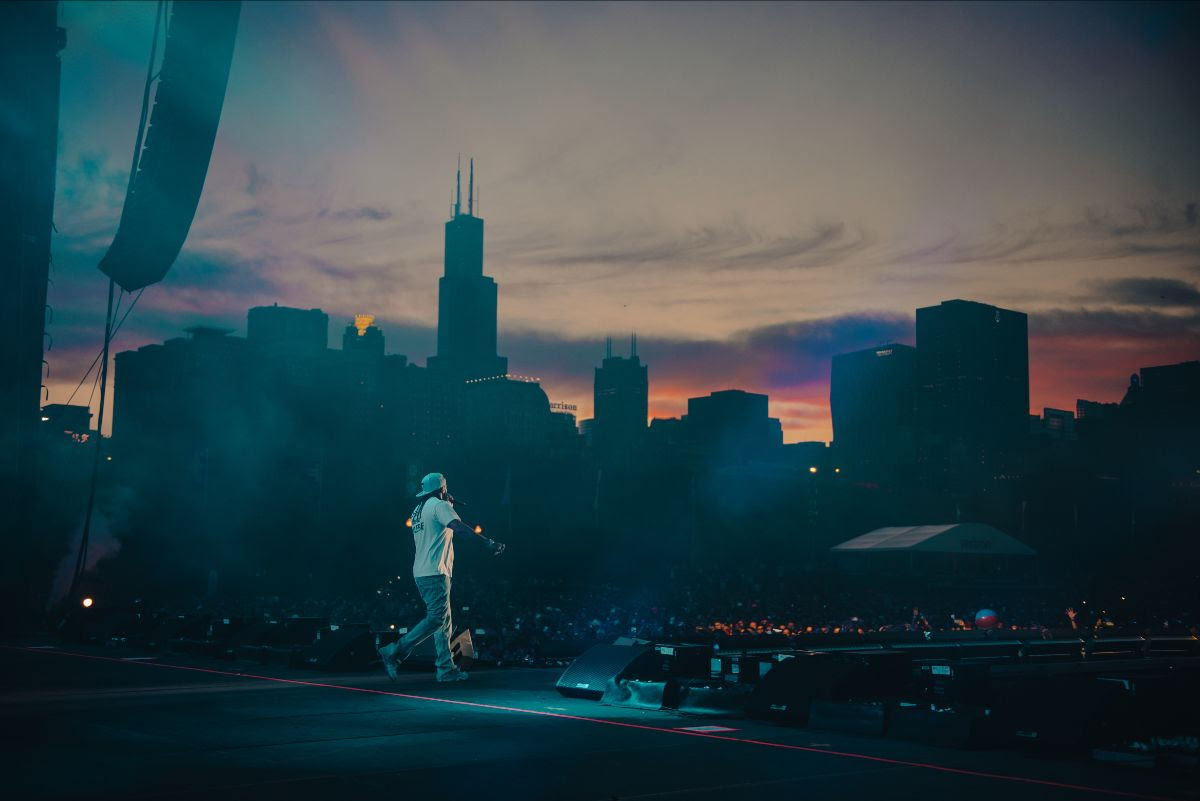 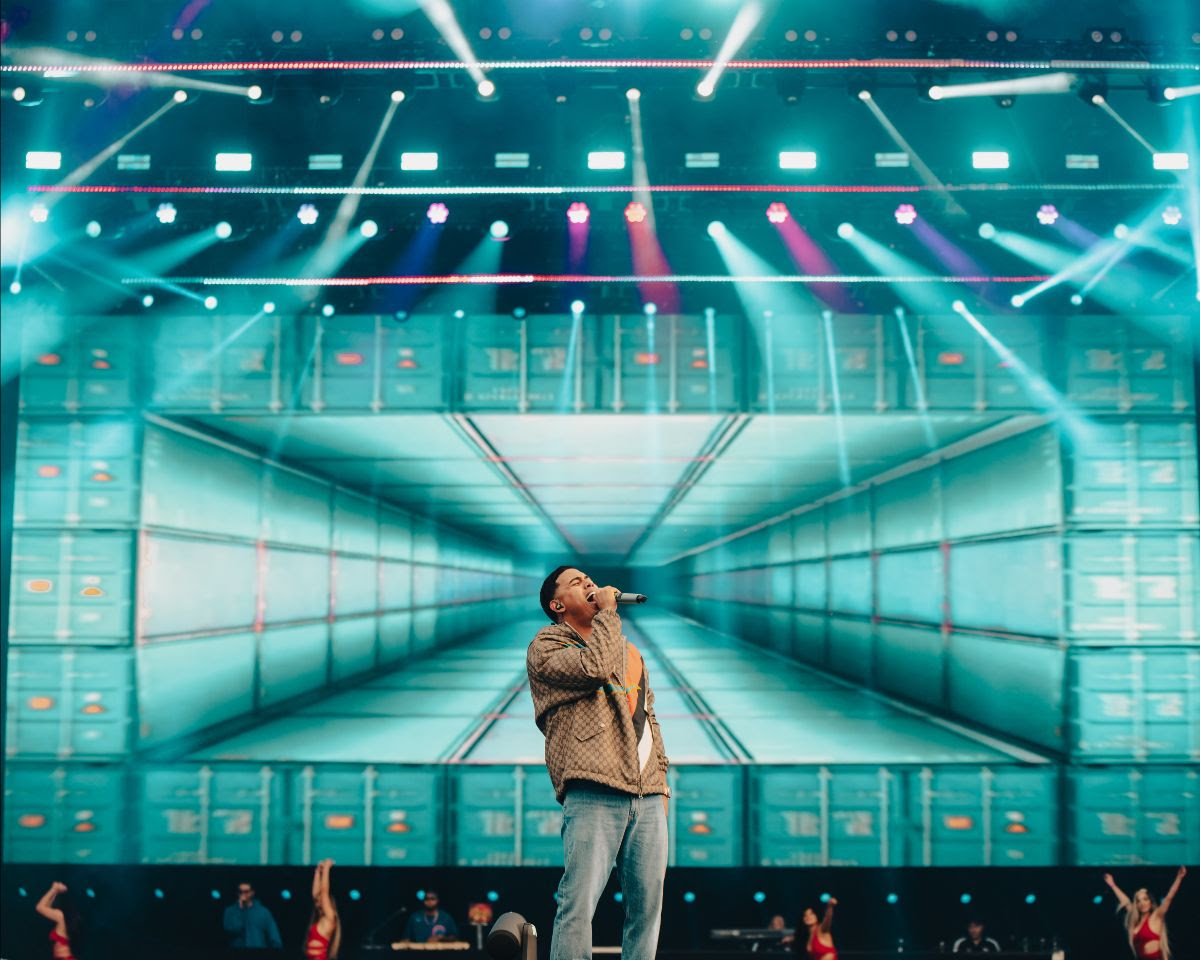 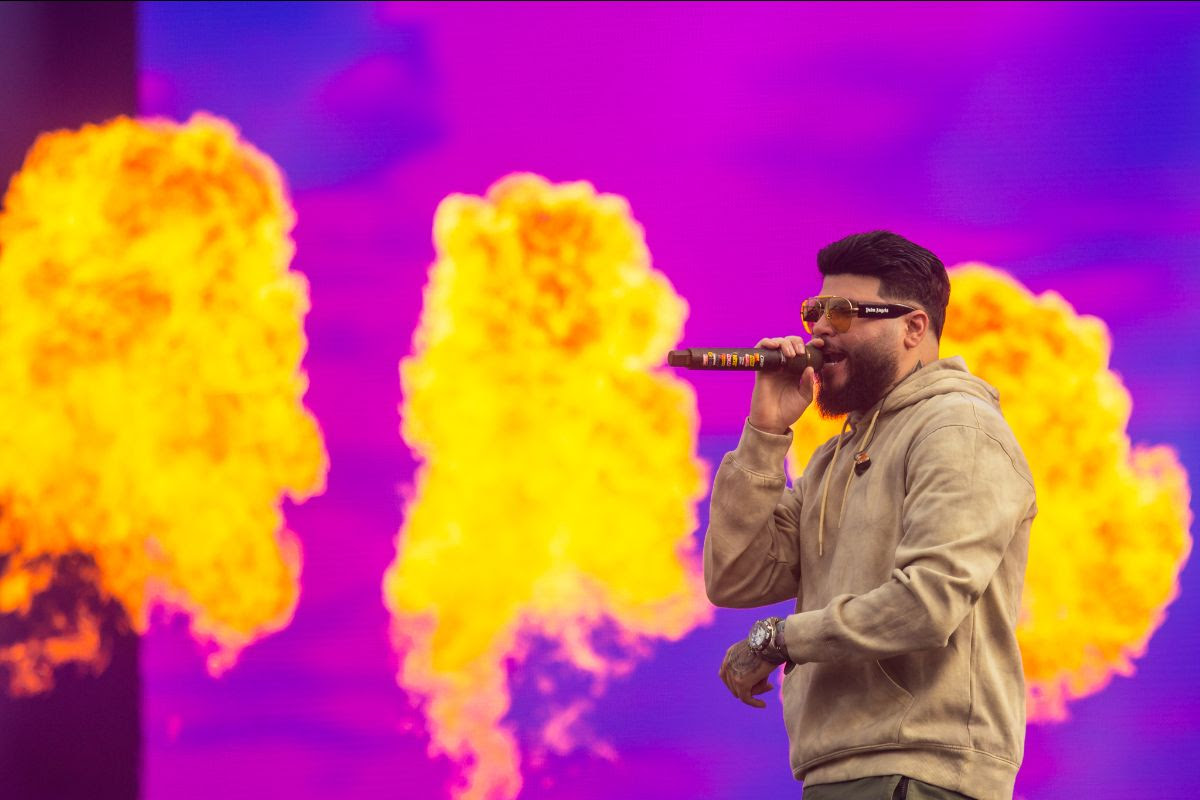 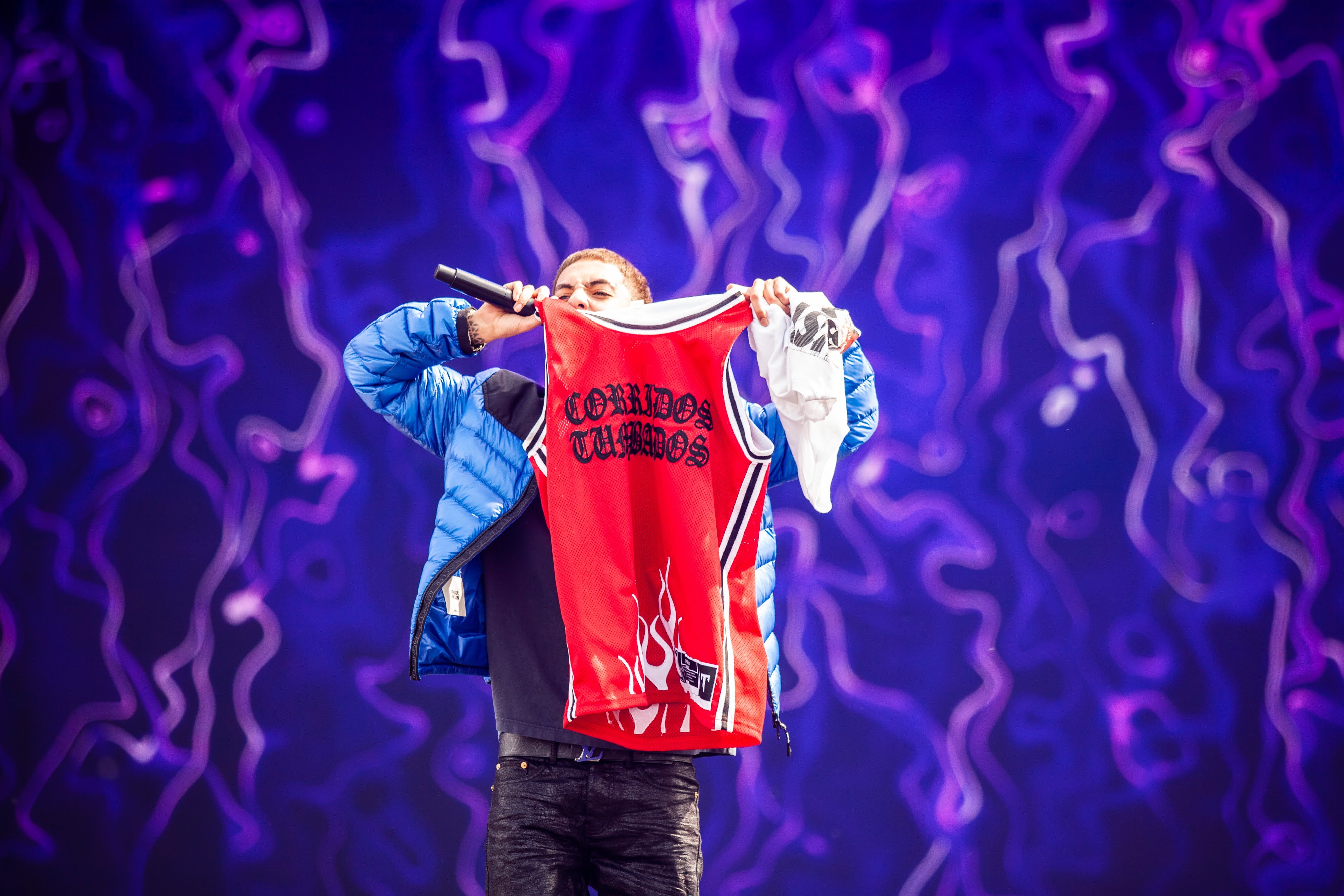 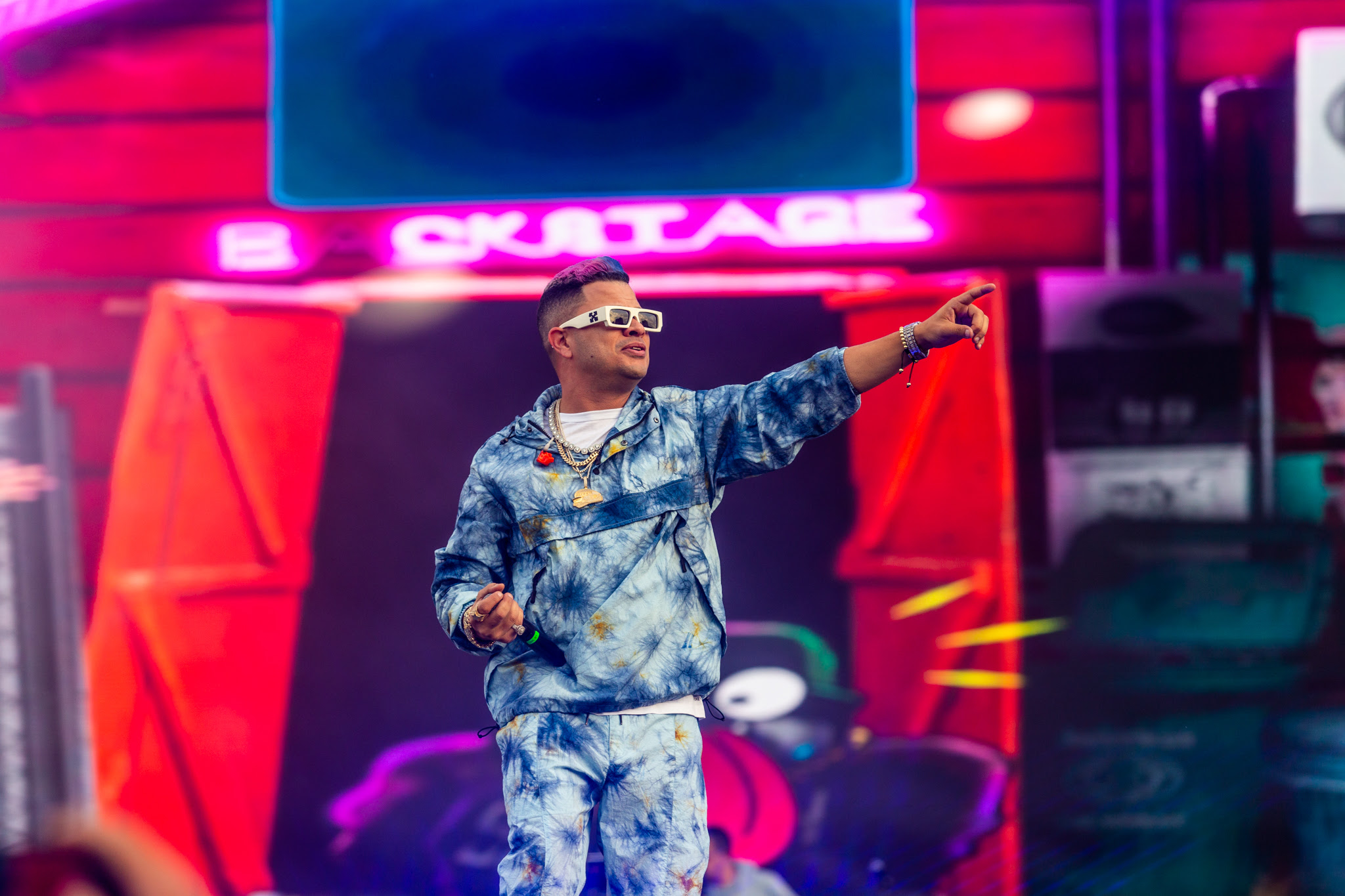 One half of the iconic Reggaeton duo came through with old school vibras and timeless rhymes
(Photo credit: Sueños / @lorens.lens) 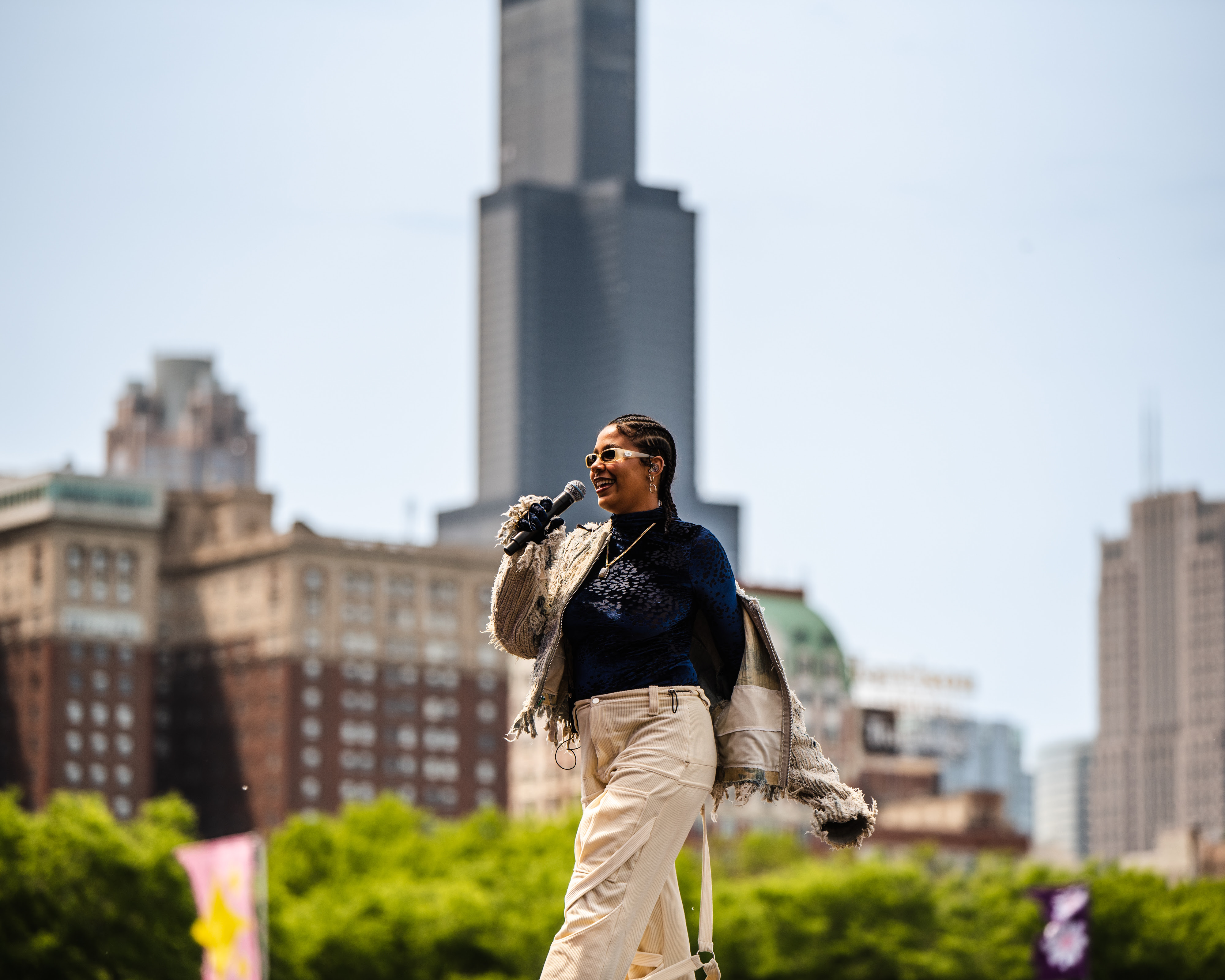 SCENES FROM THE FESTIVAL 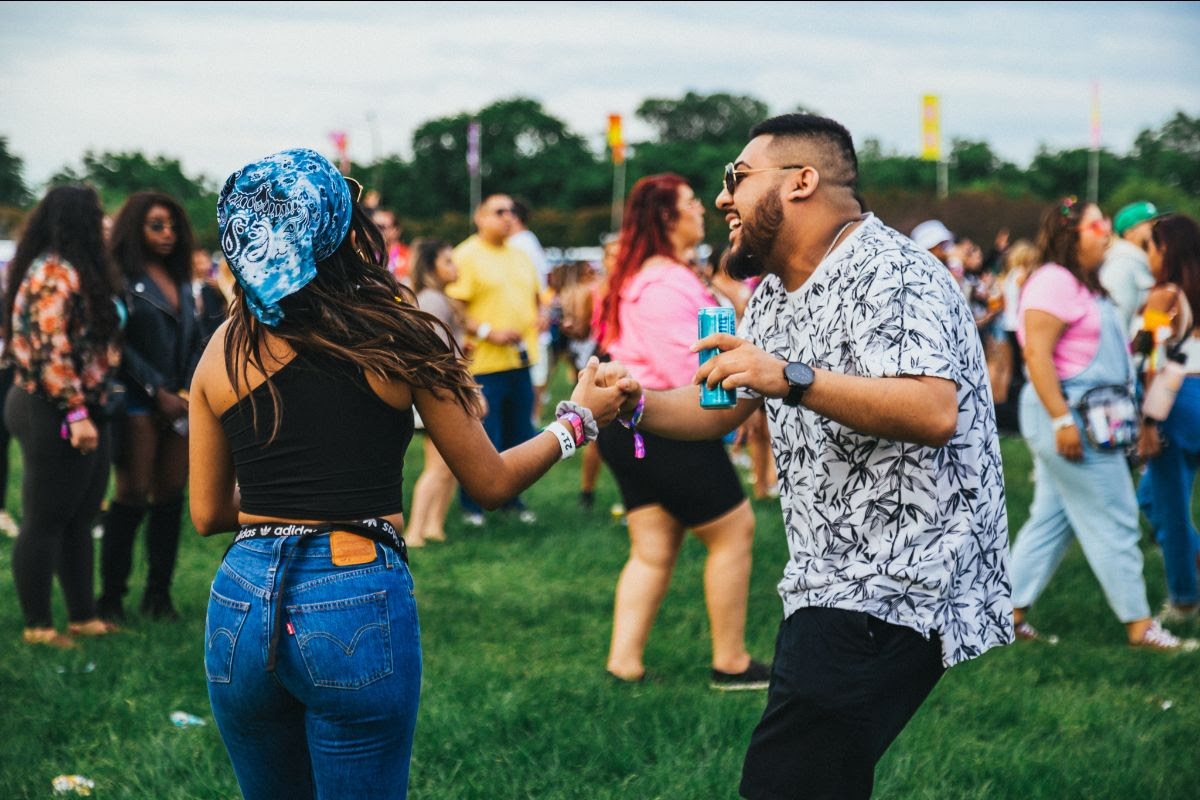 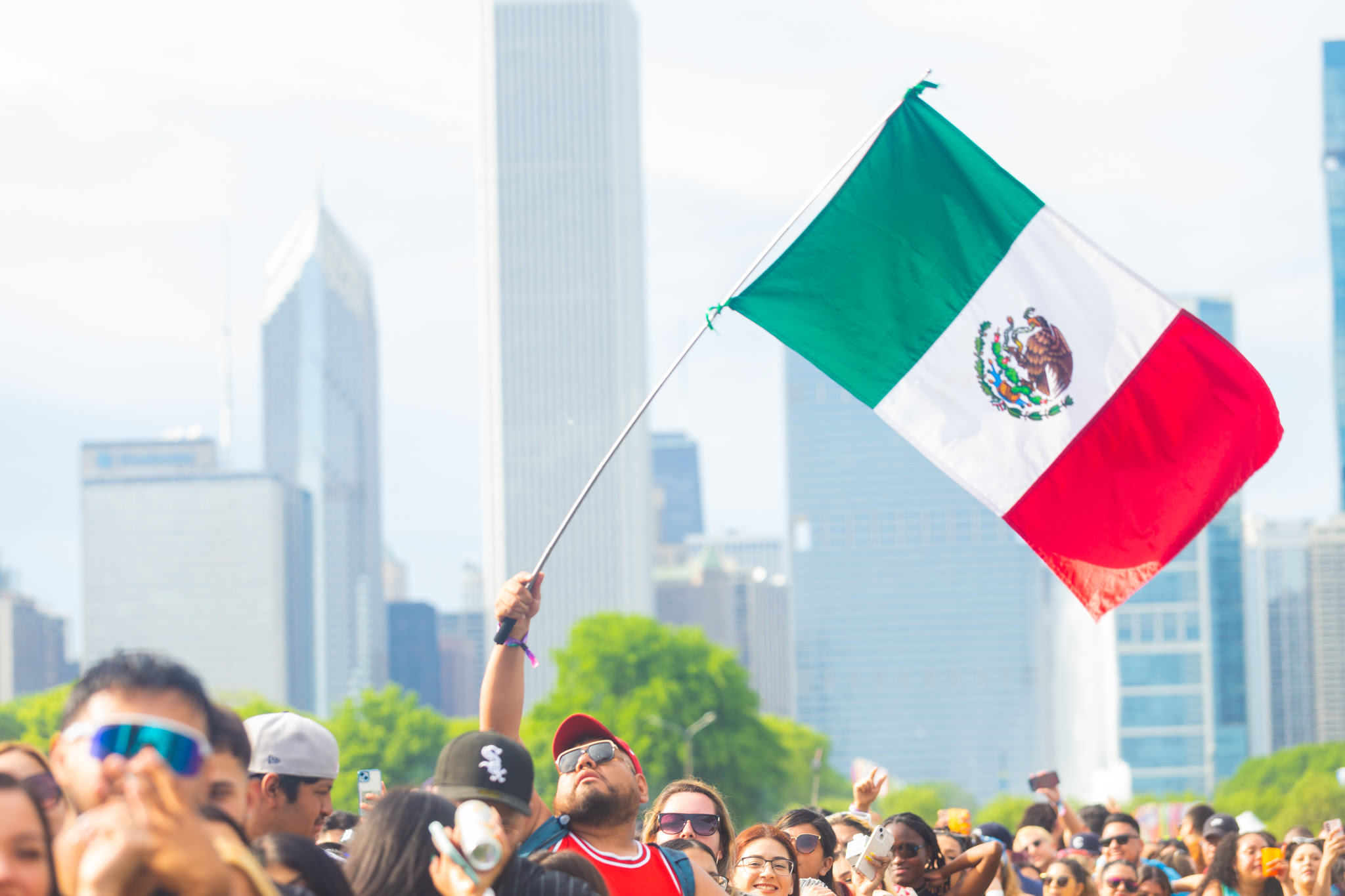 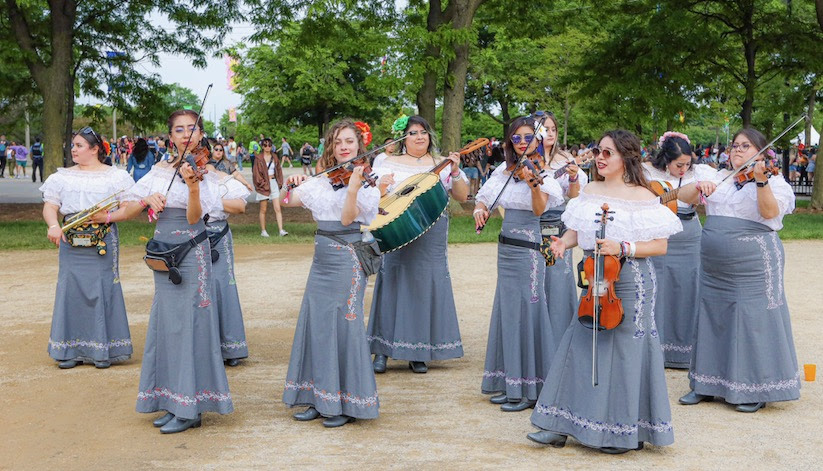 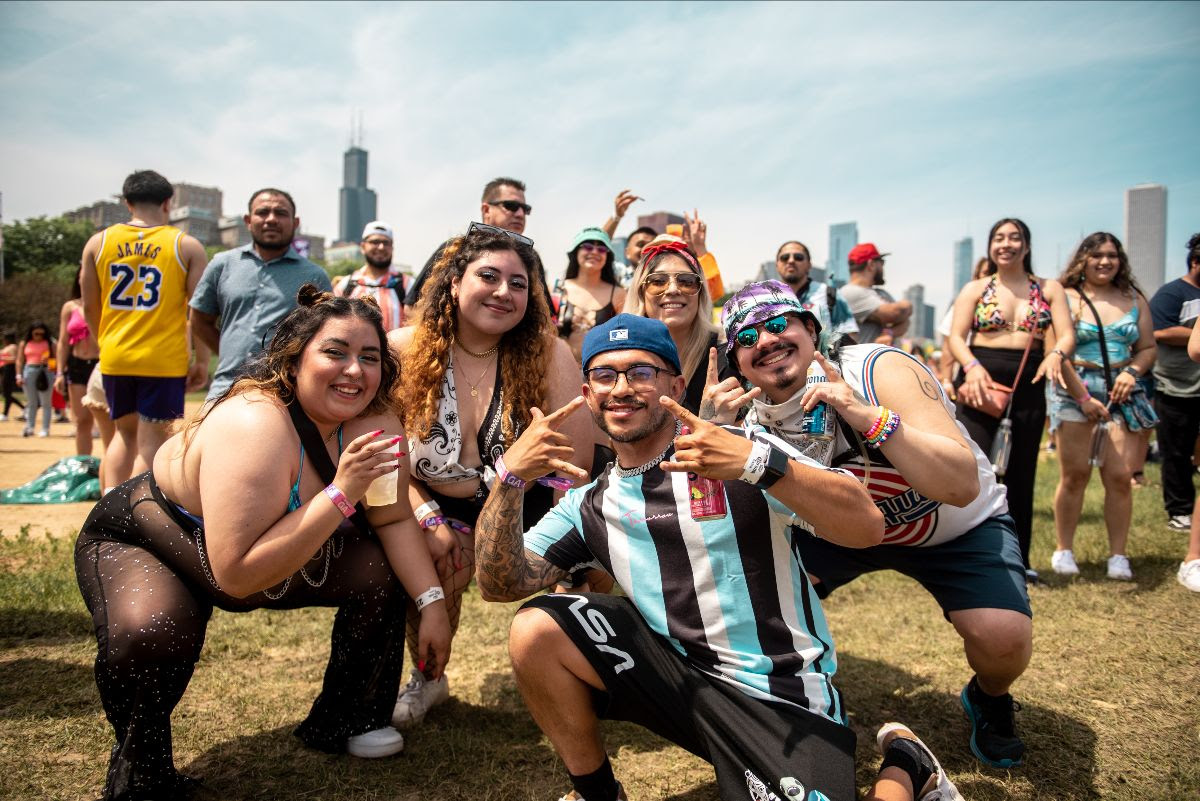 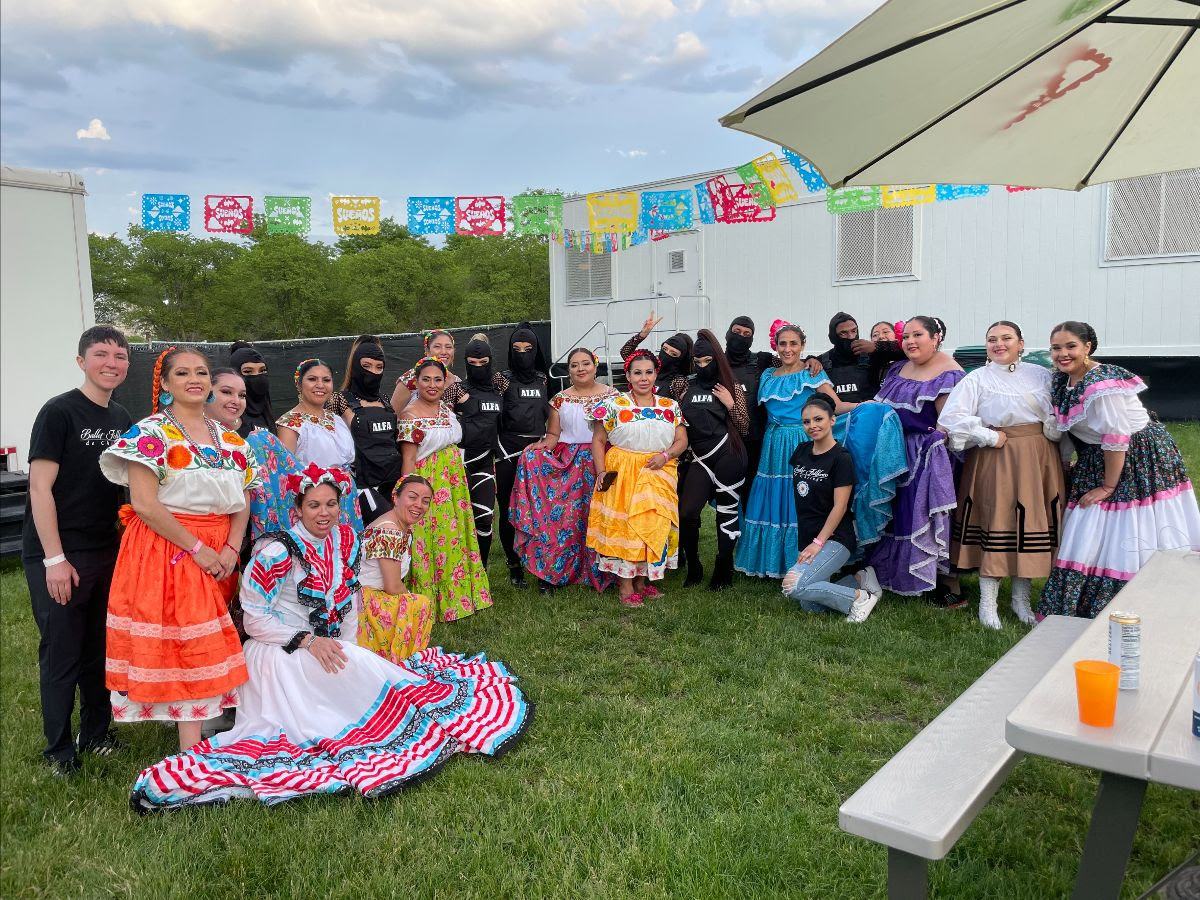