Packed With Colorful Wigs, Foreign Cars, and UFOs, “Whipski” the Third Collaboration Between $NOT and Cole Bennett 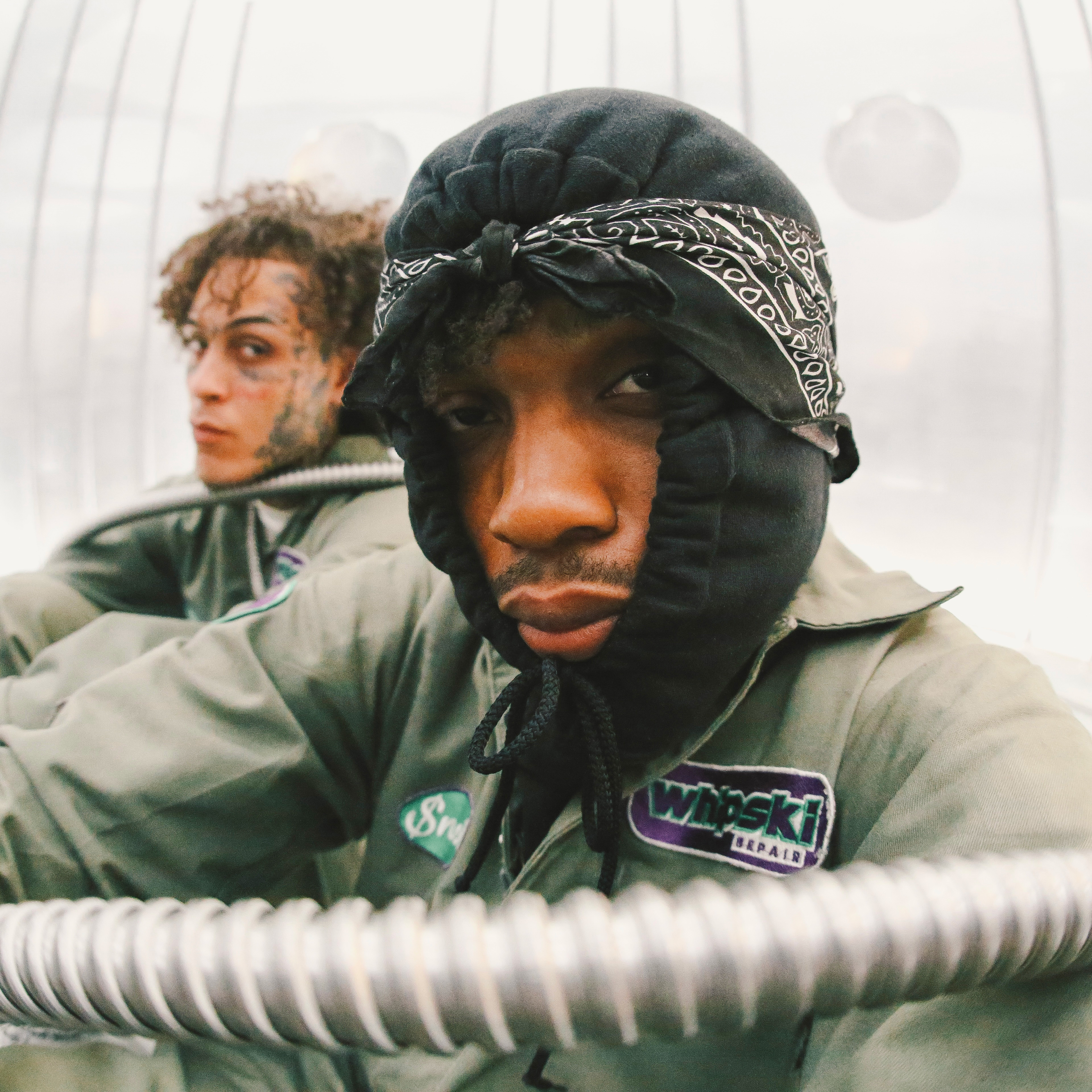 “At a certain point, all these moments added up to one undeniable fact: $NOT is a legitimate star who makes music that will find its way to the ears of millions, no matter where it’s shared on the internet.” – Complex

“Over the years, $not has evolved from an experimental ASMR-type artist to a distinctive lyricist who’s destined to lead the new wave of the SoundCloud era.” – Miami New Times (cover story)

Murmuring infectious melodies through his tightly-wrapped hoodie, $NOT is a master of the low-key banger. Teaming up with Cole Bennett and Lil Skies, $NOT shares “Whipski,” his first new single of the year. Produced by Taz Taylor, Cxdy, and Nash of Internet Money (“Lemonade”), who anchor the track with an intricate guitar melody that instantly evokes “summertime,” “Whipski” finds $NOT and Lil Skies approaching the instrumental from complementary angles–$NOT sets the melodic template with his lilting baritone, and Lil Skies turns heads with his honeyed tenor. Both emcees have money and women on their mind trade verses: “I just want a bad b*tch for the summer/Hoes on my bummer/I’m a real lover,” rhymes $NOT.

Directed by Cole Bennett, the video for “Whipski” features the Lyrical Lemonade auteur’s signature dynamic storyline and kinetic visual effects. The video kicks off with $NOT and Skies working for an abusive boss (who you might recognize from $NOT’s Bennett-directed “Revenge” video) in an auto repair shop, before they decide to take their job and shove it. The rest of the video follows Skies and $NOT on a high-speed trip, as they transform their run-down van into a BMW. On their joyride, $NOT and Skies encounter beautiful women in green wigs, aliens in a UFO, and catch a brief glimpse of Landon Cube, who waves at them when they drive by. “Whipski” is the third collaboration between $NOT and Cole Bennett, and it loosely follows a storyline established in “Revenge” (9.5 million views) and “Mean” ft. Flo Milli (7.7 million views). Last night, $NOT and Cole Bennett discussed the video in a Twitter Spaces conversation, hosted by Complex.

“Whipski” is $NOT’s first new song since the October 2020 release of Beautiful Havoc, his latest project. Taking his songwriting to a new level, Beautiful Havoc interrogates the 22-year-old rapper’s pain, digging into the betrayal and hardships that shape his prickly and misanthropic persona. With production from the likes of Powers Pleasant, Eem Triplin, Woodpecker, and more, Beautiful Havoc offers a bright and diverse sonic palette, allowing $NOT to showcase his elite melodic instincts and provide a contrast to his dark, self-hating lyrics. Beautiful Havoc hosts several well-received singles, including collabs with iann dior and Denzel Curry, and is home to “Mean” (35 million Spotify streams), the Flo Milli-featuring slapper that inspired a viral trend on TikTok (over 700k combined video creations). Beautiful Havoc is available everywhere via 300 Ent.

“Whipski” arrives as $NOT prepares to return to the stage for the first time since February 2020 for a short-run tour in his home state of Florida. Though he performed songs from Beautiful Havoc during a Rolling Loud Loud Stream, the upcoming dates mark the first time any songs from the album will be performed in a truly live setting. The upcoming 4-date tour makes stops in Tampa, Orlando, Jacksonville, and Lake Park.

Always ahead of the curve, $NOT will be dropping an NFT on Friday, April 9th, exclusively on Zora, to coincide with the release of “Whipski.” Stay tuned for more music from the 23-year-old rapper very soon, as he continues his superstar trajectory.