“Revenge” is the First Glimpse of the Florida Rap Anomaly’s Next Album, Coming 10/30 via 300 Ent. 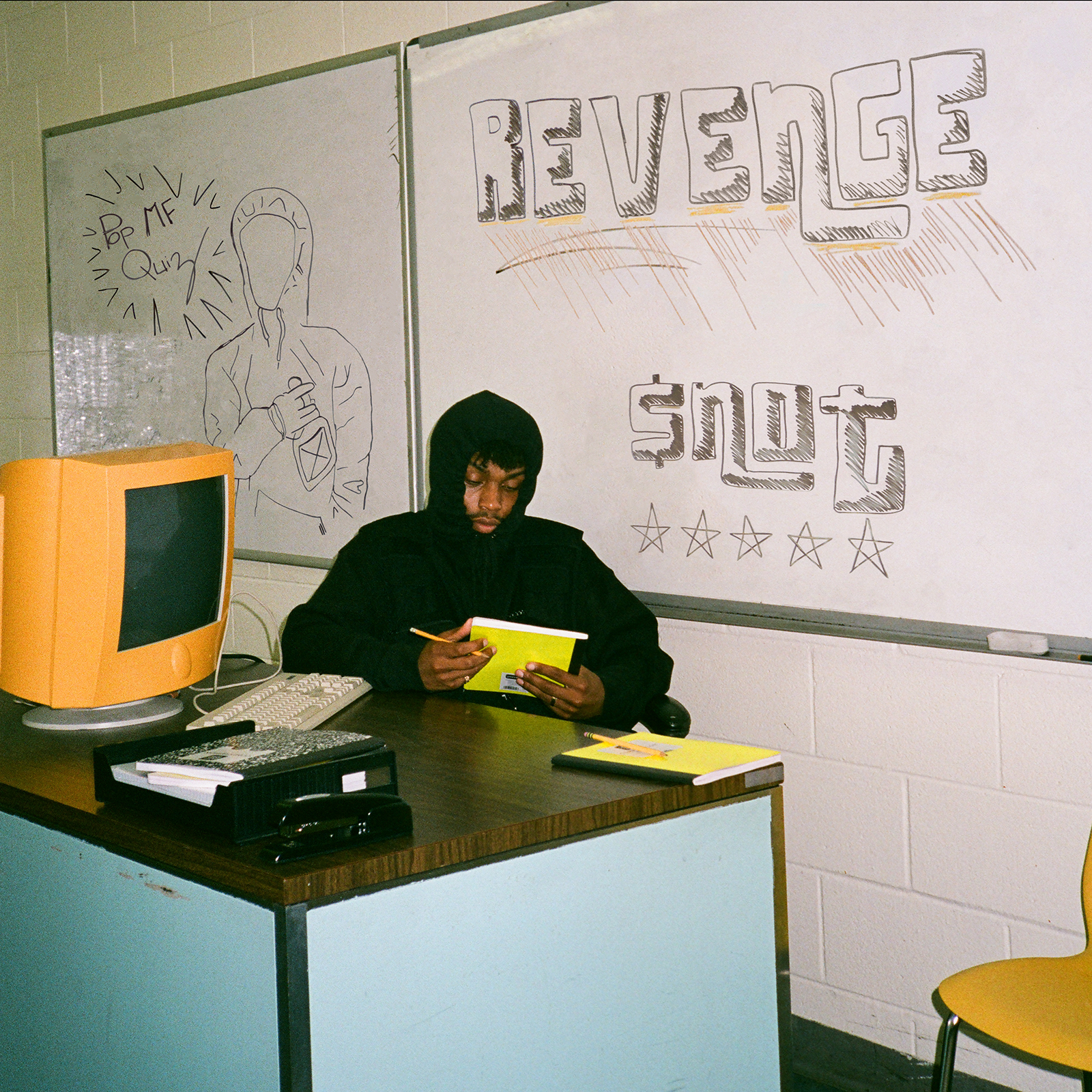 A misanthropic introvert with expert pop instincts, Florida rapper $NOT is quickly becoming one of his generation’s defining voices. Teaming up with Cole Bennett for his latest music video, $NOT shares “Revenge.” The first glimpse of his next project, out October 30th via 300 Ent., “Revenge” draws its power from $NOT’s punchy and affectless baritone, as he weaves between gentle guitar strums and hyperactive snares. The Eem Triplin-produced track finds a broken-hearted $NOT picking at his scabs, suffering from the wounds caused by 1000 betrayals: “Sometimes I can really be f*cked up/Ain’t nothing much to say but ‘hey, goodbye’/Everybody wanna tell the truth, but lie/I can see these n****s right through my eyes.”

Along with the new music and album announcement, $NOT reveals a new capsule collection of merch, inspired by “Revenge” and its music video. Head to shop.snot.xyz on September 25th to buy three new t-shirt and hoodie designs.

Influenced by a long line of idiosyncratic rap outsiders, $NOT earned a massive following with his relatable, humorous, and well-crafted rap songs. Born in Brooklyn before moving to Florida as a teenager, $NOT made his name on SoundCloud, keeping his fans satisfied with consistent drops until striking gold with “GOSHA,“ which racked up 22 million SoundCloud streams and recently surpassed 100 million streams on Spotify.

Known for wearing his signature hoodie, which he wears wrapped tight around his face, $NOT has earned co-signs from the likes of Billie Eilish, and his song “Billy Boy” appeared in an episode of HBO’s Euphoria. $NOT completed a successful tour in Q1 2020, selling out venues across the country. Most recently, $NOT shared “Can You Help Me,“ a defiant track that calls out racism and supports the Black Lives Matter movement.

Stay tuned for more announcements about the upcoming album.