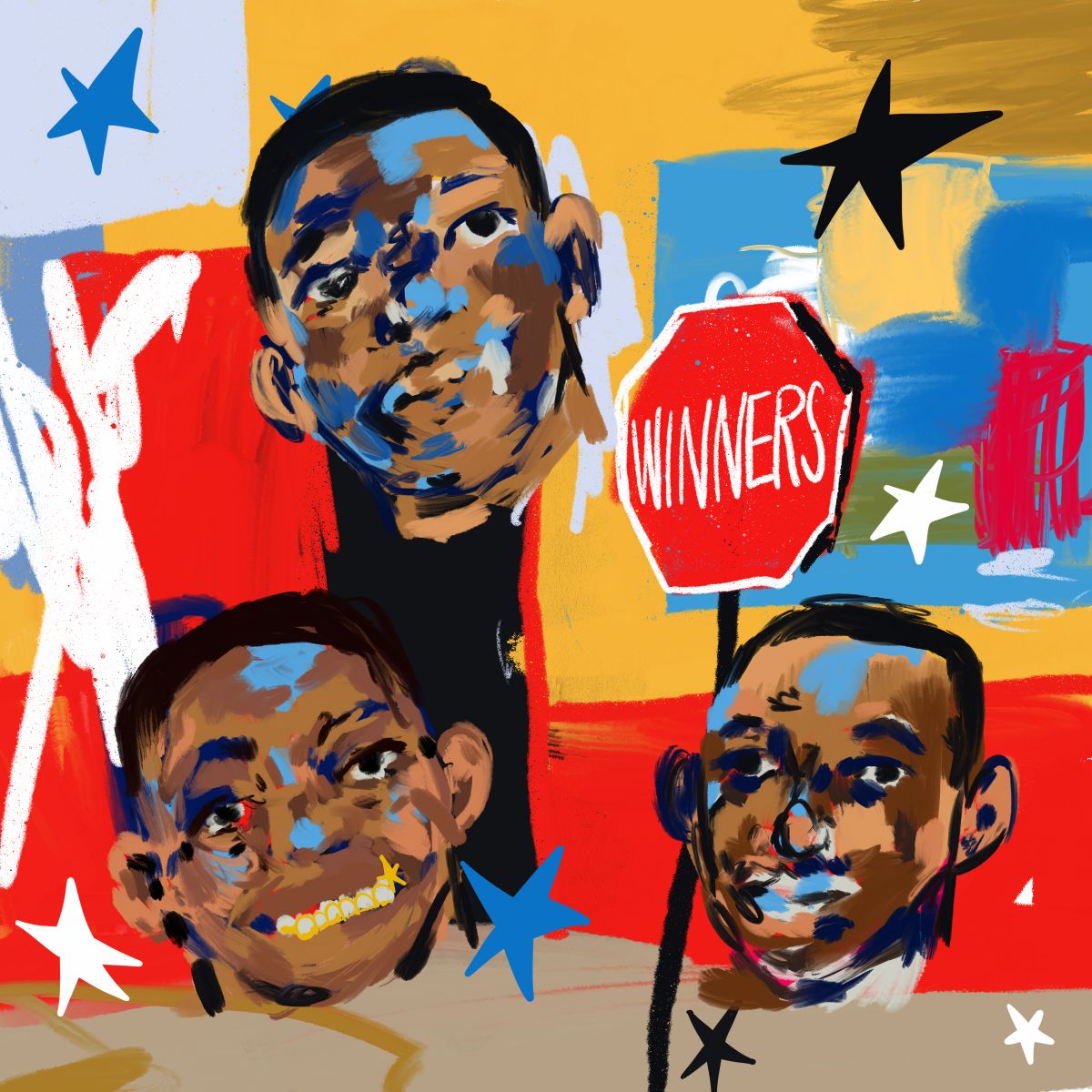 “The song is a great little banger, stripped-down and catchy, with a synth riff that reminds me of some of the best club-rap of the early-’00s.” – Stereogum

“Smoko Ono is responsible for a lot of the beats coming out of Chicago in recent years.” – Complex

An essential producer behind present day Chicago hip hop, Smoko Ono has the ability to intertwine his city’s traditional sounds with those of the future. With the help of Yxng Bane, Chance The Rapper, and Joey Purp, Smoko Ono shares the new visual for “Winners.” The song has a true dancehall feel to it, bolstered by smooth, Afrobeats-inspired drum patterns and bouncing synths providing the ideal canvas for the two Chitown heroes to deliver their verses. Crossing the Atlantic ocean to London with his Chitown crew, Smoko and the dudes post up with Yxng Bane on his home turf, moving around the city, and hanging out the side of their van. Through incorporating elements like a fish-eye lens, the video creates the feeling of watching a vlog about Smoko and his friends while they do some light shopping and dig in on a prominent restaurant city. Making sure to stop by KISS FM UK to promote their new single, the four artists bring their short trip to a halt by finding some time to participate in London’s nightlife.

The video for “Winners” arrives as the song continues to make waves in the streaming world. Currently, “Winners” sits at #1 on Apple Music’s The New Chicago playlist, has received over 1.5 million streams on Spotify to date, and has been recognized by high profile publications including Billboard, Complex, and Pitchfork. “Winners” is Smoko Ono’s second star-studded new single of the year, following “You Are” ft. Corinne Bailey Rae & UMI, which released in May. A song about loving someone with the totality of your being, “You Are” is drenched in reverb, offering ringing guitars–played by multi-Platinum artist Daniel Caesar–and sumptuous bass perfectly suited for headphone listening. “You Are” earned praise from Billboard, UPROXX, Earmilk, and more. Both featuring cover art from Nikko Washington, “Winners” and “You Are” are available to stream via Payday Records, and will both appear on Smoko’s upcoming debut solo album, due to release in Q1 2022.

A frequent collaborator with the likes of Chance The Rapper and Vic Mensa, Smoko Ono has a sterling reputation in Chicago and beyond for his production prowess. He’s produced tracks featuring some of music’s biggest stars, including Kanye West, DaBaby, Megan Thee Stallion, Ty Dolla $ign, Cordae, and many more. Earlier this year, Smoko produced “All Pride Aside,” a song by Shelley fka DRAM featuring Summer Walker. The prolific producer is hard at work on his star-studded upcoming album, which will be his first album since the critically acclaimed Very Slight, a collaborative project with Chicago rapper KAMI that generated over 12 million streams across platforms.

Stay tuned for much more from Smoko Ono in the rest of the year.

Smoko Ono’s production is an integral part of the sound of contemporary Chicago hip hop. A long-time collaborator of Chance the Rapper, Smoko had four placements on Chance’s debut album The Big Day including the off-cycle single “I Might Need Security,” and “Hot Shower” Ft DaBaby and MadeinTYO. As one of Vic Mensa’s main producers, Smoko produced tracks including “U Mad ft. Kanye West, “Liquor Locker ft. Ty Dolla Sign and “Feel That,” and produced on “Broke As F*ck” on YBN Cordae’s Grammy nominated album The Lost Boy. Smoko has upcoming releases with SG Lewis and more.

In 2018 Smoko released his collaborative album Very Slight with KAMI, which featured verses from Chance the Rapper, Joey Purp, and Valee, the project has received over 12M streams in the US alone. Smoko’s commercial work includes a Nike Super Bowl commercial, Puma, Tao, and has DJ’d Complexcon, Soho House, Poppy, The Marquee, and events like Kehlani’s after party. Additionally, Smoko has produced songs for Megan Thee Stallion, Denzel Curry, Yung Bans, YNW Melly, and is working with Francis and the Lights, Yxng Bane, Lil Yachty, Shelley fka DRAM, and more.

The iconic record label Payday Records announced their relaunch November 2017 with the release of “Our Streets,” the first ever collaborative single from DJ Premier and A$AP Ferg. Created in 1992, Payday Records helped to launch the careers of some of the biggest and most influential names in hip-hop, including Jay-Z, Yasiin Bey f.k.a Mos Def (via his first group U.T.D.), Showbiz & AG, and Jeru the Damaja. Relaunched by Ultra Music founder and hip-hop and electronic pioneer Patrick Moxey.