One-Third of Rap Supergroup Gucci Gang, the Florida Rapper Delivers “Remember Me,” the First Taste of the Upcoming EP, Along With a Trippy Video

Specializing in extravagant, yet concise bangers, Smokepurpp is quickly becoming one of the SoundCloud era’s biggest stars. Exploring a mysterious sector of his Deadstar solar system, Purpp announces Lost Planet, his upcoming EP. The midway point between 2017’s Deadstar and the upcoming Deadstar 2, Lost Planet is Purpp’s most self-assured and versatile release yet, delivering the bangers his fans expect, but also showcasing a facility with atmosphere and melody. Featuring production from Kenny Beats, Ronny J, and others, Lost Planet EP arrives on April 19th, sandwiched between Smokepurpp’s Coachella performances with Gucci Gang, comprised of Purpp, his idol Gucci Mane, and fellow Floridian Lil Pump.

Flashing a facility with delicate songwriting, Purpp shares “Remember Me,” the beating heart of the upcoming EP. Inhabiting a rich sonic world comprised of bass-heavy electric keyboards, dynamic 808s, and eerie vocal samples, a heavily-reverbed Smokepurpp contemplates his legacy on the new single, hoping that his words will connect deeply with his fans. Produced by TM-88 and Rex Kudo, “Remember Me” finds Purpp showing off his smooth singing voice–no need for auto-tune. In the video, Purpp is kidnapped and forced into becoming the subject of a science experiment. Before long, Purpp realizes that his kidnapper is a very familiar face. The subdued “Remember Me” follows a series of loose singles from the 2018 XXL Freshman, including the the Lil Pump-featuring “Nephew,” certified Gold earlier this year, the raucous “Sauce Like This” (3 million YouTube views) and the cloudy “But I Still Respect Women” (2.5 million SoundCloud plays).”

One of the most popular rappers in South Florida’s cresting wave, Smokepurpp made his name on SoundCloud, building up a loyal following and earning millions of plays on each track. Signed to Alamo/Interscope, in a partnership with Travis Scott’s Cactus Jack Records, Smokepurpp drew mainstream recognition with the release of “Audi,” which earned hundreds of millions of streams on all platforms, including 124 million on Spotify, and earned a Gold certification from the RIAA. His debut mixtape Deadstar, which peaked at #42 on the Billboard 200 in 2017. In 2018, Smokepurpp made another splash with Bless Yo Trap, a full-length collaboration with Grammy-nominated producer Murda Beatz, and earned a spot on XXL’s 2018 Freshman List. Catch Smokepurpp and Gucci Gang this Sunday at 8:15pm (PDT) on Coachella’s official livestream. 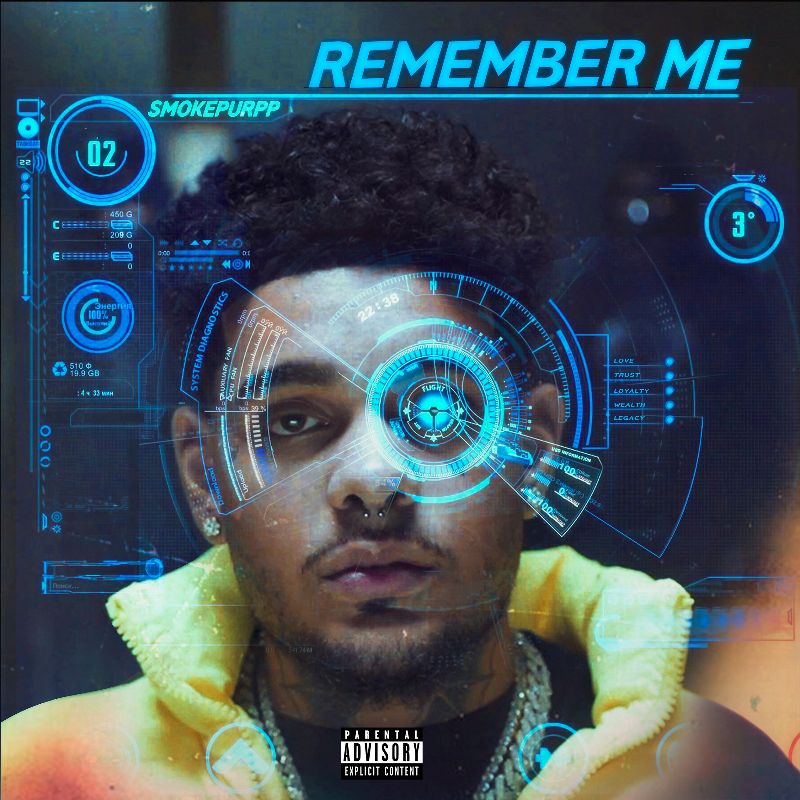 The Chicago-born, Miami-raised rapper and producer Smokepurpp has been one of the cornerstones of Florida’s burgeoning rap scene since the release of his “Ski Mask” video in 2015. The buzz from the video and other singles with close friend Lil Pump culminated in a record deal with Alamo/Interscope Recordsand Travis Scott’s Cactus Jack Records. The 21-year old Purpp quickly went to work, collaborating with Scott, Yo Gotti, Pump, and more. His debut release, Deadstar, spawned the gold-certified single “Audi” and generated features from The New York Times, Rolling Stone, Pigeons & Planes, XXL, Mass Appeal, and many more. The follow up release, Bless Yo Trap, was a collaboration with Grammy-nominated producer Murda Beatz, boasted the standout single “123” and collaborations with Lil Yachty, Offset, and A$AP Ferg. 2018 has been a banner year for Purpp so far, thanks to his selection on the 2018 XXL Freshman list, the release of “Nephew,” his collaboration with Lil Pump, which has over 100M streams across all platforms, and “I Like It,” the Kanye West and Pump collaboration which Purpp co-wrote and debuted at number 6 on the Billboard Hot 100. He’s set to close the year out with the highly-anticipated Deadstar 2.