The Atlanta Native Shares the Latest Preview of His Upcoming Better Livin Project, Due Next Month via Alamo Records 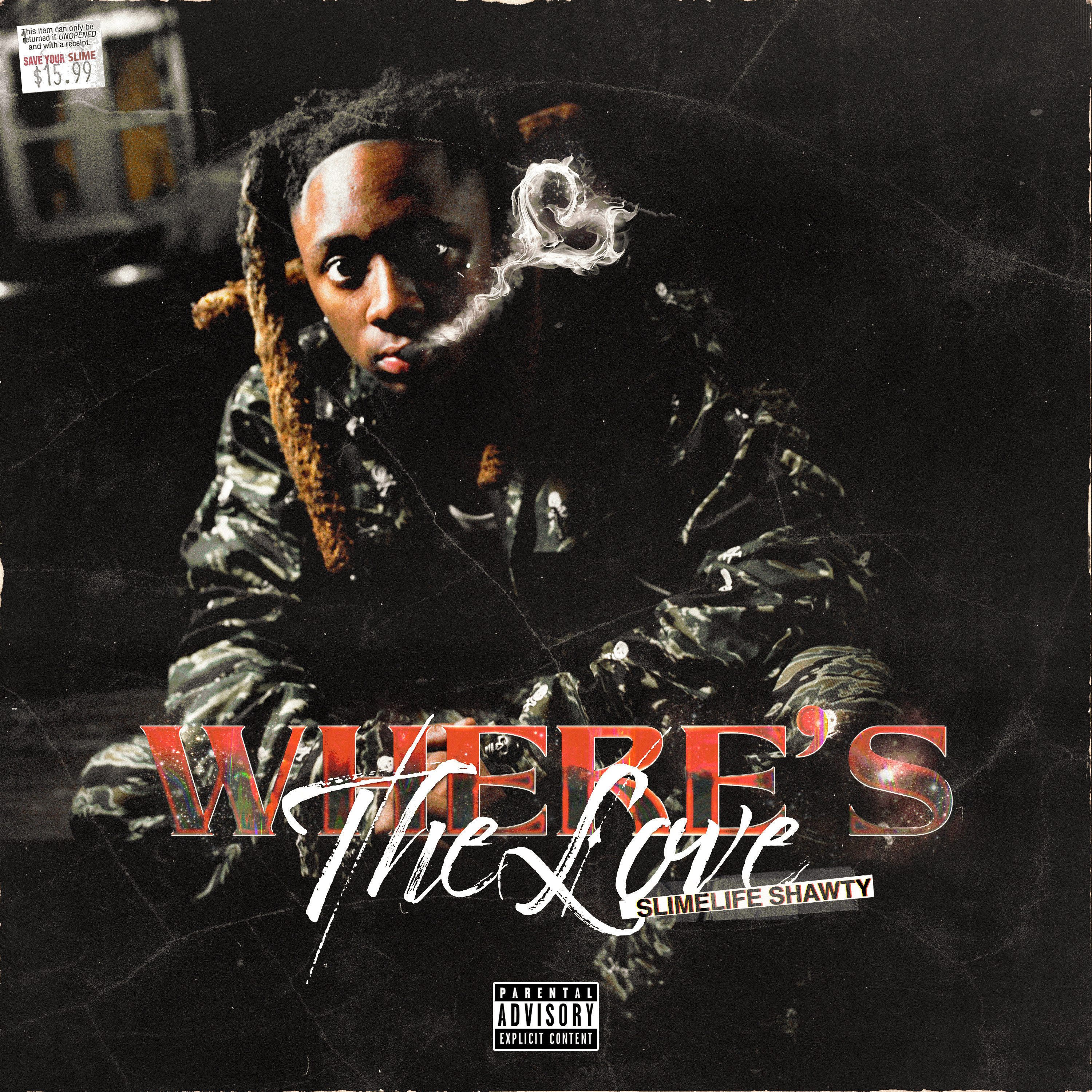 Rhyming with raw nerve emotionalism and infectious melodies, Slimelife Shawty is deeply attuned to the beating heart of the streets. Today, Slimelife Shawty shares “Where’s The Love,“ a plaintive and melodic new single. Opening with a mix of pianos and mournful violins, “Where’s The Love” immediately deposits the listener in Slimelife’s headspace, one haunted by paranoia and loss, but not devoid of hope. The song finds Slimelife reflecting on all he’s done for the streets and wondering why he’s not getting the recognition he deserves.

“Where’s The Love” will appear on Better Livin, the Atlanta native’s upcoming project. The 22-year-old artist has been teasing out Better Livin over the past few months by releasing a string of high-quality video singles, including last month’s “Still At It,” the powerful “Slatt Bizness” (over 1.3 million views since its early August release), and the poignant “Baby Boy,” which has over 2.1 million YouTube views since its release in May.

Earlier this year, Slimelife shared the 42 Dugg-featuring remix to “Don’t Worry (Clappers),” his biggest hit to date with over 15 million streams across platforms. Last year, the Alamo Records signee released No Slime Left Behind, a full-length project, and made noise with his street hit “All Summer” (2.6 million YouTube views). Slimelife signee showed off his performance chops this summer, performing an electrifying set at Rolling Loud Miami in July.

With a knack for emotional honesty that earned him co-signs from heavy-hitters like Young Thug, Lil Baby, and Lil Durk, who gifted him an OTF chain that he wears in the “Still At It” video, Slimelife Shawty is looking to level up with the upcoming Better Livin. Stay tuned.