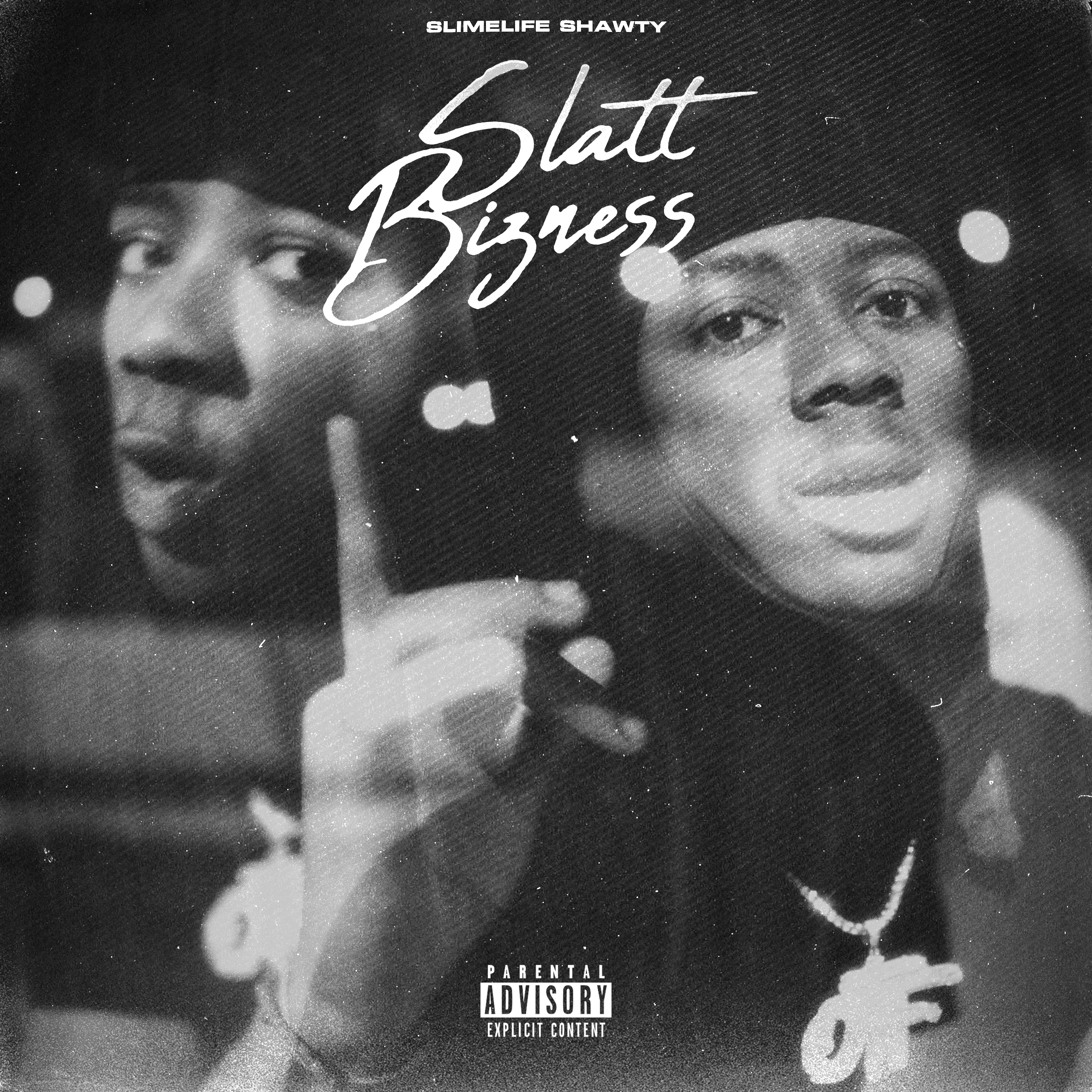 Slimelife Shawty uses his knack for conversational melody and raw lyricism to create some of Atlanta’s most effecting trap music. His new single, “Slatt Bizness,” brims with the street wisdom for which he’s known. Rhyming over a bed of rippling pianos, wailing guitars, and upbeat percussion, Slimelife describes a motto to live by, explaining how he gets far by minding his own business and following his creative muse, never needing any input from others: “I’m way past ridin’ the wave, they been tryna ride the wave/N****, I’m tryna create an ocean.” In the video, directed by ShotByWolf, Slimelife and his crew bond in Miami Beach, as they shoot hoops, eat Cuban cuisine, try to capture a rogue iguana, and interact with locals in the city streets. “Slatt Bizness” is the 22-year-old rapper’s first single since the poignant “Baby Boy,” which has over 1.5 million YouTube views since its release in May.

Slimelife Shawty is currently preparing his next project Better Livin, due to release later this year. The 22-year-old rapper recently shared the video for his loyalty anthem “Homicide” (1.1 million views on YouTube), and teamed up 42 Dugg for the remix to “Don’t Worry (Clappers),” his biggest hit to date with over 15 million streams across platforms. Last year, the Alamo Records signee released No Slime Left Behind, a full-length project, and made noise with his street hit “All Summer” (2.6 million YouTube views). The Atlanta native recently showed off his performance chops, performing his most notable songs at Rolling Loud Miami in July.

With a knack for emotional honesty that earned him a co-sign from heavy-hitters like Young Thug, Lil Baby, and Lil Durk, who gifted him the OTF chain that he wears in the “Slatt Bizness” video, Slimelife Shawty is looking to level up with his upcoming project. Stay tuned for Better Livin, coming soon via Alamo Records.