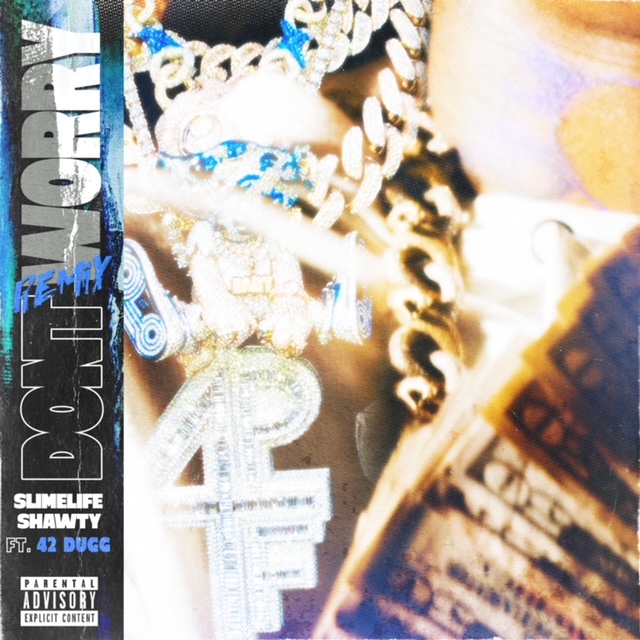 Armed with a silky smooth flow and a fierce determination to succeed, Slimelife Shawty is the next addition to ATL’s A-List. Updating his biggest hit yet with an appearance from guest verse god 42 Dugg, Slime shares “Clappers” (Remix). Produced by Nile Waves & 3LTHEGOD, the song originally titled “Don’t Worry (Clappers)” sends an emphatic message to the steppers–keep your mind on your own money and don’t worry about what your superiors are up to. 42 Dugg proves to be a worthy addition to the song, borrowing Slime’s rolling cadences on his super-sized verse. The visualizer is an invigorating collage, combining highlights from Slime’s burgeoning career with new footage of Slime and 42 Dugg and images captured from nature and sporting events.

Released over the summer, “Clappers” is Slimelife Shawty’s biggest hit yet, making waves in Atlanta and generating over 13 million streams across platforms. The song caps off a banner year for the rapper, who released his project No Slime Left Behind via Alamo Records in May. The 22-year-old rapper connected with Lil Durk for “Brazy Life” and is a frequent collaborator with Lil Keed and Lil Gotit. Most recently, Slime released Hot Box, a new EP that features “Don’t Worry (Clappers)” and street hit “All Summer” (1.5 million YouTube views). Heading into 2021 with the wind at his back, Slimelife Shawty is well on his way to becoming one of his city’s most popular young rappers. Don’t sleep.