One of the pre-eminent talents of the Brooklyn drill boom, East Flatbush rhymer Sleepy Hallow specializes in sinister street stories. Steering his sound away from the doom-and-gloom of drill towards a more eclectic, melodic, and organic approach, Sleepy Hallow announces DON’T SLEEP, his upcoming debut mixtape. With the lion’s share of the production handled by Great John, DON’T SLEEP finds the 19-year-old rapper thriving in his transition from supporting player to leading man, weaving through the tuneful instrumentals with his melodic, ambiguously-accented timbre. The album’s cover artwork recreates a famous poster of Chicago street figure Robert Sandifer, aka Yummy–a poster seen hanging in Tupac’s prison cell in the background of an interview.

Sleepy Hallow speaks about his choice of artwork: “I’ve watched a lot of YouTube docs on Yummy and his story has always resonated with me. I saw the poster with Yummy’s face in that Tupac interview and it intrigued me, even though I didn’t know who he was yet. I saw myself in him. He could be me. He could be anyone in similar circumstances in 2019. I see people in Brooklyn and Chicago living the same lives, living the same struggles, seeing the same situation. We listen to the same music. Yummy’s story is a tragic one but it’s not an isolated story. History repeats itself. His story could happen to me. It’s always your own people that you gotta watch out for. I used that artwork to pay homage to the kid. It’s for him and for every kid who is like him.”

Digging deep into his life on the streets in East Flatbush, the new tape features previously released tracks like the thudding anti-lame screed “2 Fake” (800k streams on YouTube audio) and the breezily melodic “I Get Luv,“ which recently came to life as Sleepy’s first solo music video. Featuring appearances from Sleepy’s frequent rap partner and childhood friend Sheff G, along with a guest appearance from ABG Neal, DON’T SLEEP arrives on October 31st via Winners Circle Entertainment/EMPIRE.

Born in Jamaica before moving to East Flatbush in early grade school, Sleepy Hallow met Sheff G as a teenager, and the two quietly charismatic future rappers immediately formed a friendship. Instead of launching headlong into the rap game, they sat back and observed, taking note of their friends and neighbors’ raps and silently figuring out what did and didn’t work. Though Sheff struck first with the solo hit “No Suburban,” the duo developed and easy chemistry, creating 2019 street hits like “Flows” (1.6 million Spotify streams) and “Menace,” which features an appearance from Mozzy. Sleepy appeared on seven different tracks on Sheff’s debut mixtape The Unluccy Luccy Kid, released in late September, and he looks to make an equally splashy entrance with DON’T SLEEP. 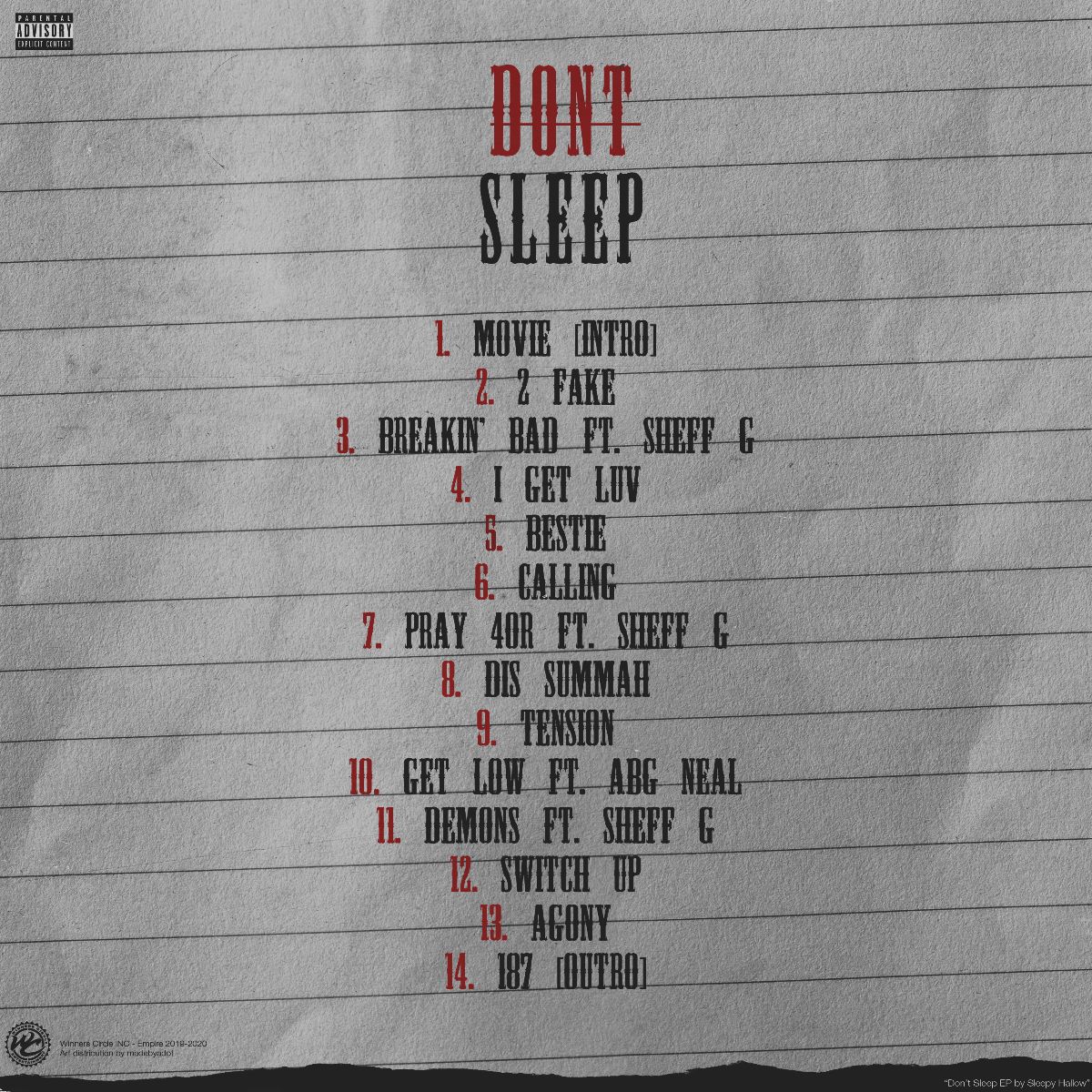