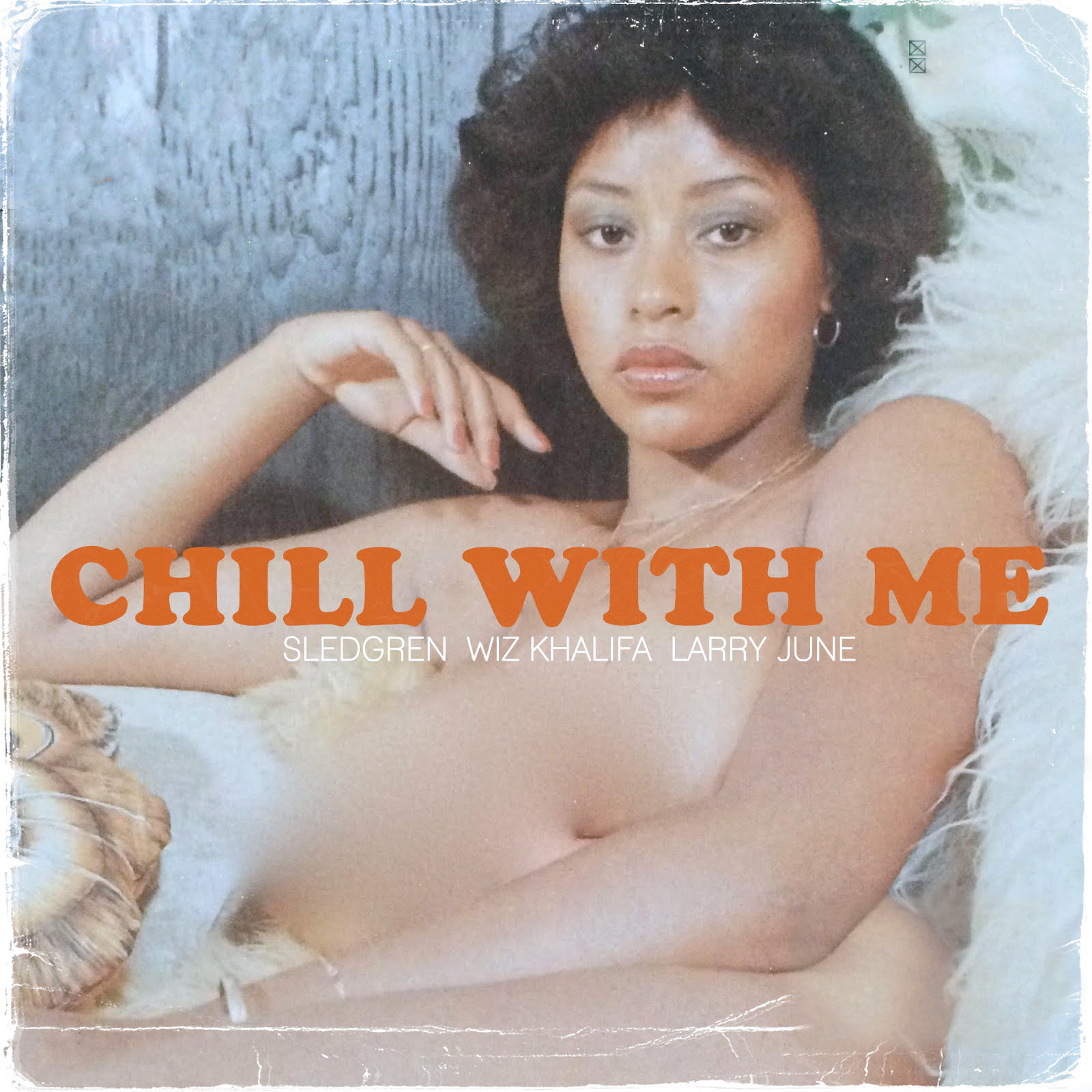 “The Taylor Gang producer has not only been around since Wiz’s early beginnings, he also helped shaped the sound of some of Wiz’s smoother cuts.” – HipHopDX

A trusted source for wavy clouds of sound for more than a decade, Pittsburgh producer Sledgren excels at crafting expansive worlds for your favorite rappers to inhabit. Teaming up with two of his favorite collaborators, Sledgren shares “Chill With Me,” a new song with appearances from multi-platinum selling, Grammy and Golden Globe nominated recording artist Wiz Khalifa and Larry June, available everywhere via Taylor Gang Ent./EMPIRE. Layering sweeping synths and subsonic bass over clicking percussion, the immersive “Chill With Me” brims with colorful details–notice the way the piercing synth melody gradually morphs into a wistful flute as the song proceeds, mimicking the pleasant fade from reality that accompanies a successful trip. The rappers seamlessly fit the vibe–Sledgren was inspired by Roy Ayers’ seminal hit “Everybody Loves The Sunshine” when he made the beat–as Wiz stacks easygoing flexes and Larry reminds fans that he’s just a phone call away if they want to chill.

Directed by David Camarena, the luxurious new video perfectly translates the song’s inviting atmosphere. Posting up in an ornate mansion, the two rappers and producer gather a crew and show us how they chill. Wiz holds court with a cigar-sized blunt, while a bucket hat-clad Larry sips orange juice as he and Sledgren hotbox the mansion’s study.

A close confidante of Wiz Khalifa’s since the two were high school students in Pittsburgh, Sledgren’s blissful beats came to define the sound of his city, through his work on classic projects like Wiz’s Kush & Orange Juice and Mac Miller‘s GO:OD AM, Sledgren’s supreme chill and fastidious attention to detail have earned him the respect of the game’s finest rappers, with luminaries such as Curren$y, Babyface Ray, Starlito, Doe Boy, and more rhyming over his production. Signed to Taylor Gang for more than a decade, Sledgren showed off his artistry on a series of instrumental tapes–including last year’s Enigma and Sagittarius Luv 2–which fully explore his impressive ability to create immersive and atmospheric soundscapes. Last month, Sledgren connected with Wiz and Cardo Got Wingz for Wiz Got Wingz, a full-length project produced entirely by Sledgren and Cardo, in which Wiz returns to the sound that defined his 2010 mixtape, Kush & Orange Juice.

“Wiz and I create the same way, we just live in two different places,” says Sledgren. “Our chemistry is still the same, our process still the same. We might just work over the net more now.”

The founder of Glitch Realm, a lifestyle brand and collective of like-minded producers, Sledgren never stops working. With more singles and a solo project on the way, the Pittsburgh native looks to earn proper recognition as one of the most talented producers in the game today. 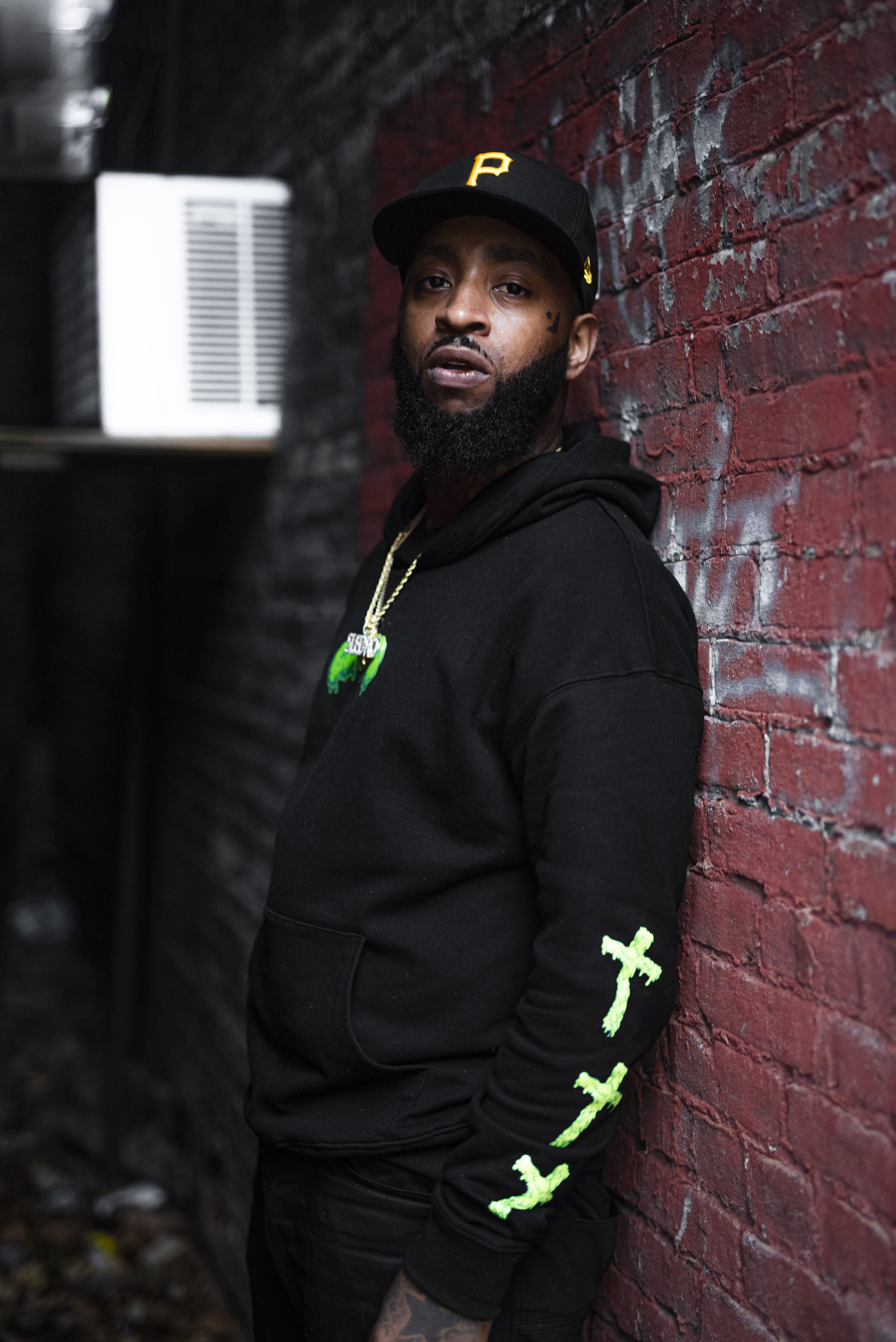 Sledgren is a Pittsburgh-based producer with over twenty years of experience working with artists of varying levels. He first launched his career while producing for the Taylor Gang rapper Wiz Khalifa and continues to tour and create with the team to this day. While he’s been behind the scenes touting production credits for Taylor Gang for years, Sledgren found himself working on projects including the GO:OD AM album by Mac Miller and Wiz Got Wings by Wiz Khalifa and Cardo.

Multi-platinum selling, Grammy and Golden Globe nominated recording artist Wiz Khalifa burst onto the scene with mainstream success with the release of his first major label debut album, ROLLING PAPERS in 2011. ROLLING PAPERS spawned the hugely successful hits “Black and Yellow,” “Roll Up,” and “No Sleep” and gave Wiz the platform to win the award for “Best New Artist” at the 2011 BET Awards and “Top New Artist” at the 2012 Billboard Music Awards. As a follow up to ROLLING PAPERS, Wiz Released O.N.I.F.C. in 2012. This album featured tracks “Work Hard, Play Hard” and “Remember You” featuring The Weeknd. His third studio album released in 2014, BLACC HOLLYWOOD, debuted at #1 on Billboard’s Top 200 album chart and included hit single “We DemBoyz.” Soon after, Wiz’s track, “See You Again,” off the FURIOUS 7 soundtrack, catapulted to the top of the charts across 95 countries. Holding the #1 spot for 12 consecutive weeks, “See You Again” broke records by being Spotify’s most-streamed track in a single day in the United States and in a single week in 26 countries. In addition to winning 3 Teen Choice Awards in 2015, “See You Again” continued its success by winning a Critics’ Choice Award in the “Best Song” category, winning two Billboard Music Awards in the categories “Top Hot 100 Song” and “Top Rap Song,” earning three Grammy Award nominations in the categories “Song of the Year,” “Best Pop Duo/Group Performance,” and “Best Song Written for Visual Media,” and a Golden Globe nomination in the category “Best Original Song – Motion Picture.” Wiz released his album, KHALIFA, in February 2016 as a thank you to fans which included the tracks “Bake Sale” featuring Travis Scott and “Elevated.” In June of the same year, Wiz collaborated with Juicy J and TM88 to debut TGOD MAFIA PRESENTS: RUDE AWAKENING and embarked on his co-headlining “The High Road Summer Tour” with Snoop Dogg. On April 20th, 2017, Wiz launched his mobile app, Wiz Khalifa’s Weed Farm, which has garnered over 10.1 million downloads and is currently being played in over eight countries and six languages. Later that year, Wiz’s mixtape, LAUGH NOW, FLY LATER, was released in November and featured the chart-topping hit, “Letterman.” His latest studio album, ROLLING PAPERS 2, which is certified gold, was released in July 2018. Following the release, Wiz and rap duo Rae Sremmurd hit the road for their “Dazed and Blazed Tour” throughout summer 2018. In February 2018, Wiz partnered with Sovereign Brands to create McQueen and the Violet Fog, an Award winning gin and rated by the NY Times as the “Best Gin”. In April of 2019, Wiz released his 5-part docuseries with Apple Music, “Wiz Khalifa: Behind the Cam,” which gives viewers an exclusive look into his life and career. In the summer of 2019, Wiz went on his “Decent Exposure Summer Tour” with French Montana, Moneybagg Yo, Chevy Woods, and DJ Drama. In November 2019, Wiz starred in Apple TV+’s “Dickinson,” as the re-occuring character of Death alongside Hailee Steinfeld. The third and final season will debut on Novemeber 5, 2021. Wiz is also a series regular in Fox’s animated sitcom, “Duncanville” which premiered February 2020 and is current airing it’s second season. On 4/20 of 2020, Wiz released his latest project, The Saga of Wiz Khalifa, which features his tracks, “Contact”, featuring Tyga and his latest single, “Still Wiz”. In October of 2020, Wiz, along with Nextbite, launched his latest business venture, a delivery only restaurant chain, HotBox by Wiz. The restaurant is now in all major metro areas. In February of 2021, Wiz released his latest playlist, Taylor Nights. Most recently in December of 2021, Wiz released his project, Wiz Got Wings. Wiz has also joined the Professional Fighters League World Class Ownership Group. In his advisory role, Khalifa will collaborate with the league on integrating various elements of pop culture – from music integration and content creation to MMA lifestyle apparel.