The Two Cinematic Music Group Signees Are Grateful for the Love of the Streets in the Latest Video from Slayter’s Upcoming World Got Me F*cked Up Vol. 1 Mixtape 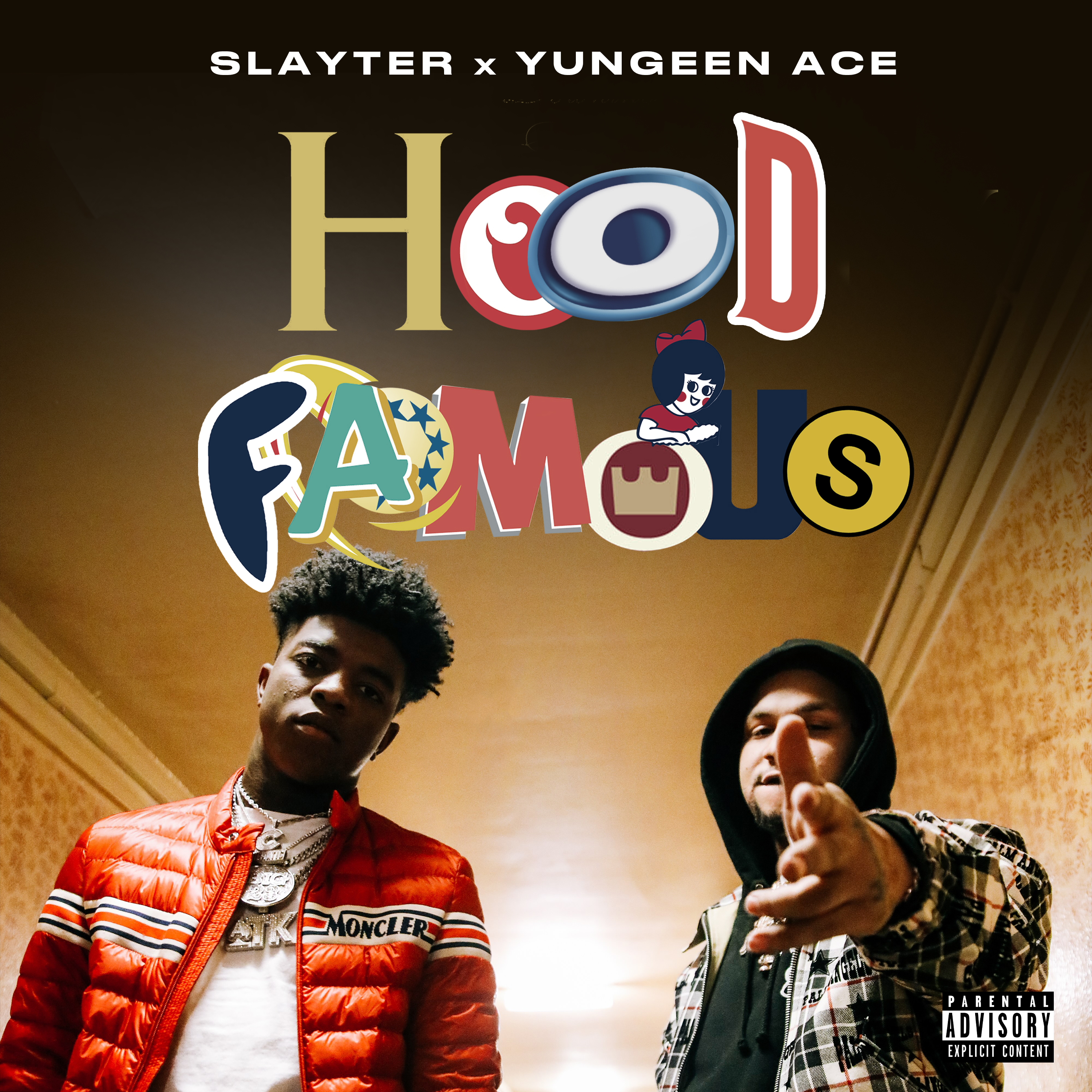 “Slayter just played a sold-out show at Baby’s All Right in Brooklyn this past weekend, so the city is surely fucking with him, and you should too.” – Complex

“There is no doubt the Puerto Rico-born, Dyckman-raised Slayter is a talent to watch out of New York. His hard cadence meshed with his unique and thrilling delivery make Slayter stand out in a soundscape that, more often than not, sounds rather similar. It appears Slayter has very early on figured out how to stand out from the crowd.” – EARMILK

With an uncanny gift for staying relatable even as he lives his life of luxury, New York rapper Slayter is making waves with his starkly honest rhymes. Celebrating his VIP status in his uptown Dyckman neighborhood, Slayter shares “Hood Famous,” his street-savvy new single. Rhyming atop reverberating minor key guitars and bumping 808s, Slayter rasps a lilting melody about his legendary stature in the hood: “I ain’t died yet, but I got murals painted.” The song features an appearance from fellow Cinematic Music Group signee Yungeen Ace, whose soaring vocals provide a brilliant counterpoint to Slayter’s low intonations. In the video, Slayter takes us in a tour around Dyckman, drawing a crowd to the main street (a crowd that includes Luh Kel, another CMG riser) and showing a side of Manhattan that most people don’t usually see. “Hood Famous” is the latest single from World Got Me F*cked Up Vol. 1, Slayter’s upcoming mixtape, due next month via Cinematic Music Group.

Born in Puerto Rico and raised in Manhattan’s Dyckman neighborhood, Slayter spent the past few years fine-tuning his unique take on traditional NYC rap. Discovered by Cinematic Music Group CEO Jonny Shipes, Slayter quickly rose through the ranks of his city’s underground, building a reputation for his detailed, surreal street stories. Last summer, the rapper earned attention from Complex and XXL for his Cold At Night EP, which featured appearances from G Herbo and Lil Gotit, and in the fall, Slayter supported Maxo Kream on a 23-date nationwide tour. Earlier this year, Slayter treated the streets to the Dirty Water EP, a 7-track effort that boasted production from Sango and Thelonius Martin, and guest spots from Smoke DZA, Xanman and Q Da Fool. Most recently, Slayter connected with Sada Baby for “Louis V Umbrella,” which earned coverage in Stereogum, HotNewHipHop, and more.

Stay tuned for more announcements about World Got Me Fucked Up Vol. 1 in the coming days.

Everybody’s tour guide to the underworld of New York City. Born in Puerto Rico and raised in Dyckman, Slayter is a solo artist here to share a bit of dark and sinister surrealism via his lifestyle and soundscapes with us. His music is a reflection of classic New York rap, revamped through the lens of his modern day experiences and coupled with sheer honesty over lush, moody production. After gaining the attention of Jonny Shipes, founder and CEO of independent Hip- Hop label Cinematic Music Group in 2017, Slayter began working on his debut EP entitled Cold At Night.

The goal for the project, which dropped on July 19th, is to tell a poetic, self-aware narrative to listeners that invites them to join along in seeing where his Gotham City adventures take him. Earlier this year, Slayter released visual assisted loose singles “Baby Draco” and “Back Pain”. Both offer a taste of his indulgent search for clarity, and exposure to the obscure, fly, underbelly of his surroundings that are to come.