The ATL Innovator’s Mind Plays Tricks in the First Video Off Don’t You Ever Forget Me Vol. 3 EP

A local hero in Atlanta co-signed by 2 Chainz, Young Thug, and many others, TRU signee Skooly is a master melodist with a loaded arsenal of clipped flows. Committed to a mental institution because of his insane style, Skooly flies over the cuckoo’s nest in “Crazy Shit,” his latest video. Fighting through his straitjacket and flirting with nurses, Skooly’s off-kilter charisma and raw energy provides the perfect visual accompaniment to the minimalist, piano-led banger. Featuring a guest appearance from Lil Xan, the No Jumper-hosted video is the first video from Don’t You Ever Forget Me Vol. 3.

“The ‘Crazy Shit’ video was probably my first time filming in a real Hollywood-like studio environment,” explains Skooly. “I had a lot of fun making the video…and I met some bad-ass white girls, ya dig?”

Following up the successful Vol. 1 and Vol. 2, Don’t You Ever Forget Me Vol. 3 details the final stages of Skooly stepping out from the spotlight of his previous projects and the artists he’s influenced to become a major artist in the ATL scene. Boasting varied production from heavy-hitters like Two-17, DUE4ME Vol. 3 boasts drugged out anthems like “Pass The Weed,” anthemic underdog stories like “Rags To Riches,” and menacing, off-kilter cuts like “Dead People.” Featuring appearances from Lil Xan, Key Glock, Cosanosta Kidd, and more, Don’t You Ever Forget Me Vol. 3 releases later this summer via TRU and EMPIRE.

A sonic innovator and an architect of Atlanta’s melodic trap renaissance, credited as an influence by Young Thug among others, Skooly’s cultural clout manifested in a shoutout in the season premiere for FX’s hit show Atlanta, starring Donald Glover. Following the complimentary shout out in that popular series, Skooly is ready to make the move from underground hero status to mainstream recognition with his Don’t You Ever Forget Me trilogy. A seven-track dose of radio-ready music, Vol. 1 of the triliogy features radio-ready jams like “Dirty Dawg (Insane)” romantic trap singles like “White Balenciaga,”  and bangers like “Habit,” which features TRU label boss 2 Chainz, and boasts a humorous and energetic music video. Boasting the sleeper hit “Really Rich,” which has over 1.2 million streams on Spotify and landed on Most Necessary playlist, Vol. 2 is another strong effort, featuring rowdy bangers like the opener “FreakHill,” and the conflicted “Racist.” This spring, Skooly performed his first-ever headlining dates, including a sold-out date in Atlanta. 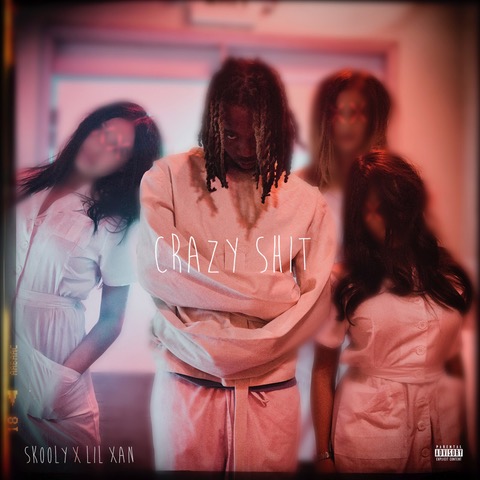 Buy tickets for the Don’t You Ever Forget Me Tour: http://smarturl.it/due4metour