With production from frequent Shoreline collaborators like Ron-Ron and Ace The Face, along with hitmaker D.A. Doman (Tyga’s “Taste”), the new EP finds several unique sonic avenues within the collective’s dark and minimalist sound world, from the ping-ponging synths and rumbling bass of “Half N Half,” to the bright keys of “Caribbean,“ to the manipulated vocal samples of the D.A. Doman-produced “Wings.“ Featuring additional appearances from Curren$y, Warhol.SS, BandGang Paid Will, and Mac P Dawg, Party Pack Vol. 2 releases everywhere via Atlantic Records.

Along with the EP, Shoreline Mafia announces the “Paid In Full Tour,“ their latest headlining tour. Commencing on October 26th, the tour will take Shoreline members Fenix Flexin and OhGeesy coast-to-coast, topping the bill at clubs and theaters across the country. Prior to the “Paid In Full Tour,” Fenix and OhGeesy will take a trip overseas for the “Euro Wave Tour,” a 16-date, 14-country tour through Europe and Canada. The two members of Shoreline Mafia will keep busy in September with festival appearances, bringing their unique stage energy to Papas Beach Bash (Rosarito, MX), Life Is Beautiful (Las Vegas, NV), and Rolling Loud Bay Area (Oakland, CA). Tickets for Shoreline Mafia’s “Paid In Full Tour” are available for sale on September 6th. 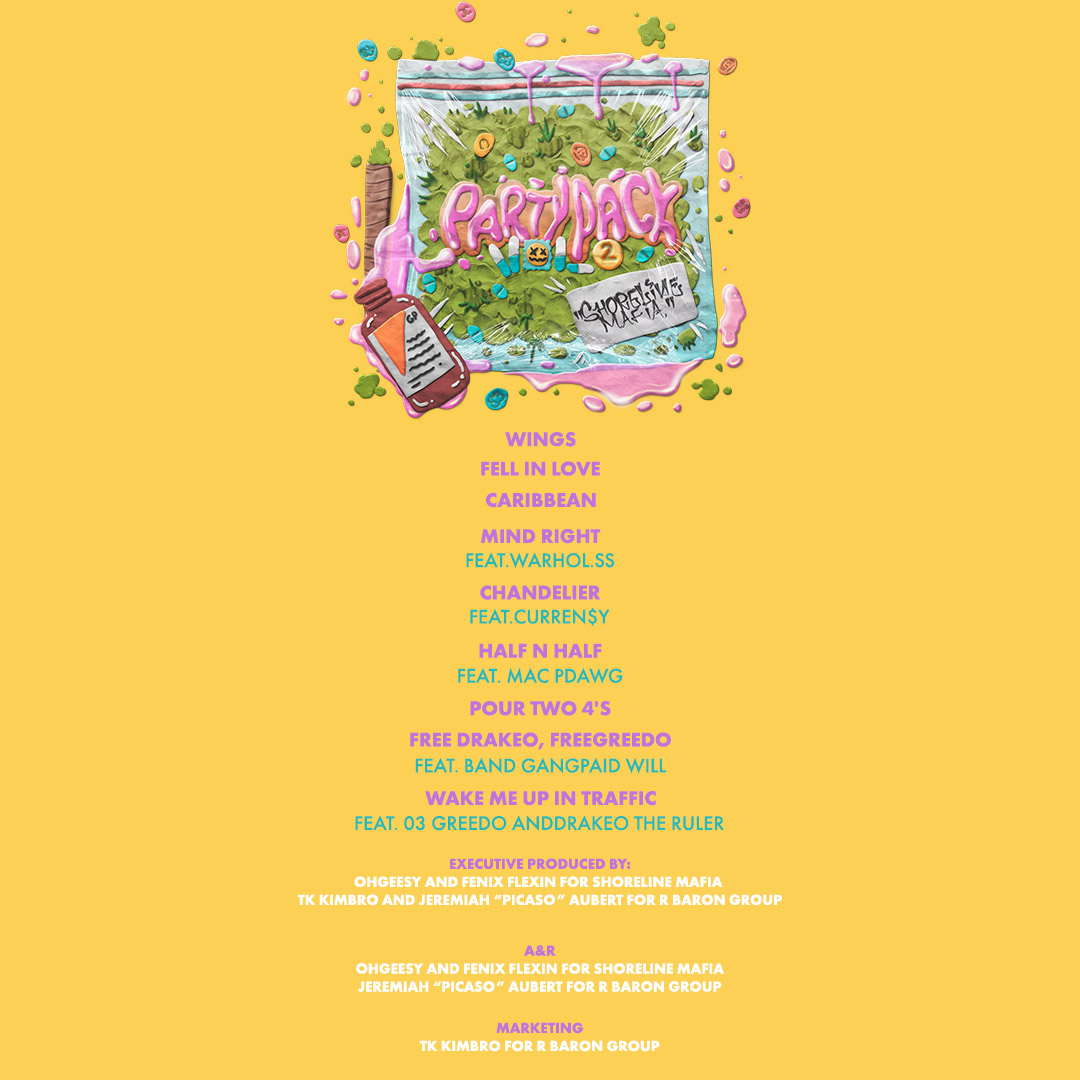 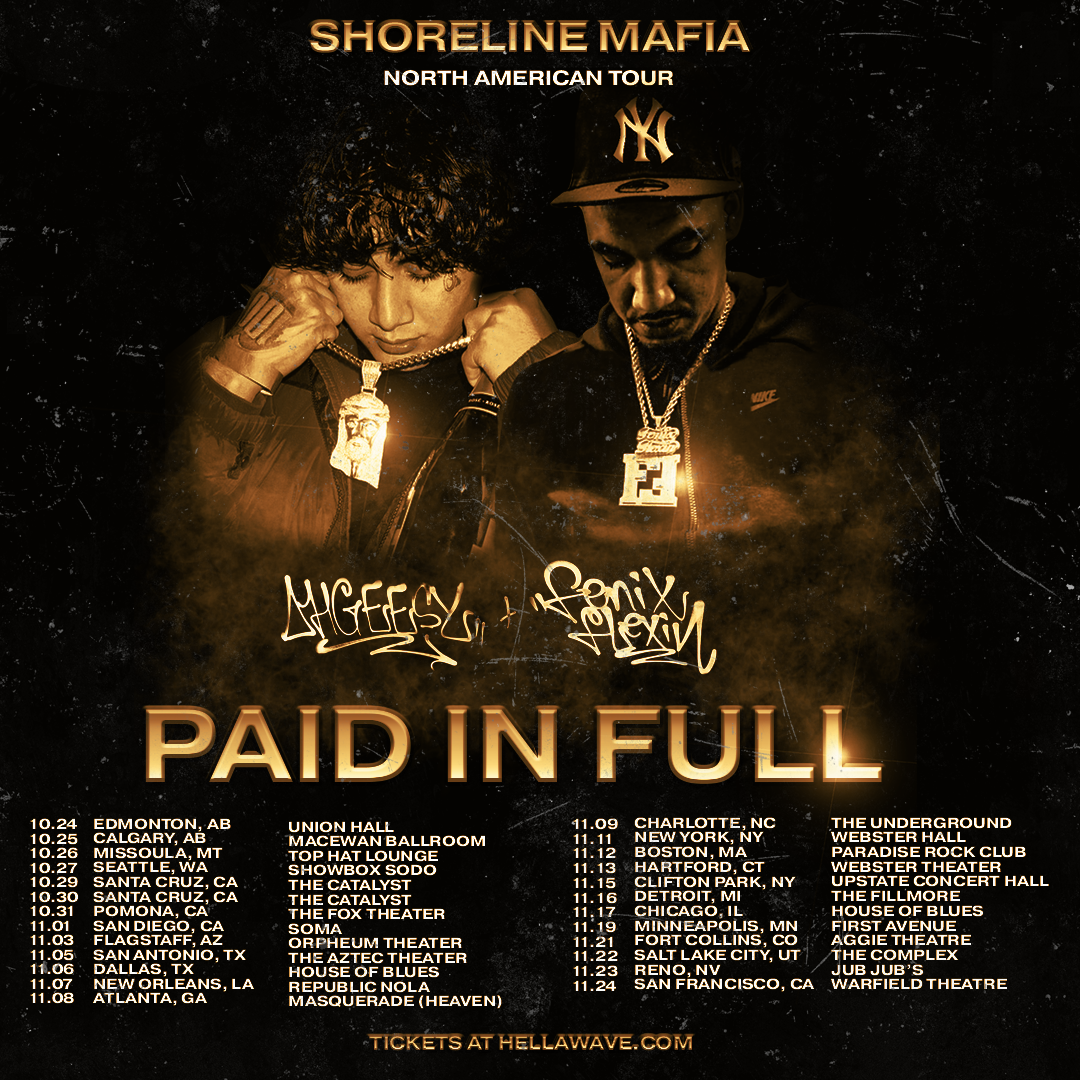 Shoreline Mafia isn’t a rap collective— it’s family. For OhGeesy  (real name: Alejandro Carranza), Rob Vicious (Robert Magee), Fenix (Fenix Rypinski) and Master Kato (Malik Carson), hip-hop follows an organic friendship from their native Los Angeles. The collective’s inception happened when OhGeesy and Fenix linked through MySpace in 2012 while doing graffiti in high school. “I had this n**** in my Top Friends,” OhGeesy laughs. “When we met, we had no idea we were gonna make music. But as we were hanging out, doing crazy shit. I got a laptop and began recording myself. Then, Fenix heard it and he was like, “I’m trying to make music too!”